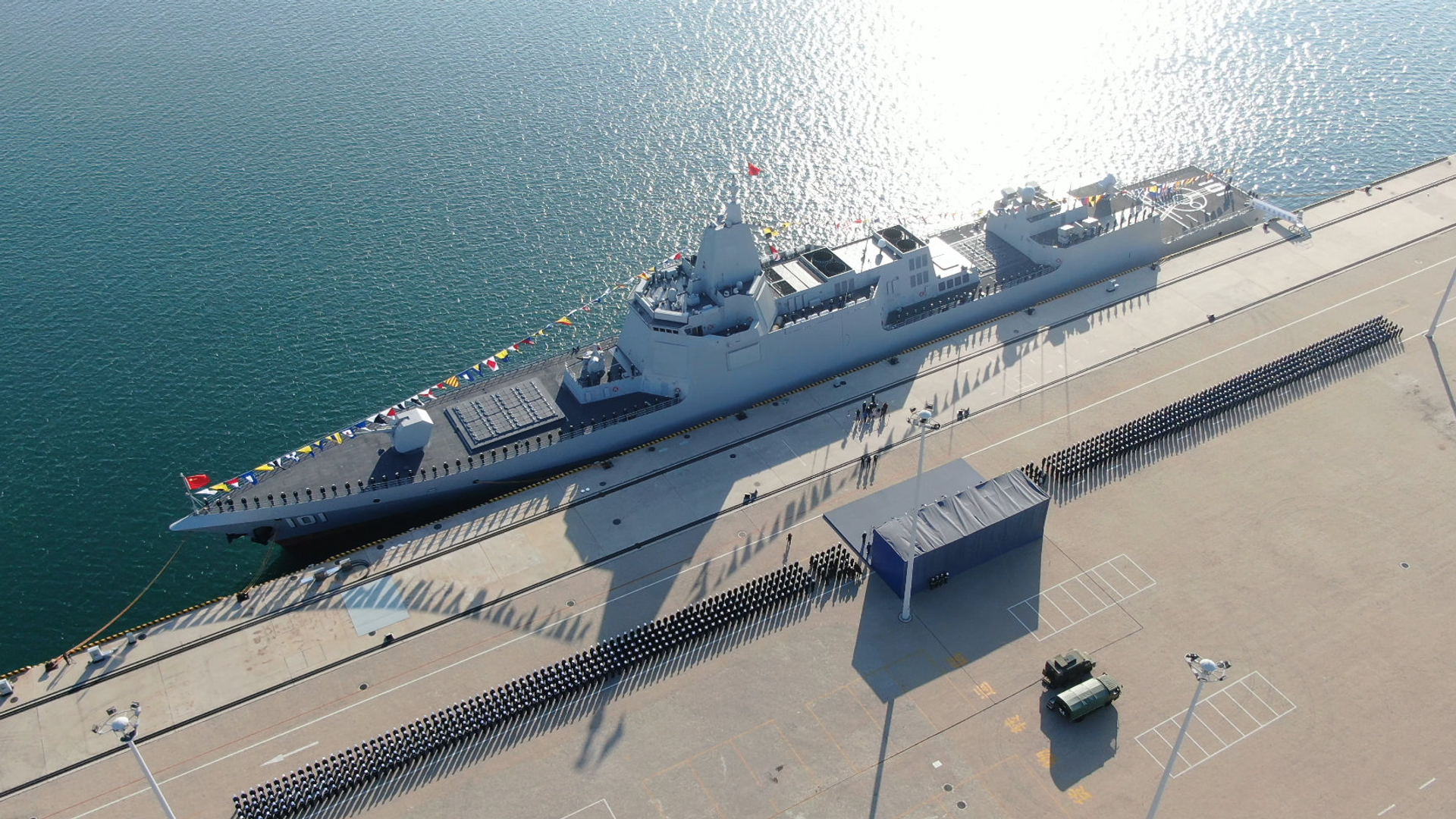 Morgan Artyukhina
All materialsWrite to the author
The Chinese navy’s rapid pace of modernization and growth has sent panic through US naval leaders, who have pushed for progressively larger fleet construction goals in an attempt to avoid being left in the dust by Beijing, whom Washington considers a “pacing threat.”

The second of China’s huge Type 055 guided missile cruisers has officially been commissioned into the People’s Liberation Army Navy (PLAN), the service recently announced. The advanced warship is the largest combat vessel in Asia and the second-largest destroyer on the planet.

Chinese media has reported that a second Type 055 destroyer has been added to the PLAN and christened Lhasa, after the capital of Tibet Autonomous Region, and given the hull number 102. The ceremony took place at a naval base in Qingdao, but it is unclear the exact date it occurred.

​Lhasa joined the Nanchang, which was commissioned in January 2020, but there are another six ships of the class in various stages of fitting out. The vessels weigh in at 13,000 tons of displacement when fully loaded, making them the largest such warships in Asia and only second to the US Navy’s Zumwalt-class warship, which are not yet in service. The Russian Navy also sports two of the Kirov-class missile cruisers, which the US considers to be battlecruisers due to their huge 28,000-ton displacement.

Among their formidable armaments are a variety of long-range anti-air, anti-ship and land strike missiles mounted in 112 missile tubes, as well as the new Harbin Z-20 helicopter, which can pursue its own anti-ship and anti-submarine missions. The Type 055s are expected to serve as primary escorts for the PLAN’s aircraft carriers, the third of which is expected sometime this year.

Lhasa is also equipped with a powerful dual-band radar that’s capable not only of detecting stealth aircraft, but can track satellites in orbit as well. American cruisers can also track satellites, and even carry the SM-3 missile, which was used in 2008 to shoot down a satellite in Operation Burnt Frost.

Other new Chinese warships, such as the Type 052DL, also carry the dual-band stealth-penetrating radar, which utilizes a meter-long wave to beat the technology. However, it isn’t nearly as precise as shorter-wave radars.