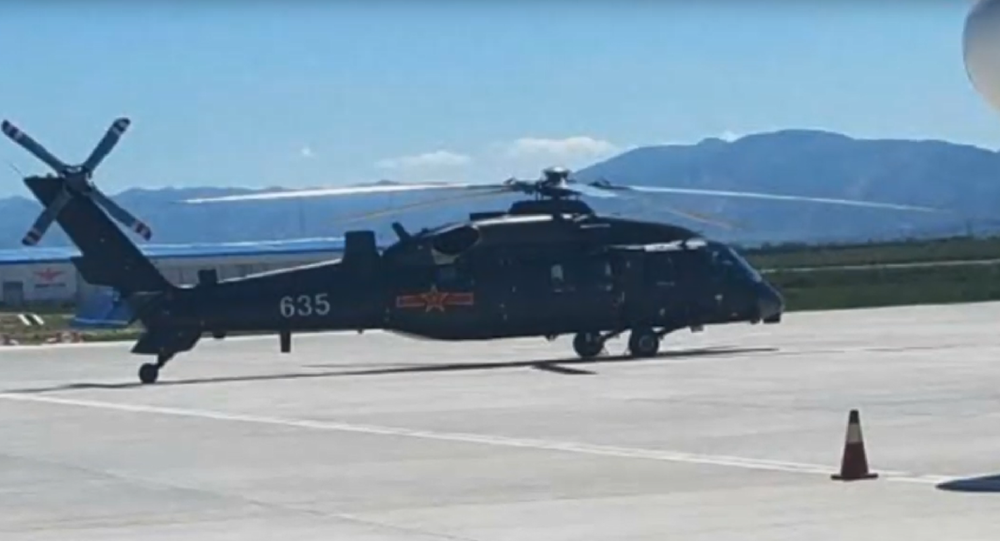 Additional details on China’s new Harbin Z-20 medium-lift transport helicopter, first made public at China’s military parade two weeks ago, have been revealed, while photos of its maritime version have also been leaked online.

According to Li Linhua, chief technology expert at the Helicopter Research and Development Institute of China’s Aviation Industry Corporation (AVIC), the Z-20 features a fly-by-wire flight control system, rather than older, manual controls. The fly-by-wire technology, which converts movements of flight controls into electronic signals, will decrease the Z-20’s weight, making it easier to fly, Defense News reported. The Z-20 has been part of the Chinese People’s Liberation Army’s service since late 2017 or early 2018.

​The Z-20 is powered by two turboshaft engines and resembles the American UH-60 Black Hawk, a medium-lift utility helicopter used by the US military and designed by Sikorsky Aircraft.

In addition, China is believed to be creating a maritime version of the Z-20, dubbed the Z-20F, to be used on People’s Liberation Army Navy warships. Photos of the Z-20F have appeared online and include a “cut-down rear horizontal stabilizer and a tailwheel that has been relocated forward to the front of the tailboom,” Defense News reported. The Z-20F is similar to the US Navy’s Seahawk helicopters.

Based off of photos shared online, the Z-20F likely contains an “air-data probe for flight tests,” housings that will most likely “contain phased array radars” and a “rotor hub” for “satellite communication equipment,” Defense News reported.

The Z-20F may be used for anti-submarine warfare, search and rescue missions and other operations on the Chinese Type 955 cruisers and aircraft carriers, according to Defense News. It may also be carried on the Chinese naval force’s Type 052D destroyers.