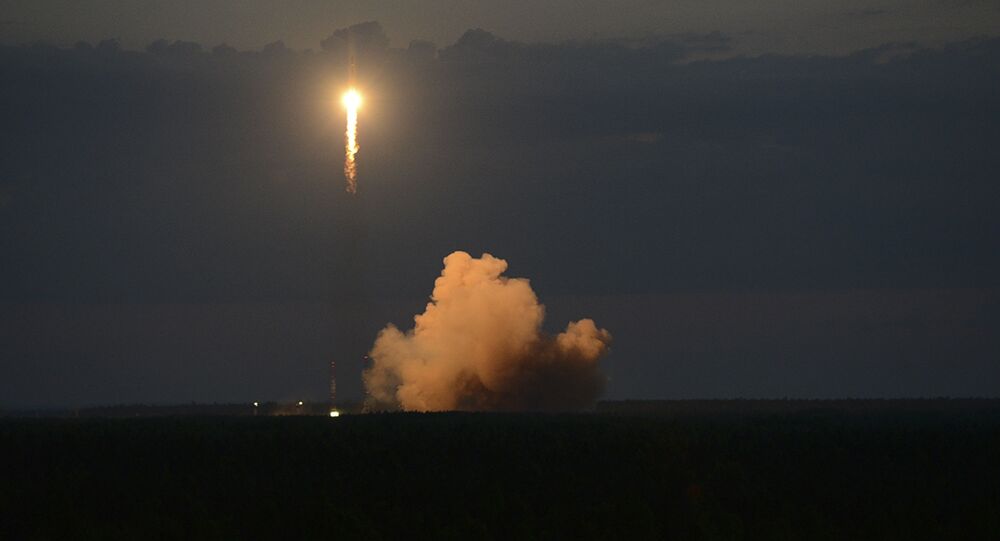 One of the US Space Force’s leading commanders recently blasted Russian space activities during the COVID-19 pandemic, claiming Moscow has an “increasing penchant for unsafe and what I would consider unacceptable behavior in space.” Meanwhile, the Pentagon is readying its own plans for militarizing outer space.

While Washington has generated no shortage of noise about the space activities of Russia and China, the Pentagon has been hard at work preparing for the militarization of space, as exemplified by the formation of the US Space Force (USSF) as a sixth branch of the US Armed Forces.

“Unfortunately in the case of the Russians, their increasing penchant for unsafe and what I would consider unacceptable behavior in space has not slowed down,” USSF Vice Commander Lt. Gen. David Thompson said Tuesday during a forum hosted by the Air Force-connected Mitchell Institute for Aerospace Studies think tank.

“I can’t tell you what they’re doing with their crews and their individuals, but based on their macro-level activities, their cadence has certainly not slowed down,” Thompson said.

Thompson’s comments come just weeks after the US Space Command claimed Russia had tested a direct-ascent anti-satellite (DA-ASAT) missile, which USSF Chief of Operations and SPACECOM Commander Gen. John Raymond called “further proof of Russia’s hypocritical advocacy of outer space arms control proposals designed to restrict the capabilities of the United States while clearly having no intention of halting their counterspace weapons programs.”

The test, according to The Diplomat, involved the PL-19/Nudol system, a missile defense system that has guarded European Russia from ballistic missile attack from its base at the Plesetsk Cosmodrome for more than 25 years.

Likewise, Russian Foreign Ministry spokesperson Maria Zakharova said two days after SPACECOM’s claims, on April 17, that the accusation was “an attempt by the United States to divert global attention from real threats in outer space and to justify the steps they're taking to deploy weapons in space, as well as to secure additional funding for these purposes."

A Long History of US Space Weapons

However, the US isn’t without its own anti-satellite capabilities. In February 2008, the US became the first country to successfully test a DA-ASAT missile when it blasted an inactive, 5,000-pound US reconnaissance satellite with hazardous fuel compounds on board that was in a decaying orbit. Dubbed “Operation Burnt Frost,” the mission saw a US Navy destroyer fire an SM-3 ballistic missile interceptor at the satellite, destroying it at an altitude of 150 miles.

That, in turn, followed the massive effort begun by the Ronald Reagan administration to develop a satellite-based missile interception network called the “Strategic Defense Initiative,” or more commonly, “Star Wars,” which explored basing laser, missile and even kinetic energy weapons in space to eliminate a potential nuclear response by an adversary or even strike at ground targets.

One such weapon devised for the program was the Beam Experiment Aboard a Rocket (BEAR), a neutral particle beam weapon the Los Alamos National Laboratory tested in space in 1989 before deciding it was too complex to be useful. Last year, the Pentagon attempted to revive the program and build a new neutral particle beam weapon, but quickly shelved the idea once again as too costly and ambitious.

The progenitor of the 2019 attempt was Michael Griffin, defense undersecretary for research and engineering, who is an avowed fan of directed energy weapons.

"In my opinion, we are no more than a few years away from having laser weapons of military utility," Griffin told the Center for Strategic and International Studies think tank in November 2018. "We need to have megawatt-class directed energy weapons in space for space defense. These are things we can do over the next decade if we can maintain our focus."