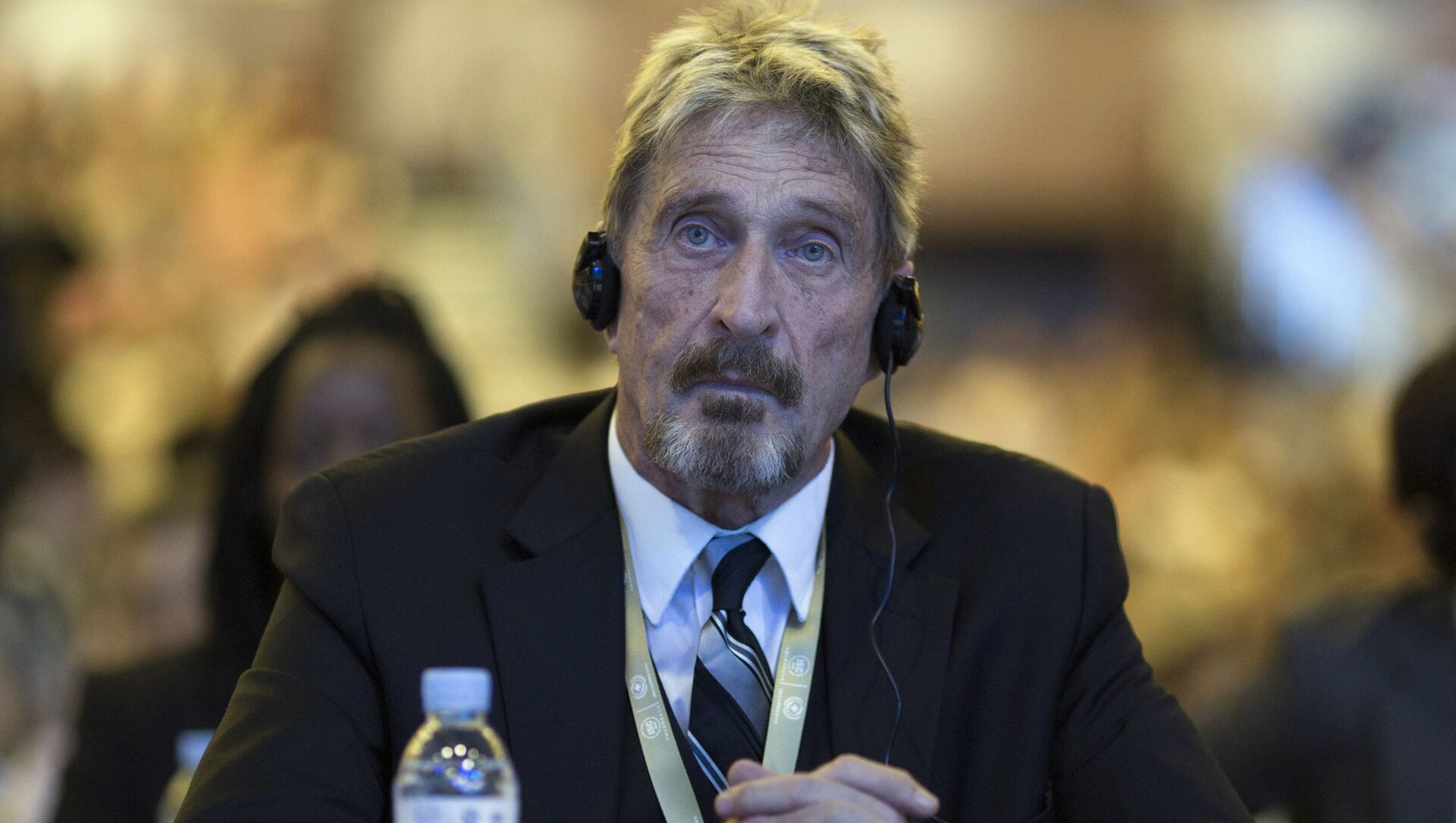 US federal prosecutors have accused antivirus software company founder and former CEO John McAfee as well as his associate of scheming to get millions of dollars from cryptocurrency investors.

According to the authorities, the IT entrepreneur allegedly bought large amounts of cheap cryptocurrency altcoins and then artificially inflated their market prices by aggressively promoting them online with “false and misleading endorsement tweets”, since McAfee has a significant following on the platform.

The US Justice Department alleges that “McAfee Team members collectively earned more than $2 million in illicit profits from their altcoin scalping activities.”

US Attorney Audrey Strauss said that McAfee and his associate also touted “various cryptocurrencies through false and misleading statements to conceal their true, self-interested motives.” McAfee and his team allegedly touted crypto fundraising events, taking money for promotion, earning “more than $11 million in undisclosed compensation that they took steps to affirmatively hide”.

Watson was arrested Thursday in Texas, but McAfee is currently being held in Spain, facing separate criminal tax evasion charges.

McAfee took to Twitter to defend himself and his team, saying that they were paid in the same coins that crashed and that “no one could have foreseen the altcoin market crash”.

My belief in the coins I promoted is exemplified by Docademic, the coin I promoted the most.

Even as it crashed I held every single coin allocated to me. I never sold a single coin. I believed in the company to the very end.

The eccentric millionaire enjoys a large following on Twitter, where he now mainly talks politics. He is not new to cryptocurrency advice, however, too: in 2017, he made a viral bet on his prediction that Bitcoin would top $500,000 in three years, staking no less than his 'gentleman’s sausage' and promising that if his prediction doesn’t come true, he would eat it “on national television”.

Although the very popular cryptocurrency experienced explosive growth last year and hit record highs last month, the price was still far from McAfee’s predictions, peaking at $58,332.36. The IT entrepreneur tried to postpone the mealtime several times through 2020, being reminded of his bet by Twitterati. Now the deal seems to be hung since McAfee is in prison.

3 years ago today, talk of the town. This is why I don’t make price predictions.

​McAfee resigned from the antivirus company he'd founded in 1994 but created a viral parody video explaining how users can uninstall the ill-famed software in 2013. He also sought the Libertarian Party’s nomination in the US presidential race in 2016 and 2020. The party didn't nominate him.

In 2012 McAfee fled Belize, where he'd resided for a number of years, after being sought by police as a “person of interest” in the death of his neighbour Gregory Faull.

In 2019, he was ordered to pay $25 million in damages by a Florida court in a wrongful-death lawsuit filed by the deceased neighbour's daughter, who claims that McAfee paid $5,000 to have Faull killed.

McAfee responded through Twitter he had no intention of paying the damages, on the basis that he has no funds to do so. He had also previously said that he "had nothing to do" with his neighbour's murder.