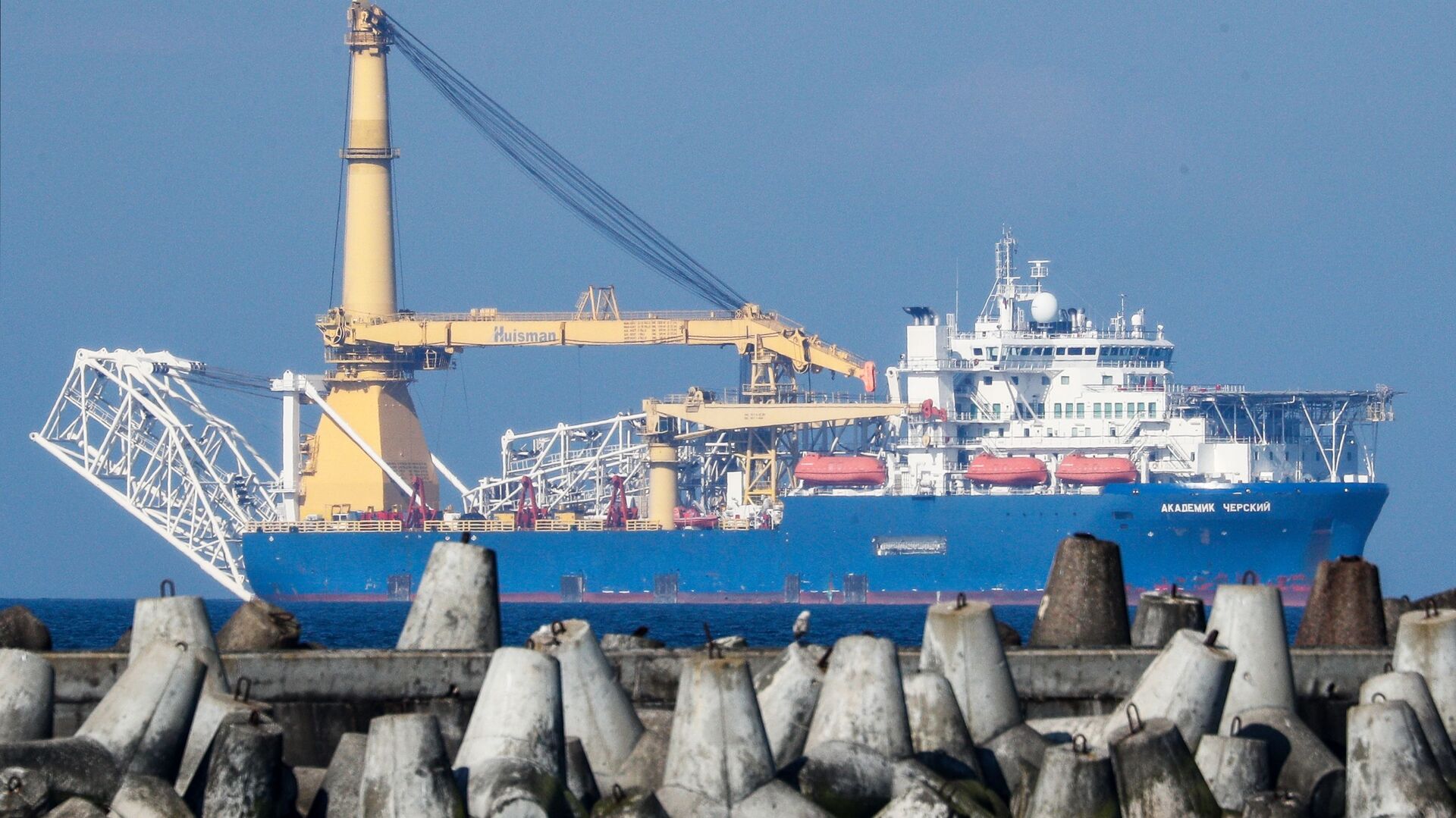 Ilya Tsukanov
All materialsWrite to the author
The Akademik Cherskiy, a Russian-flagged pipelayer ordinarily stationed in Russia's Far East, journeyed thousands of nautical miles around the world to the Baltic Sea to take part in the completion of the Nord Stream 2 pipeline. Since then, the ship has remained curiously unused, spending most of its time sitting in a German port.

The Akademik Cherskiy has left the German port of Wismar after spending over a month anchored there, online ship tracking data showed on Thursday.

Nord Stream 2 AG, the operator of the Russian-European energy infrastructure megaproject, has confirmed that the vessel is now heading for Kaliningrad for performance and preoperational testing, after which the ship is expected to join in pipelaying work in Danish waters.

The company indicated that it has already sent out the necessary notification to the Danish Maritime Administration, and promised that “all work will be carried out in accordance with the permits received.”

Meanwhile, the Danish Maritime Authority confirmed that work on Nord Stream 2 in its waters would continue to until at least the end of September, with a fresh notice on its website indicating that the Akademik Cherskiy would be joining the Fortuna, another Russian-flagged pipelayer, with construction to include work near Bornholm Island. Ships not involved in construction will be restricted from entering the immediate area.

We have no details regarding the pipe-laying plan (which string, when, etc.), but for sure it will speed-up construction process pic.twitter.com/x50MJTrKDO

Much-Watched Trip Across the Globe

The Akademik Cherskiy gained international celebrity status among energy experts in late 2019 when it was named to be one of the vessels which would complete Nord Stream 2 after Switzerland-based contractor AllSeas dropped out amid US threats of “fatal” sanctions. In the months that followed, the ship changed direction and its final destination multiple times over, zig-zagging its way into the Baltic Sea following a long trip around the Cape of Good Hope, instead of taking the more direct route through the Suez Canal and the Mediterranean, possibly to try to dodge US restrictions.

As international attention focused in on the pipelayer, other Russian-flagged ships quietly moved into position and prepared to start work to complete the pipeline network, with vessels including the Baltiyskiy Issledovatel, the Umka, the Ivan Sidorenko and the Fortuna entering waters in the western Baltic Sea for the job. In December, about 2.5 km-worth of pipeline were completed in German waters. On 6 February, construction also resumed in Danish waters. The Fortuna was slapped with US sanctions in July 2020, but has continued construction anyway. 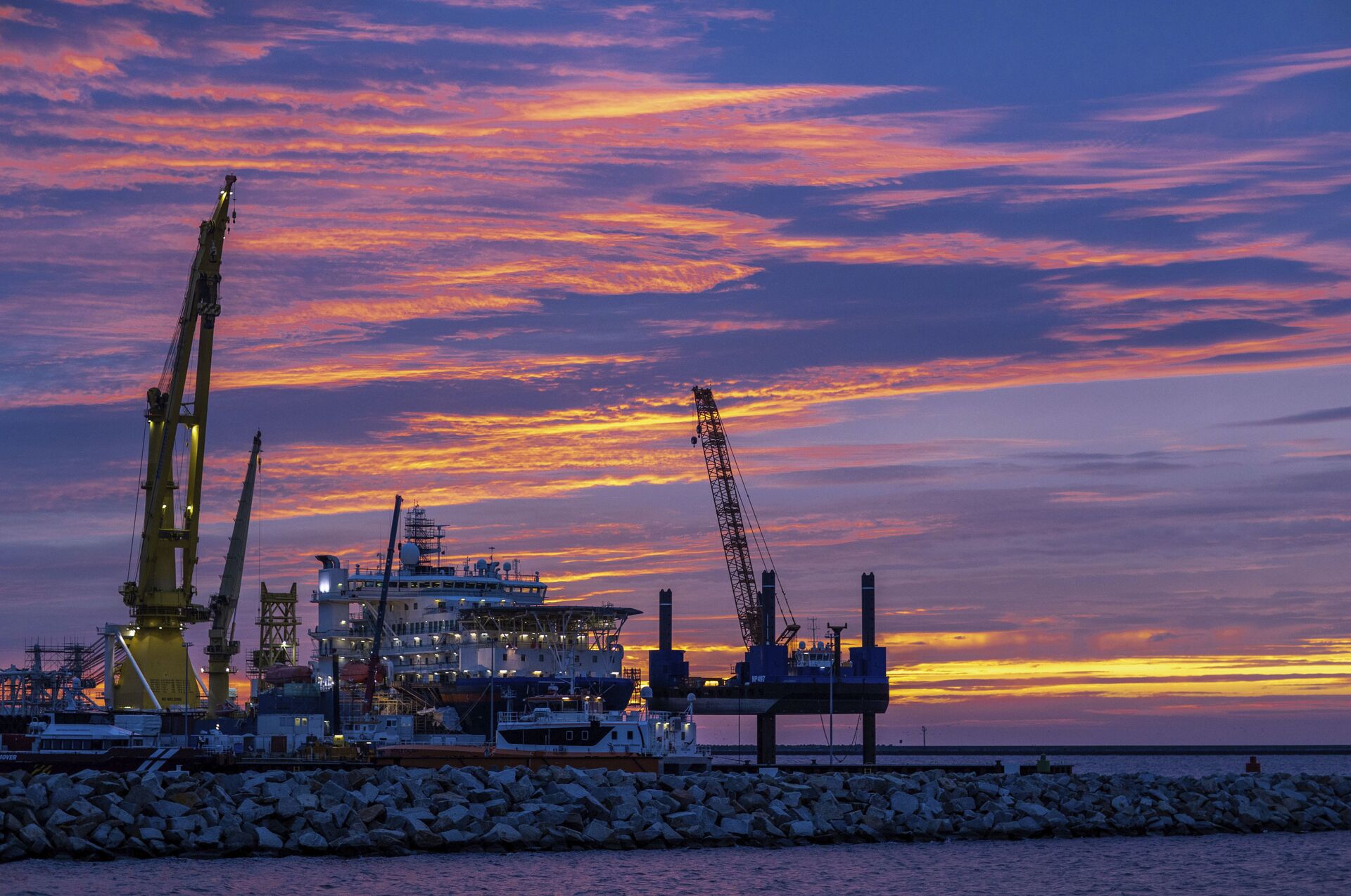 Also on Thursday, Uniper, one of the two German energy companies involved in Nord Stream 2 alongside Russia’s Gazprom and other Western European firms, announced that it had completed financing for the project, with four of the five Western European partners in the project having now done so. France’s Engie remains the only company that has not made a similar announcement on financing. Uniper committed some 950 million euros to the project, with its total cost conservatively estimated at 9.5 billion euros.

Along with Gazprom, Uniper and Engie, Germany’s Wintershall, Austria’s OMV, and the Dutch-UK concern Royal Dutch Shell are involved in Nord Stream 2.

The United States slapped Nord Stream 2 with two separate rounds of sanctions using the annual National Defence Authorisation Act bills in late 2019 and late 2020, with the sanctions packed into the must-pass year-end legislation alongside US defence spending.

Germany Rejects Potential US Sanctions on Nord Stream 2 as Encroachment on European Sovereignty
The sanctions have prompted some of Nord Stream 2’s junior partners to pull out. Along with AllSeas, several insurance and engineering firms have abandoned the project in recent months.

On Monday, the German government rejected the prospect of additional extraterritorial US restrictions, saying sanctions would constitute an “encroachment on European sovereignty.” Berlin also stressed that it has closely coordinated the issue of potential sanctions with its European Union partners.

Last week, US officials denied holding talks with their German counterparts on a potential side deal to allow the pipeline project to proceed. The reporting followed earlier rumours that Berlin and Washington were working on a deal to guarantee no further sanctions against Germany if Berlin committed to including a "shut off mechanism" connected to Russian policy.