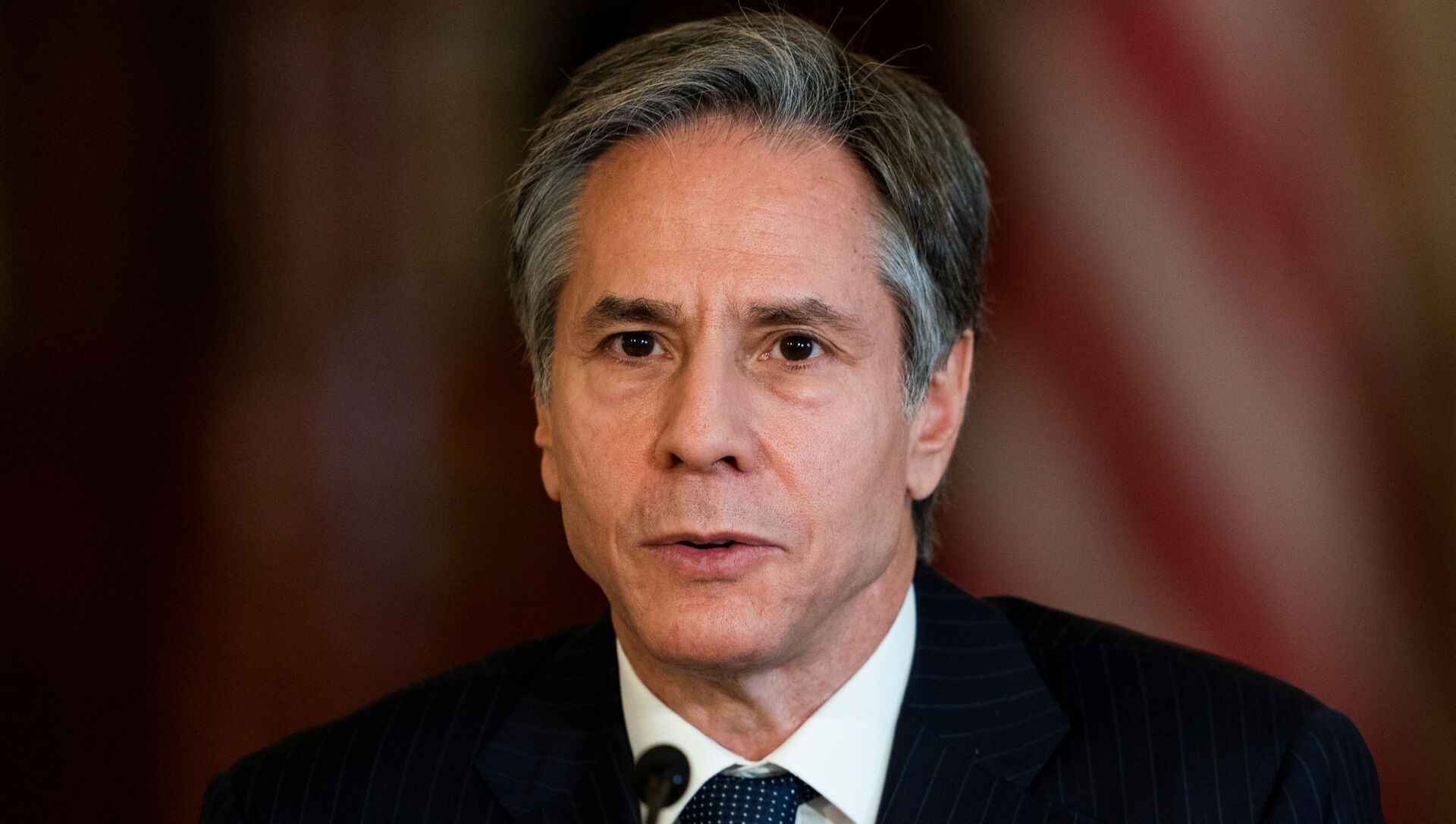 Daria Bedenko
All materialsWrite to the author
Earlier in the day, US intelligence released a report on the assassination of Saudi journalist Jamal Khashoggi, accusing the kingdom's crown prince, Mohammed bin Salman, of being involved in the murder.

The United States will prevent the entry of foreigners who engage in "serious counter-dissident activities" into the country under a newly-announced "Khashoggi ban", US State Secretary Antony Blinken stated on Friday.

According to the policy, individuals acting on behalf of a foreign government who "suppress, harass, surveil, threaten, or harm journalists, activists, or other persons perceived to be dissidents for their work", will be subject to visa restrictions in the US. Their family members may also face such restrictions.

"We have made absolutely clear that extraterritorial threats and assaults by Saudi Arabia against activists, dissidents and journalists must end. They will not be tolerated by the United States," Blinken said in a statement.

In his statement, the top US diplomat announced sanctions against 76 Saudi nationals who are "believed to be engaged in threatening dissidents overseas, including but not limited to the Khashoggi killing."

The murder of journalist and U.S. lawful permanent resident Jamal Khashoggi shocked the world. Starting today, we will have a new global policy bearing his name to impose visa restrictions on those who engage in extraterritorial attacks on journalists or activists.

The new policy to section 212(a)(3)(C) of the Immigration and Nationality Act, along with the Treasury sanctions, was rolled out shortly after the release by the Office of the Director of National Intelligence (ODNI) of the intelligence report on the murder of Saudi journalist and Riyadh insider Jamal Khashoggi that alleged that Crown Prince Mohammed bin Salman approved the operation to "capture or kill" the journalist.

The crown prince denies ordering the assassination, while acknowledging that he has gotten "all the responsibility" for the killing, since it "happened on my watch".

Khashoggi went missing in October 2018 after entering the Saudi Consulate General in Istanbul. Initially, Riyadh denied any knowledge about his fate, but later admitted that he was killed and dismembered while inside the consulate.

In 2019, the Saudi court sentenced eight suspects for their role in the journalist's death.