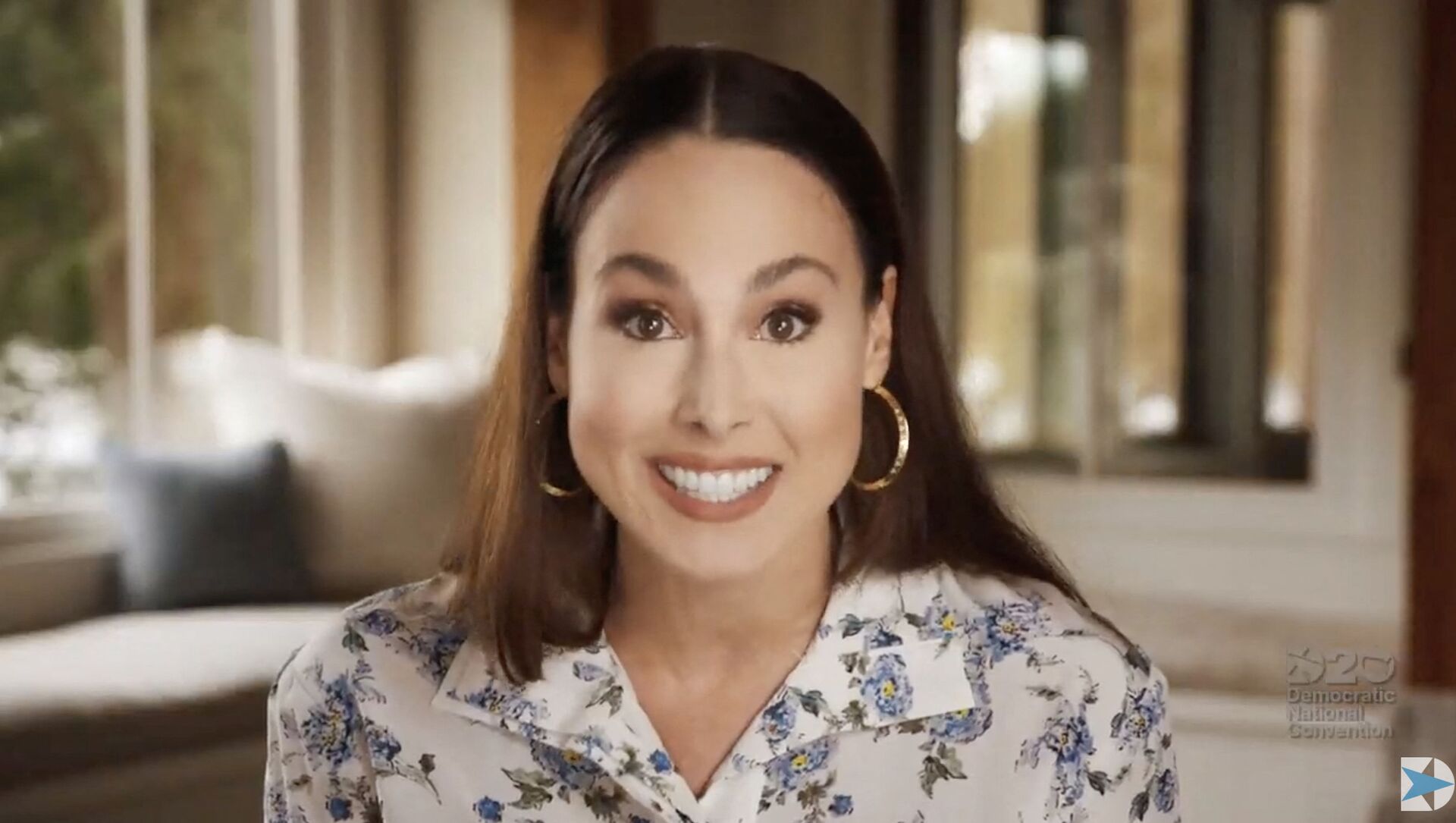 Max Gorbachev
All materialsWrite to the author
Meena Harris worked as a deputy campaign manager when Kamala was running for California Attorney General. She later worked as Head of Strategy & Leadership at Uber and an international law firm. Four years ago, she created a female-powered lifestyle brand that sells clothes with social slogans.

Several business deals of Kamala Harris' niece Meena have raised eyebrows in the White House, The Los Angeles Times reported, citing anonymous White House officials and former advisers to the politician. According to them, Meena's promotional activities and business endeavours may bring unwanted scrutiny to the first female vice president of the United States.

"Some things can't be undone. That being said: Behaviour needs to change", said an anonymous White House official.

According to The Los Angeles Times, after Joe Biden won the 2020 presidential election lawyers from the transition team told Meena that she can no longer release products that feature Kamala Harris or are somehow linked to her.

The 36-year-old did not reveal whether she continued to collect royalties from her book "Kamala and Maya's Big Idea". A White House official, however, told The Los Angeles Times that under the current rules she is not allowed to sell the book and other items.

At present, it appears that the younger Harris is continuing to use her aunt's status in her business. In December, she launched a production studio called "Phenomenal Productions", which together with a political group released a video to celebrate the historic inauguration of the first female vice president.

Prior to the inauguration, her fashion company "Phenomenal" announced a collaboration with audio products manufacturer Beats Electronics, also known as Beats by Dre. The special-edition headphones now feature a slogan popularised by Kamala Harris during her campaign: "The first, but not the last".

​She recently released another book called "Ambitious Girl", which tells the story of a young girl who embarks on a journey after seeing "a strong woman on TV" labelled as "too assertive" and "too ambitious", promotint it while appearing on the "Today Show".

And although Kamala Harris-themed products are no longer available on Phenomenal's website, Meena's business endeavours have raised concerns among the politician's former advisers.

"We've been attacking the Trumps for years on all of the gross grifting. We ought to be much cleaner", said an anonymous adviser, who spoke anonymously to avoid alienating the politician.

The Los Angeles Times writes that Meena has declined to answer questions and give an interview. The 36-year-old previously said that she will strictly adhere to the rules.

"Since the beginning of the campaign, I have insisted on upholding all legal and ethical standards. With regards to Phenomenal, it was always our plan to remove the likeness of the vice president from the website before the inauguration, and refrain from using her likeness in any products or campaigns going forward", Meena Harris said in a statement provided by a public relations firm.

Why Does This Matter?

As mentioned earlier, opponents of former US President Donald Trump criticised the Republican and his children for being involved in business deals. Joe Biden previously pledged that neither his relatives nor Kamala Harris' relatives will profit from their work in the White House.

"The vice president and her family will uphold the highest ethical standards and it's the White House's policy that the vice president's name should not be used in connection with any commercial activities that could reasonably be understood to imply an endorsement or support", vice presidential spokeswoman Sabrina Singh said in a statement.

The issue of conflict of interest is especially important for Biden as the Democrat has been accused of being involved in the business dealings of his son Hunter in Ukraine and China. In December 2020, Hunter revealed that federal prosecutors had launched investigation into his tax affairs. The president defended his son and maintains he did nothing wrong.