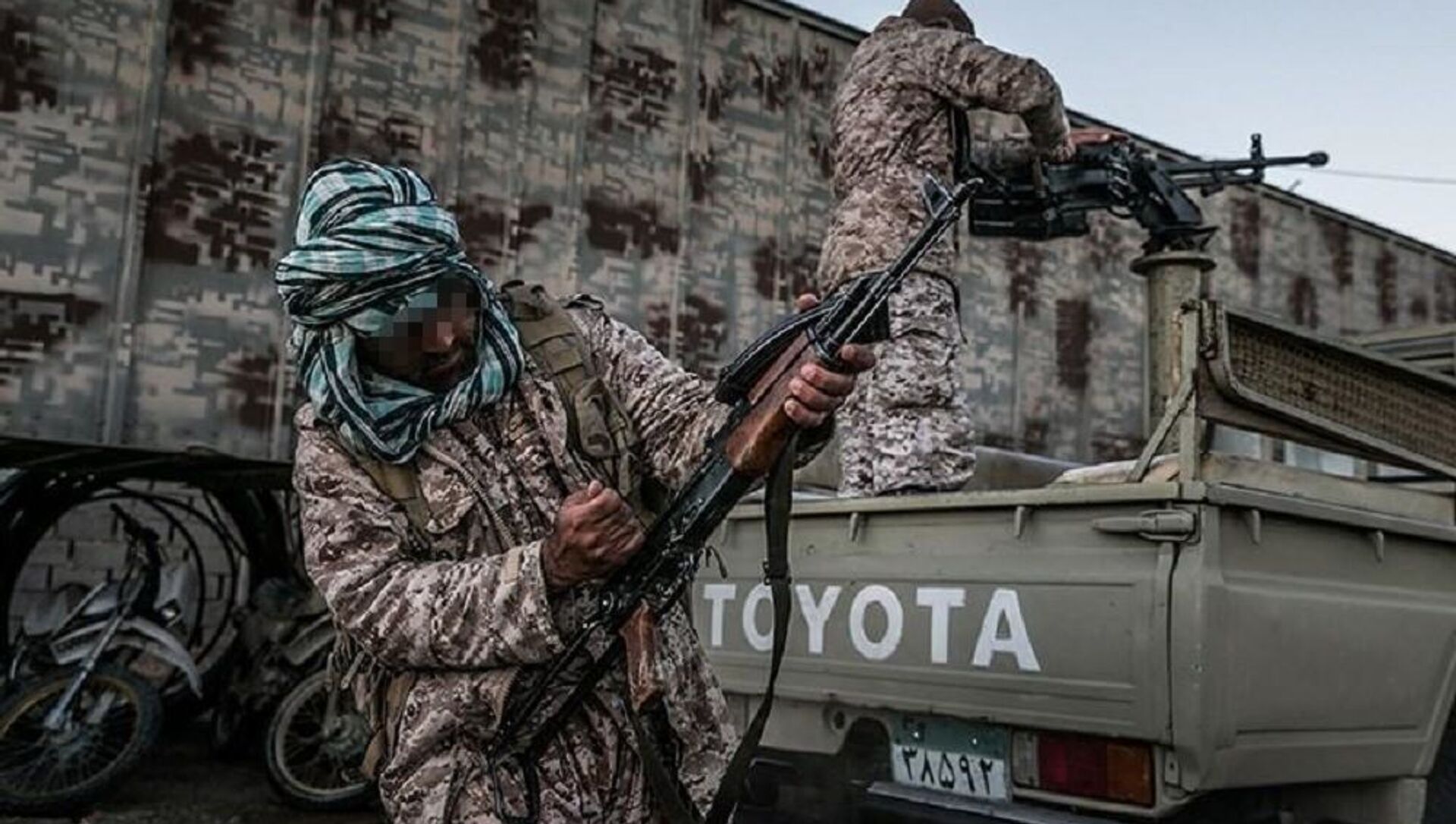 Oleg Burunov
All materialsWrite to the author
Over the past several weeks, Iran’s Armed Forces have conducted a series of exercises, as tensions between Tehran and Washington show no signs of ending.

Major General Hossein Salami, the commander of Iran's Islamic Revolutionary Guard Corps (IRGC), has stated that if combined, the offensive and defensive power of the IRGC's ground troops make it a "destructive" force to be reckoned with.

"If the real power of the ground forces is exercised, it will burn down the houses and nests of enemies", Salami said on the sidelines of a drill codenamed the Great Prophet 16, in southwestern Iran.

The general pointed out that the IRGC's ground troops "acquired their offensive power by using different [weapon] systems" and that these troops have "achieved fixed and mobile defence power on the ground against enemies".

He also touted the Great Prophet 16 exercises, which Salami said "showcased a combination of all the main elements of the IRGC's ground combat power".

On the heels of the anniversary of the Islamic Revolution, #Iran's #IRGC-Ground Forces started its Great Prophet 16 military exercises today in the southwest of the country. It included some exercises like this: 1/2 pic.twitter.com/j9PGvNsYtg

The exercises were the latest in a series of drills that Iran has held over the past few months amid increasing tensions with the US.

In mid-January, hundreds of Iranian scientists urged the IRGC's Aerospace Force to destroy any US warplanes, especially B-52 bombers, and American warships if they trespass Iran's borders.

In a letter to IRGC Aerospace Commander Brigadier General Amir Ali Hajizadeh signed by 840 university professors, they reportedly referred to him as the "Conquerer of Ayn al-Asad", in an apparent nod to the IRGC Aerospace Force's missile strikes on US airbases in Iraq last year.

The letter came a few days after Rear Admiral Alireza Tangsiri, the commander of the IRGC's Navy, stated that the Islamic Republic "has full control" of the Persian Gulf and that it "dominates the entire waters".

Tangsiri also insisted that the US "has no option but to withdraw from the Gulf region", which he said is "home" to Iran and "Muslim countries on the southern rim" of the area.

This was preceded by Iranian Foreign Minister Javad Zarif in late December pledging that Tehran "will openly and directly defend its people, security, and vital interests" amid Washington's military build-up near its borders.

He tweeted that he had received intelligence from Iraq of a "plot to fabricate [a] pretext for war [against the Islamic Republic]". Zarif also accused the US of wasting "billions [of dollars] to fly the B-52s and send armadas to our [Middle Eastern] region" instead of focusing on fighting the COVID-19 pandemic.

IRGC Commander Vows 'Harsher Revenge' to Come in Near Future Over US Assassination of Soleimani
In another development in December, the US Navy announced that an Ohio-class nuclear-powered submarine, the USS Georgia, and accompanying cruisers had crossed the strategically important Strait of Hormuz, in an apparent show of force.

US-Iranian relations, which have been tense since Washington's unilateral exit from the Iran nuclear deal in May 2018, escalated in January 2020, when top IRGC commander General Qasem Soleimani was killed in a US drone strike authorised by then-President Donald Trump.