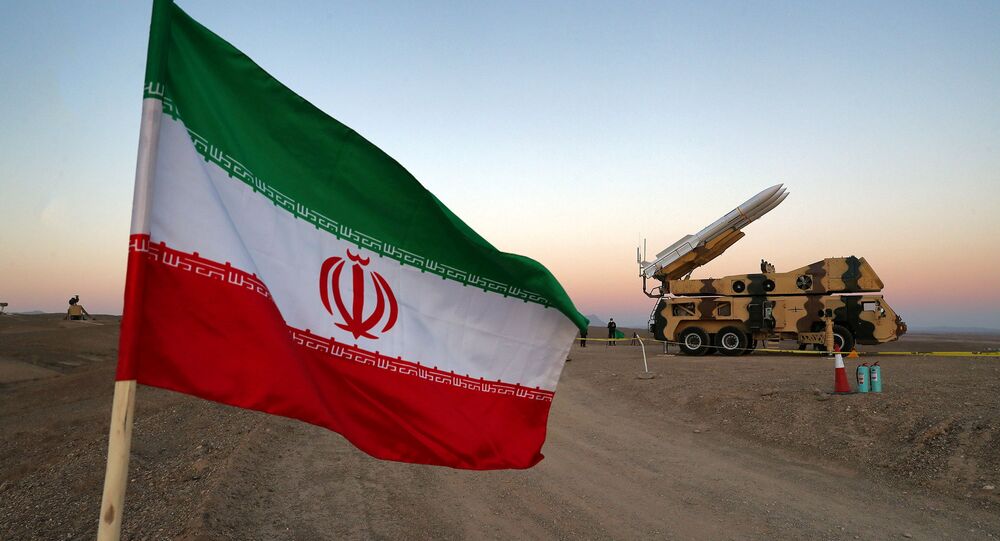 On Thursday, the Pentagon announced that the carrier strike group led by the USS Nimitz, the sole US aircraft carrier in the Middle East, would be heading home following a deployment of nearly 10 months. The drawdown comes despite rising tensions between the US and Iran, and the recent deployment of US bombers and a missile sub to the region.

Iran has no worries or concerns when it comes to any foreign power, and is prepared to defend its vital interests, Maj. Gen. Hossein Salami, commander of the Islamic Revolutionary Guard Corps, has said.

“Iran has no worries. We are ready to defend our independence, vital interests and achievements of our great Revolution as we have demonstrated over the past 41 years,” Salami said, speaking at a ceremony marking the approaching one year anniversary of the death of Quds Force Commander Qasem Soleimani on Friday, his remarks cited by Tasnim.

“Today, we have no problems, worries nor concerns to face any military power,” the IRGC commander emphasised.

Salami went on to suggest that the recent US decision to beef up its military activities in the Persian Gulf and the Sea of Oman was connected to the “great mistake” it made by killing Soleimani, and the fear of a possible Iranian reaction on the anniversary. “They are taking a series of steps to save themselves from this horrible nightmare they feel, but we have braced ourselves for any scenario,” he said.

The commander also commented on sentiments expressed by other Iranian military leaders and diplomats this week about the possibility of Iran exacting “revenge” for Soleimani without the use of force. “Hard revenge is not a point but a path,” he said. “The hard path of revenge is the path of the collapse of the Zionist regime and the collapse of American political domination over the region and the expulsion of the United States from the region.”

© Flickr / Official US Navy Page
Pentagon Recalls USS Nimitz Amid High Tensions in Mideast Over Purported Iranian ‘Threat of Revenge'
Salami’s remarks come less than a day after the Pentagon’s announcement that it would be bringing the USS Nimitz aircraft carrier back home from the Middle East. The carrier, ordinarily based in Bremerton, Washington State, was scheduled to return to port before the end of 2020, but was held up in the region in early December amid tensions between the US and Iran.

Tensions spiked on 20 December after eight rockets landed in Baghdad’s Green Zone, which houses the US Embassy compound. The US blamed Iranian “proxies” for the assault. Tehran and its Iraqi militia allies vehemently denied any involvement, and called the timing of the attack “very suspicious.” On Thursday, Foreign Minister Mohammad Javad Zarif said Iran had obtained intelligence from Iraq indicating a US “plot to fabricate [a] pretext for war” with Iran.

On Wednesday, USCENTCOM, the Pentagon command responsible for US operations in the Middle East, announced the deployment of Air Force B-52H strategic bombers to the Middle East to “underscore the US military’s commitment to regional security.”

Before that, on 21 December, the USS Georgia Ohio-class guided missile sub with as many as 154 Tomahawk cruise missiles onboard transited the Hormuz Strait into the Persian Gulf. Tehran dismissed that deployment and other US military activities in its region as a “show of defiance and fear.”

Guided-missile submarine USS Georgia (SSGN 729) transits on the surface of the Arabian Gulf.#AmericasAwayTeam is always on watch - ensuring maritime stability & security in the critical waters of the Central Region. pic.twitter.com/fOGeBIXvsg

Last week, USCENTCOM Commander Gen. Kenneth "Frank" McKenzie indicated that the Middle East was “in a period of heightened risk,” but also stressed repeatedly that the US was “not looking for war with Iran.”

Iran does not have a nuclear or chemical weapons arsenal, and has a limited capability to threaten the US homeland in any meaningful way. But it does have a large arsenal of conventional ballistic and cruise missiles capable of striking US bases and allies in the Middle East, with the Washington-based Centre for Strategic and International Studies calling this cache “the largest and most diverse” in the region and estimating that it contains thousands of missiles. Iran says its missiles are its main deterrent against foreign aggression, and has resisted all efforts by the US and its allies to try to restrict its missiles’ throw weight, range, or numbers.

US Started, Ended 2020 With Aggression Toward Iran

Iran Tells IAEA It Plans to Push Uranium Enrichment Up to 20%, the Level Achieved Before JCPOA