Bill Gates and His 'War on Cash' Suffer Partial Defeat at the European Court, Economist Explains 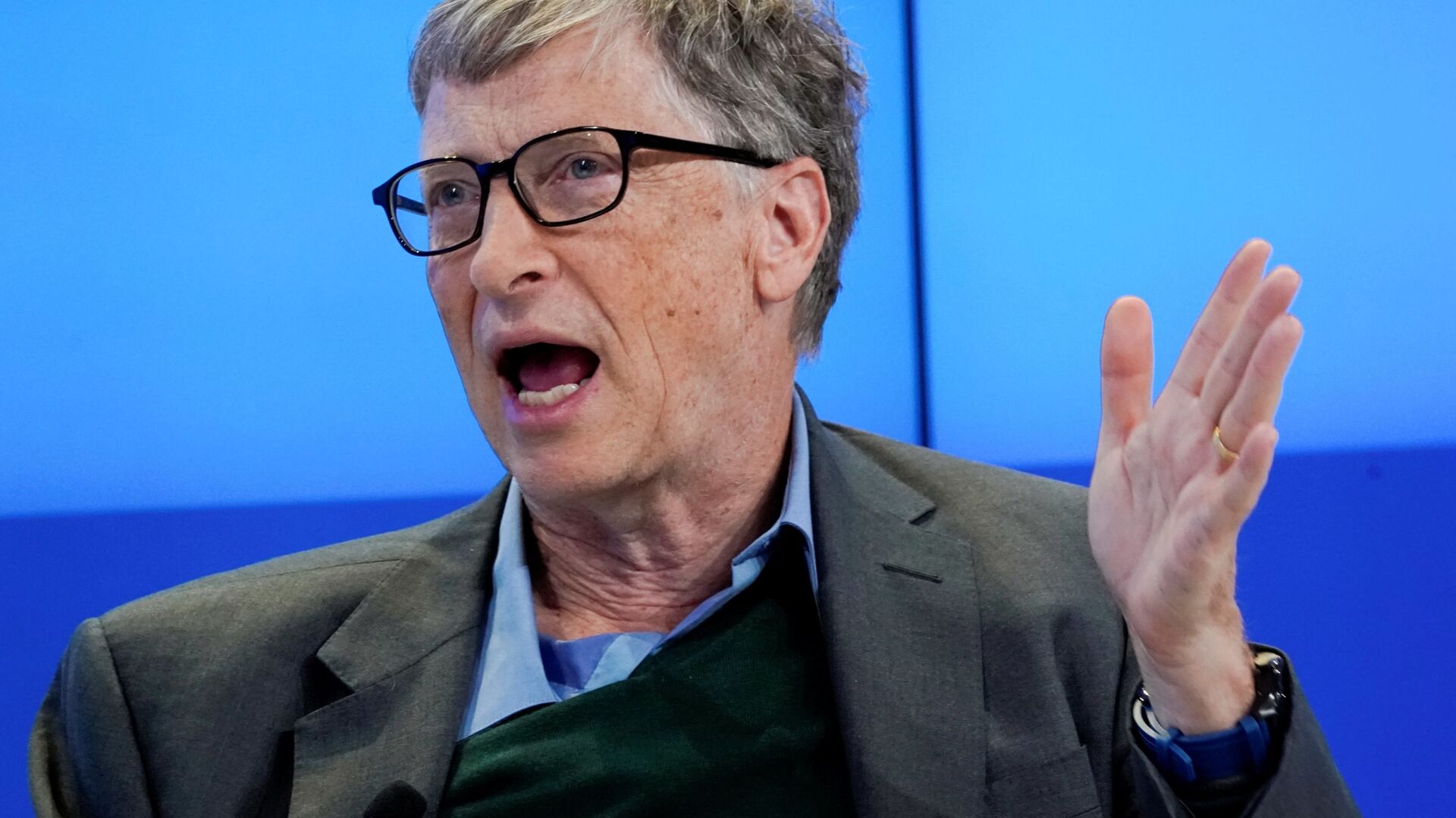 Mohamed Elmaazi
All materialsWrite to the author
Major financial institutions such as Visa and Mastercard along with the International Monetary Fund, billionaire Bill Gates and the US Treasury, have been lobbying for cash to be abolished worldwide and replaced with digital only currencies.

Norbert Häring holds a PhD in economics and is co-founder and co-director of the World Economics Association, the second largest association of economists worldwide. Dr Häring is a financial journalist and author of popular books on economics. He also maintains a blog discussing economic and financial matters called "Money and more".

Häring's two most recent books cover the campaign to abolish cash. The latest "Schönes neues Geld" (Brave new money) was published in German in 2018 and recently translated into Chinese.

In 2015, Häring initiated a lawsuit within the German court system for the right to pay his fees to public broadcasters in cash. Certain legal aspects of the case made their way to the European Court of Justice (CJEU). On 26 January 2021, the Grand Chamber of the CJEU made its ruling and Häring spoke with Sputnik to discuss its implications.

Sputnik: What exactly did the European Court of Justice decide in its recent ruling regarding the ability of public authorities to curtail the use of cash?

Dr Norbert Häring: I had sued a public broadcaster for their refusal to let me pay the obligatory fee with the legal tender euro banknotes and coins. The highest German administrative court had asked the CJEU to clarify if national rules regulating the meaning of legal tender are still valid and - if not - what European law would say on the issue at hand.

The CJEU has ruled that national governments remain free to issue laws that would force all public entities, or even private ones, to accept euro cash, but also to pass laws which restrict this obligation to accept cash. The condition is that this cannot be done with the purpose of regulating what legal tender entails. It is a very complex ruling, with very questionable arguments, which I take to be a very political one.

It is best understood from the desired outcome, which is ex-post legalisation of existing restrictions on the acceptance of cash. The ruling is very close to the intervention of the EU Commission during the hearing, which was by far the most hostile to cash of all the interventions that were given.

Sputnik: Where can we find the submissions made by the EU Commission in your case?

Dr Norbert Häring: The EU-Commission, the ECB and the governments of Germany, Italy and France submitted opinions during the proceedings. These were marked as confidential, so I cannot publish them.

Sputnik: What impact will the European Court's decision have on the German courts in respect of your case?

Dr Norbert Häring: It is not clear, yet, what the impact on the final ruling of the German court will be. If the Bundesverwaltungsgericht were to follow the arguments of the CJEU very closely I would lose my case, since the CJEU sees a right to pay cash only for those who do not have a bank account. However, I am confident that the German court will judge the question of whether the restrictions to accepting cash are necessary and proportional in a way that is more favourable to my case. We will have to see.

Sputnik: How does this decision impact the "War on Cash" being pushed by the likes of Bill Gates, the IMF and various credit and banking institutions?

Dr Norbert Häring: On the supranational, European level the ruling has opened the gates for more restrictions. The EU Commission has reacted quickly and announced that they intend to push for a uniform upper limit for cash payments in the EU.

Sputnik: Would you consider this decision a victory for those who oppose the push towards a cashless society?

Dr Norbert Häring: Hardly. At best, if the Bundesverwaltungsgericht issues a cash-friendly ruling, the push to abolish cash is held up a bit in Germany. However, the good thing is that, this court case has contributed to bringing the war on cash into the open. In the longer term cash cannot be preserved if there is no public awareness of the issue and no public resistance.

Sputnik: What kinds of policies regarding cash and digitisation might we see emerging, now that the CJEU's Grand Chamber has made this ruling?

Dr Norbert Häring: On the bad side, the EU Commission will feel emboldened to push for new restrictions [on the use of] cash. I don't really want to imagine what they might come up with besides cash limits. They tend to be quite creative. On the positive side, the court has made it clear that national and even subnational laws and statutes which force establishments to accept cash are legal from a European perspective. So citizens can push for such laws now, as they have been enacted in various US states and communities already.

Sputnik: Is this the end of the road so far as your legal case is concerned?

Dr Norbert Häring: I am willing to go all the way to the German constitutional court, if necessary, i.e. if the Bundesverwaltungsgericht should not give due consideration to basic rights like privacy, protection of private property and freedom of contract. But I hope that this will not be necessary.

Sputnik: Has resistance to the "War on Cash" increased or changed in any way over the last year?

Dr Norbert Häring: Recently, Bundestag Vice-President Wolfgang Kubicki of the opposition party FDP announced his intention to propose a law, which would make it obligatory in Germany to accept Euro cash for payment. This would be a very useful initiative to get the public debate going about potential remedies to the anti-cash trend, which the majority of the population dislikes.

*This article was updated on 10 February 2021 to include additional responses regarding EU Commission intervention into the case and resistance to the "war on cash".