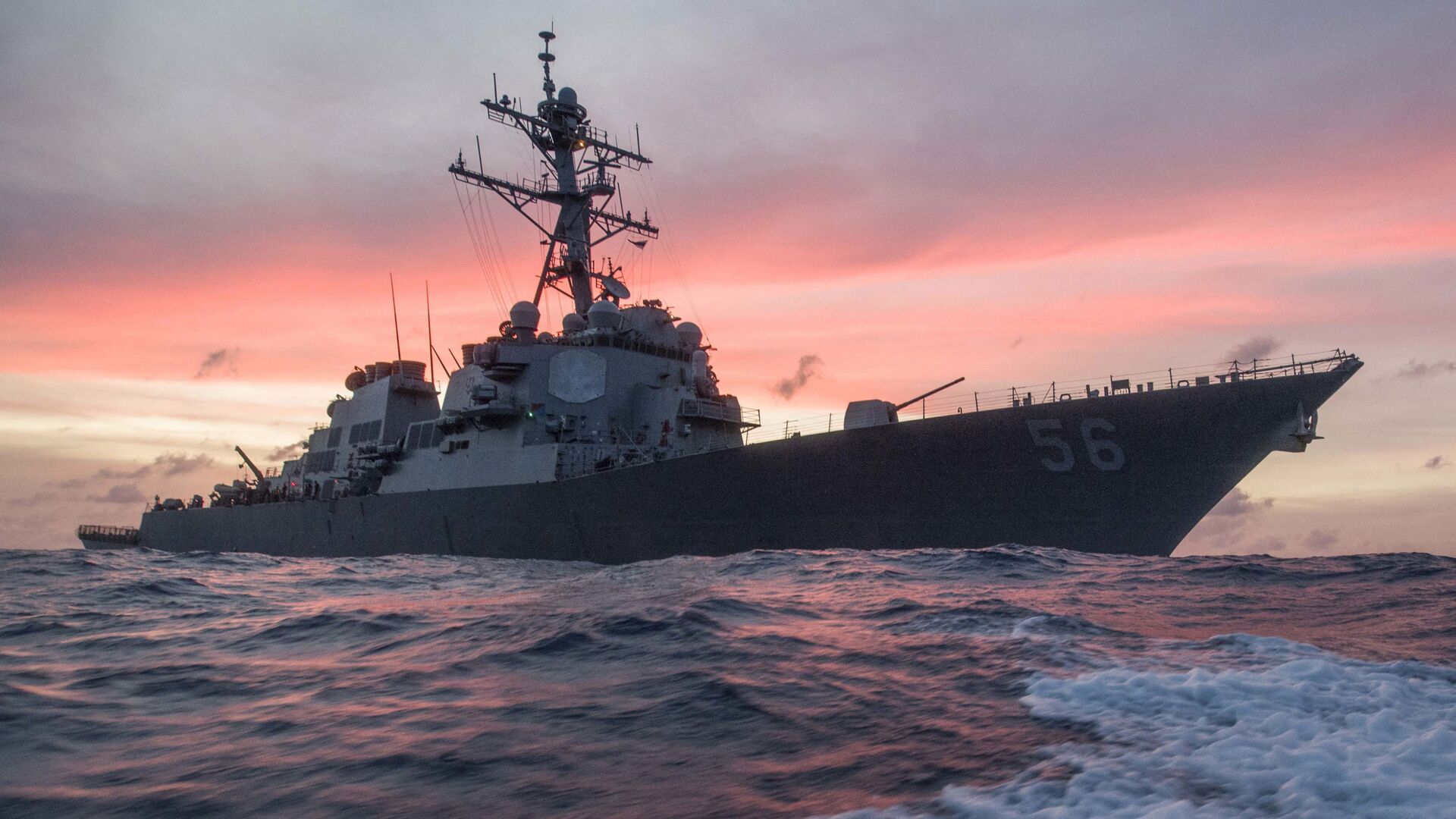 Kirill Kurevlev
Correspondent
All materialsWrite to the author
While officially adhering to the "One China" policy, the US has provided up to $13 billion in arms to the island state in the past four years, including missiles capable of hitting targets around the Taiwan Strait, and frequently conducts what it calls "freedom of navigation" operations in the region.

The US Navy destroyer USS John S. McCain passed through the Taiwan Strait on Wednesday, in what has become the first transit through the disputed waterway since President Biden took office, the US Navy's 7th Fleet stated.

According to the press release, the vessel transited the 100-mile-wide strait under international law, aimed to address Chinese maritime claims.

A photo of the ship leaving its homeport in Yokosuka, Japan, apparently to head to the South China Sea was being shared online, as well as the possible GPS tracking of the vessel.

China condemned the US Navy maneuver as an "old trick to manipulate" the situation in the strait, and the USS John McCain's passage was "tracked and monitored" the entire time.

"The US move to send warship to sail through the Taiwan Strait and hype it publicly is an old trick to "manipulate" the cross-Strait situation. China is firmly opposed to that,” said Senior Colonel Zhang Chunhui, spokesperson for the PLA Eastern Theater Command.

On Thursday, the Chinese military performed a high-altitude intercept test for missile defense, which was "defensive in nature and not targeted against any country." China has consistently criticized advances in American missile defense as destabilizing for the region.

Since mid-December, the passage of the USS McCain was the Navy's third in the area and comes amid increased US-China tensions, including Chinese warplanes' simulated attacks on US targets near Taiwan's air defense zone last week.

World
US to Help Taiwan Maintain ‘Self-Defense Capability,’ State Department Says
Under the Trump administration's approach of stepped-up naval and aerial operations aimed at pushing back against what the Pentagon regards as increasing Chinese military hegemony in the region, a total of 13 Navy warship passages were conducted last year.

Beijing has accused Washington of building up its miitary presence and undermining stability in the South China Sea by sending warships to the region. In addition to that, the US is selling billions of dollars in arms to Taiwan.

During the last month of the Trump administration, Secretary of State Mike Pompeo also said the US was lifting the "self-imposed restrictions on the US-Taiwan relationship", further raising tensions between Washington and Beijing.

On Wednesday, the Biden administration said that the US continues to adhere to "One China" policy notwithstanding tensions between Washington with Beijing and the close relations the United States continues to foster with Taiwan. The policy asserts that there is only one sovereign state called China.