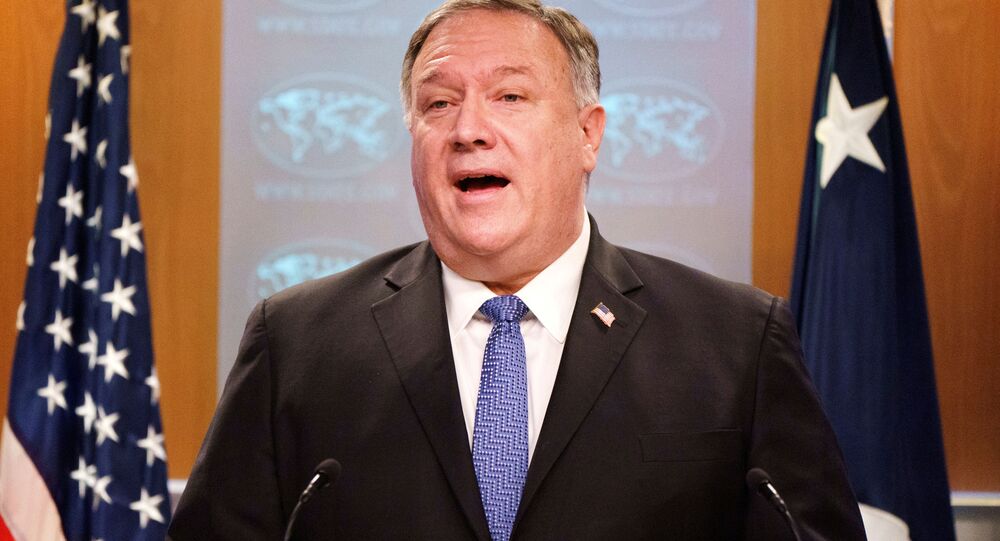 Pompeo Says Lifting US 'Self-Imposed Restrictions' on Relations With Taiwan

The news comes as US Ambassador to the United Nations Kelly Craft is set to visit China's Taiwan on January 13-15, where she is expected to meet with senior diplomats.

US Secretary of State Mike Pompeo announced on Saturday that he is lifting the "self-imposed restrictions on the US-Taiwan relationship".

According to the statement, it includes cancelling regulations concerning contacts held between US and Taiwanese officials.

"Today I am announcing that I am lifting all of these self-imposed restrictions. Executive branch agencies should consider all "contact guidelines" regarding relations with Taiwan previously issued by the Department of State under authorities delegated to the Secretary of State to be null and void," Pompeo said.

Wow: Pompeo announces lifting of 'self-imposed restrictions' on US-Taiwan relationship, including lifting of regulations on US officials and service members' interactions with Taiwanese government counterparts pic.twitter.com/eAmnBYdimX

Tensions High as US Steps Up Engagement With Taiwan Authorities

The United States, along with many other countries, does not recognize Taiwan as a sovereign nation and officially sticks to the "One China" policy. After severing ties with the island in 1979, the US has, nevertheless, maintained informal relations with Taiwan, which China views Taiwan as its breakaway province, and, therefore, Beijing has been uneasy over Taiwan's cooperation with Washington, especially in the military sphere.

In response to arms deals with Taiwan, Beijing said it would impose sanctions on Lockheed Martin, Boeing and Raytheon.

In addition to that, the US has ramped up its military drills in the region. In December, the destroyer USS Mustin sailed through the Taiwan Strait, which Washington insists is part of international waters. Beijing, on the contrary, views these activities as undermining peace and stability in the area.