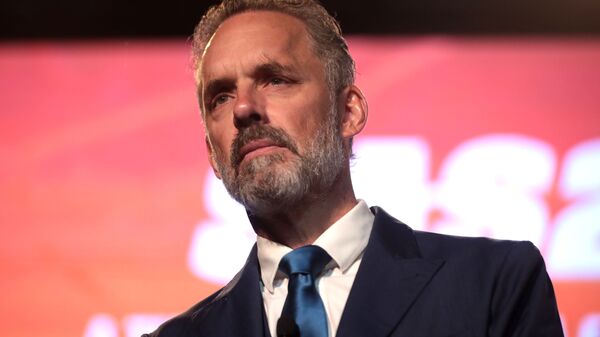 Aleksandra Serebriakova
Moscow-based Sputnik correspondent specializing in foreign affairs.
All materialsWrite to the author
Canadian clinical psychologist Jordan Peterson has been in the international spotlight since 2016 after he criticised national legislation obliging the use of gender-neutral pronouns for non-binary people. But over the past two years, he’s been out of the limelight due to some serious health issues.

Jordan Peterson and his daughter Mikhaila have opened up about the psychologist’s “suicidal” health struggles caused by his physical dependency on prescribed drug benzodiazepine during a Zoom interview with The Sunday Times. The pair also discussed the professor's schizophrenia diagnosis by Toronto doctors.

Peterson was prescribed “a really low dose of benzodiazepine” in Mikhaila’s words back in 2016 after his autoimmune condition triggered a severe response to food that left him in unable to sleep.

Few years later, the dosage was increased as his wife of 30 years Tammy was diagnosed with a rare and nearly incurable kidney cancer. According to the professor, his rise to fame and controversy surrounding his persona only made things worse.

Jordan Peterson's Daughter Blasts Author of a Book Alleging Her Father is 'Plagiarizing Hitler'
“I was at the epicentre of this incredible controversy, and there were journalists around me constantly, and students demonstrating. It’s really emotionally hard to be attacked publicly like that. And that happened to me continually for, like, three years,” Peterson recalled in the interview, referring to when he was thrust into the international spotlight following his criticism of Canadian legislation over pronouns for non-binary people.

Peterson said this period of his life was “extraordinarily stressful.”

He also argued that as a clinical psychologist he was “not interested in generating controversy” – instead he was trying “to help people [understand] that they need a profound meaning in their life because their lives are difficult.”

Meanwhile, his family issues, prescription drug use, and attempts to go clean aggravated matters – Peterson was then struck down with a movement disorder called akathisia typically linked to benzodiazepine withdrawal. At that time, doctors in Toronto diagnosed the clinical psychologist with schizophrenia, his daughter reveals. Fearing for her dad’s life, Mihkaila flew the professor to Russia in January 2020 for a detox treatment that put him in an induced coma for eight days, which erased his memory from mid-December 2019.

“He was catatonic. Really, really bad. And then he was delirious. He thought my husband was his old roommate,” Mikhaila said, recalling the time her father woke up from coma.

“I’ve never been that stressed in my entire life. We’d brought Dad here and it was, like, what did the detox do? Was it too hard on his brain? I thought, I’m f***ed if this goes badly. The entire world is going to blame me, because who brings somebody to detox from these medications in Russia? It’s like, this is really bad,” Peterson's daughter revealed. 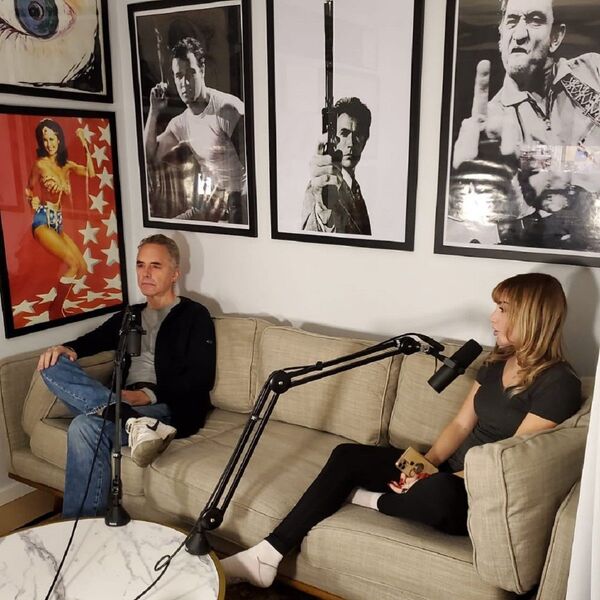 However, the situation improved over the course of several days as the professor's senses returned. He eventually recovered after being treated in different Moscow clinics, plus another in Belgrade. Despite his entire family contracting COVID in Serbia, he still managed to write his new book “Beyond Order: 12 More Rules for Life,” set to be released in March.

He didn't shake off the effects of akathisia completely though, and the symptoms returned for several days in November and December last year. Peterson feared that he would have to live with the condition for life as a result.

“It’s unbearable. And there’s always this sense that you could stop it, if you just exercised enough willpower. So it’s humiliating as well,” Peterson said, noting that he “can feel it lurking” even now.

Meanwhile, the Canadian says not writing another book wasn't an option, as his many fans eagerly anticipate its publication, while his left-leaning critics have been pressuring the publisher to shelve its release.

“If I would have lost the book, I wouldn’t have had anything left,” Peterson explained, adding that the prospect of not finishing the book was a worse alternative to his akathisia, as working helped him to remain calm.

Peterson’s upcoming book is a continuation of his 2018 earlier bestseller “12 Rules for Life: An Antidote to Chaos."

However, the professor is not yet ready to wax lyrical about the new book's content: “Well, I’m ambivalent about it because I can’t judge the book properly. I didn’t write it under optimal circumstances, to say the least, so I can’t make an adequate judgment of its quality.”