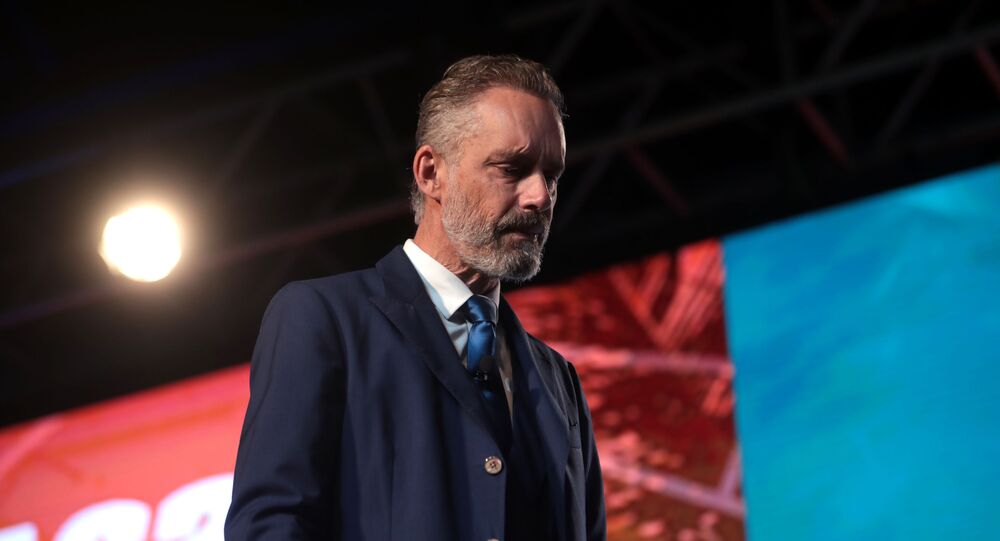 Canadian psychologist and lecturer Jordan Peterson has been dealing with some serious health and family issues in the past year, prompting him to take time out from the public eye. The University of Toronto professor has now revealed more details about what has been going on in his life since last summer.

Public speaker Jordan Peterson has opened up about his “intolerably dreadful” experience of physical addiction to the psychoactive drug benzodiazepine in a new podcast recorded by his daughter Mikhaila.

Peterson, who is now undergoing rehabilitation in Serbia, discussed in details the reasons and effects of the physical dependency he developed to benzodiazepine. The professor was prescribed the drug back in 2016 to treat anxiety caused by a severe allergic response to food which lasted for several weeks. After his wife of 30 years, Tammy, was diagnosed with an incurable form of cancer last year, the dosage of the medicine Peterson was taking was increased. However, according to the psychologist, this merely increased his anxiety to unbearable levels.

While his wife “miraculously” recovered in mid-August 2019, the professor’s state of health got worse. He tried to stop taking the anti-anxiety drug entirely for some time, which he said was not a good idea. He then developed a so-called “akathisia” disorder, which made him unable to stay still and live a normal life. Peterson could not get the necessary treatment for his health condition in North American hospitals. Therefore, in November 2019, his family decided to take him to Russia to undergo detox treatment, which put him in an “unconscious” state for nine days while his body recovered from its addiction to benzodiazepine.

Following the treatment, Peterson managed to recover from akathisia and leave Russia benzo-free. He then travelled to Florida and on to Serbia to continue his rehabilitation from anxiety and neurological complications caused by physical addiction to the drug.

The professor revealed that he now feels “things are put back together” at present as he has been working on his new book, preliminarily titled “Beyond Order: 12 More Rules for Life”, which he said is due in July and has been “going pretty well”.

Peterson, who rose to international prominence back in 2016 with his YouTube series criticizing Canadian legislation prescribing the mandatory use of gender-neutral pronouns in relation to non-binary people, also addressed his wide audience of supporters and critics during the podcast.

“If you gonna wait to learn from people who don’t make mistakes or don’t have tragedy enter their life, you gonna spend a long time waiting to learn something”, the professor said, while commenting on whether his ideas could be “taken seriously” now following the health crisis.

“In my lectures and my writings I’ve never suggested I was anything other than one of the people who also needed to learn this lesson, these lessons. So I included myself in the population of those who needed some moral improvement”, he added.

After the Jordan-Mikhaila conversation was published, many of the professor’s fans rushed to share their joy that Jordan has finally returned to public life and was feeling visibly better.

“It's like seeing a long-lost friend after decades. Stay strong, never give up and remember that when happiness descends upon you, enjoy it. We love you, we miss you”, one YouTuber wrote.

“The second I saw JP appear on my screen, I teared up. We all owe that man so much and he asks us for nothing”, another one added.

Glad to have you back dr. Peterson. Hoping for all the best after the hell you went through

Welcome back @jordanbpeterson ! Glad to hear your voice again. It is much needed at this juncture in time. Wishing you all the best and hope to hear more from you🙏🏻

In June, Jordan Peterson turned 58 and his daughter Mikhaila shared a touching post celebrating his birthday. Commenting on a photo featuring her sitting alongside her famous father, she said that the last year has been “the most difficult year” of Peterson’s life, but that the professor was going to “take the next year by storm”.