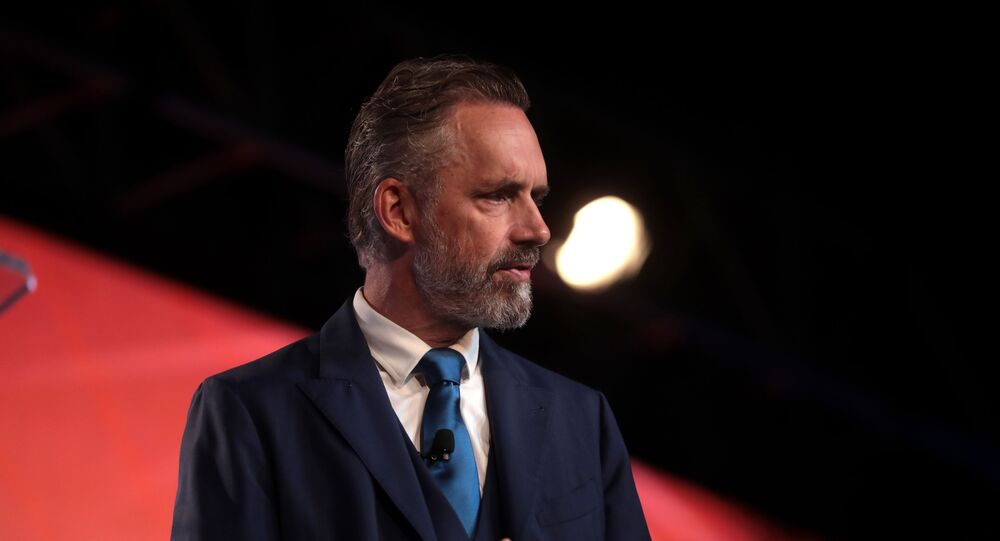 Despite noting the whole family had to go through the coronavirus ordeal, which she said turned out to be less than originally feared, Mikhaila Peterson stressed that the aftereffects of across-the-board lockdowns are no less "miserable".

Mikhaila Peterson, daughter of psychology professor Jordan Peterson has recounted in a new Instagram post how the whole family recently contracted COVID-19, a month after they arrived in Belgrade, free of coronavirus measures at the time, for her Dad to be treated by Serbian neurologists.

Noting her toddler was the first to show flu symptoms 10 days into a strict quarantine after the country finally announced self-isolation measures, she said all the family swiftly contracted the disease - "not the worst virus I've had in the last year", Mikhaila noted, adding though the mild symptoms like bloating, puffy face, and diarrhoea lingered for up to 18 days.

"My dad caught it too and he didn't have many symptoms either. When they did a CT scan they said 40 percent of his lungs were affected, however his breathing was fine", Mikhaila, an expert on dieting and nutrition, recounted.

She said that he had been treated for the coronavirus "just in case", noting he is okay and that the medication her father was put on seemed to be "harsher than the actual virus".

After outlining the details of her father's disease, which happened to him shortly after battling a previous medical issue - physical addiction to the prescription drug benzodiazepine - Mikhaila went on to stress she stood by her previous complaints about the ubiquitous lockdown.

"I'm sorry to anyone who has experienced a worse case of the virus or who has lost anyone to it. That's miserable", she pointed out, rushing to stress that so is "suicide from lockdown anxiety and lifelong neuroticism from children growing up in a lockdown".

According to Jordan Peterson's daughter, it all could have turned out more positively if the world was more focused on "making people happier", with Mikhaila lamenting the public being "screwed up by a virus that doesn't really kill healthy people".

Mikhaila's famous father, conservative public speaker and lecturer Jordan Peterson, who has been amassing large audiences for the past few years, has been dealing with some serious health and family issues, prompting him to take some time out from the public eye.

Before travelling to Serbia for rehabilitation from his physical addiction to benzodiazepine, the anti-anxiety drug he lived on as his wife battled cancer, he also underwent some detox treatment in Russia.

After contracting the coronavirus, daughter Mikhaila told the media last week that her father was going through a really rough time, pondering on a new ordeal in the conservative guru's life and "a step back in his recovery".

"He'll get better, but he's definitely taken a step back and it's just really unfortunate … it's been a disaster", Mikhaila Peterson told The Sun.

Jordan Peterson skyrocketed to prominence in 2016 over his protests regarding Canada's Bill C-16, which added gender identity to the country's human rights and Criminal Codes, requiring to use gender-neutral pronouns for non-binary people. He has since been a prominent speaker on YouTube, Twitter, etc., as well as the bestselling author of the self-help book "12 Rules for Life".