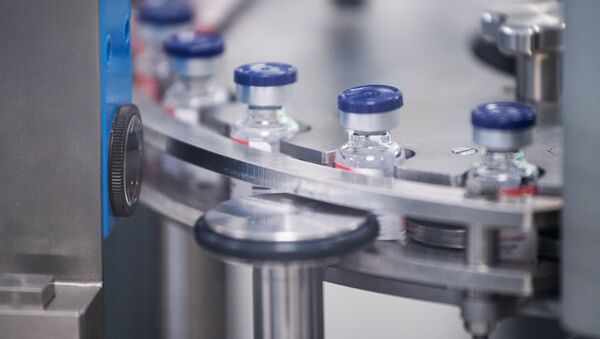 Tim Korso
All materialsWrite to the author
After becoming the first coronavirus vaccine registered in the world, Sputnik V faced backlash in the western media, which implied that the medicine lacked scale in trials to be deemed safe. However, despite numerous signs of the Pfizer vaccine having side effects, the American shot has not received that much scrutiny in the mainstream media.

The healthcare community is facing a paradox. On the one hand, the World Health Organisation calls out inequality in the distribution of the coronavirus vaccines, stressing that the lowest income country in the world got only 25 shots as opposed to 39 million sent to 49 countries with higher levels of income. On the other, the WHO itself authorised only one COVID-19 vaccine developed by Pfizer/ BioNTech, ignoring a multitude of others developed in China, Russia, the UK and India, thus limiting the possibility of success for its own COVAX initiative – a global vaccine accelerator and a bank for the even distribution of the produced drugs.

The global health body said Pfizer's vaccine passed emergency validation due to its "safety, efficacy and quality". The WHO was not the only one to be quick to recognise this specific vaccine – the EU, specifically President of the European Commission Ursula von der Leyen pressured for the speediest approval of the jab on the territory of the bloc. 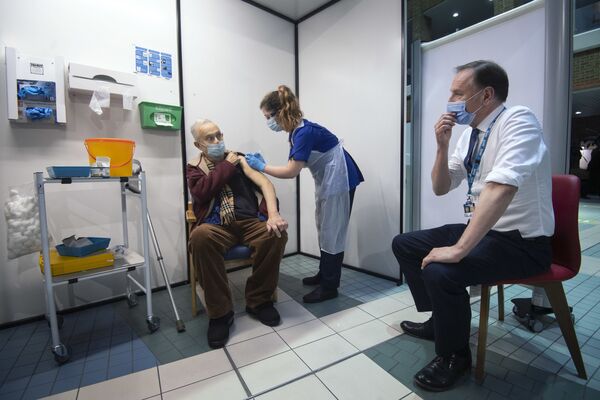 Simon Stevens (R), Chief Executive of the NHS, watches as a nurse (C) administers a dose of the Pfizer-BioNTech Covid-19 vaccine to Frank Naderer (L), 82, at Guy's Hospital in London on 8 December 2020 as the UK starts its biggest ever vaccination programme.
© AFP 2022 / VICTORIA JONES

According to a report by the Le Monde, citing obtained documents, the political pressure to approve the vaccine was so high that the European Medicines Agency (EMA) had to look the other way regarding some of the issues found with the medicine. Namely, the EMA reportedly had to ignore the alleged inconsistency between the contents of the vials sold by Pfizer to the compounds used in the vaccine trials.

Constantly emerging reports of possible side effects also seemingly could not wane the tempo of Pfizer/ BioNTech vaccine's spread around the world. At least 13 Israelis experienced temporary mild facial paralysis soon after getting their first jab out of the two Pfizer inoculations, putting in question the possibility of getting the second one. Norway earlier reported that 23 people died sometime after getting Pfizer shots, but the authorities are not yet sure if the two are connected. Still, the country issued a caution that the jab might have "serious consequences" for the old and frail, while the WHO plans on studying the cause of death of the two dozen patients. 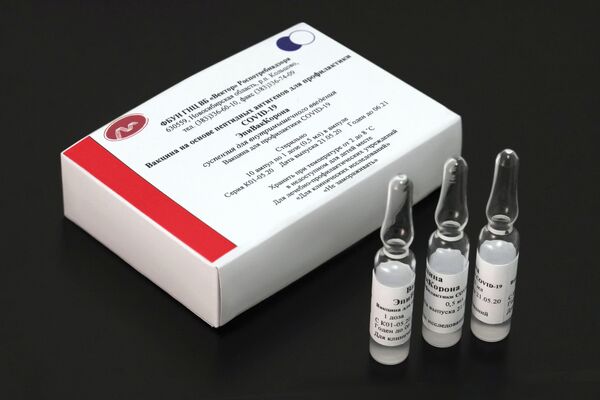 At the same time, not all coronavirus vaccines were cut as much slack as was reportedly done with the Pfizer vaccine, which is distributed in the EU under the condition of the non-responsibility of the producing company for its possible side-effects. According to the head of Gamaleya Research Institute of Epidemiology, Alexander Gintsburg, the institute that developed the first coronavirus vaccine in the world, Sputnik V, is undergoing extreme scrutiny from the European authorities.

The reason why the medicine from a specific company reportedly enjoys preferences in the authorisation process remains unclear. The Pfizer jab showed 90% efficacy in trials, on par with several other medicines, such as Sputnik V, and lower than the second vaccine developed in Russia, EpiVacCorona, whose trials so far have shown 100% efficacy.

A possible cause for the alleged side effects of Pfizer's vaccine might be its use of nucleoside-modified messenger RNA – a technology which has so far been only utilized in vaccines for animals and never before for humans. Theoretically, the modified RNA should carry part of the COVID-19 genome to trigger an immune response from the body and thus achieve immunity for a real COVID-19 infection.

Gamaleya's chief Alexander Gintsburg pointed out, however, that unlike DNA, RNA is more labile – prone to sudden changes. This process might happen even in the process of the vaccine's production and, as a result, several batches of the same Pfizer vaccine might differ from each other, with "spoiled" ones potentially having unexpected side effects, the academic stressed.

"In Israel, they faced mild facial paralysis in those who had been vaccinated [with Pfizer's shot]. However, we do not currently have a comprehensive understanding of what other complications can happen [under the influence of this drug]. For example, it could be paralysis of the oesophageal musculature or heart nerve palsy", Gintsburg stressed.

The Gamaleya Institute's head went on to suggest that Pfizer's vaccine might have a negative effect on around 30% to 40% of the patients, specifically seniors and those who suffer from allergies.

While the two American vaccines manufactured by Moderna and Pfizer are based on a modified RNA delivery, other alternative jabs often feature delivery of the coronavirus spike protein (S) or its antigens with the use of adenoviral vectors, such as the British Oxford–AstraZeneca shot, or the Russian Sputnik V.

Some vaccines, specifically Sputnik V, faced media backlash under the pretext of lacking broader trials and missing extensive documentation on the day after its emergency authorisation. In addition, the vaccine faced other woes: its Twitter page got temporarily restricted (although viewable) over alleged "unusual activity", and its authorisation in Hungary came under criticism from the EU authorities.

Russia was also repeatedly accused of trying to steal other countries' data on coronavirus vaccine research using the "army of hackers" Kremlin purportedly has at its disposal. Oddly enough, these reports emerged when the first vaccines developed in the country had already been undergoing their first trials, which concluded successfully showing over 90% efficacy. Not to mention the fact that Russian researchers cooperated with foreign colleagues during vaccine development, specifically with AstraZeneca. At the same time, Pfizer, which has already landed in hot water in the past over its drugs, did not seem to have "enjoyed" such scrutiny, although it might change as the amount of evidence suggesting possible side effects in its vaccine grows by the day.