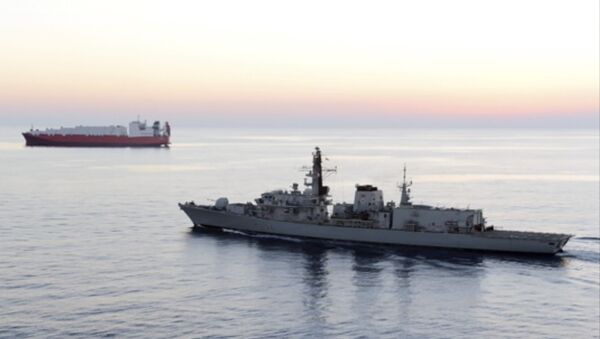 Ekaterina Blinova
All materialsWrite to the author
The Brexit trade deal, which has been unanimously endorsed by European ambassadors in Brussels, is due to be voted on in the House of Commons on 30 December, just a day before the Brexit transition period expires. British academics have explained what goals the UK will pursue after closing the door on the EU.

From 1 January 2021, Britain will be on its own, which begs the question: what role will the UK play on the world stage in the post-Brexit era.

Following the 2016 Brexit referendum, Policy Exchange – a British influential think tank – outlined the UK's foreign policy after Brexit. The think tank emphasised that many of the country's objectives will remain unchanged and it will continue to be a member of international organisations including the UN, G7, NATO, "Five Eyes" intelligence sharing group, Commonwealth, and "broader network of strong alliances across the world." At the same time the paper argued that Brexit will not lead to isolationism" or “little Englanderism,” stressing that the UK should pursue an active role in global affairs.

Britain will continue to stick to its fundamental foreign policy objectives but will have a greater national autonomy and flexibility in decision-making, says Inderjeet Parmar, an international relations expert and professor of International Politics at City University.

"Europe, and European powers, including the EU, will remain fundamental to UK foreign and defence policy," the professor says. "NATO remains fundamental to the US and UK security strategy and includes all the major EU states. The EU is a powerful economic and commercial 'power' with a foreign policy agenda for a greater global role, so the UK will not drift far from it in principle; it also broadly shares a European civilisational set of values in world affairs."

At the same time, Britain will remain embedded in the Anglophone "Five Eyes" group, comprising the US, UK, New Zealand, Australia, and Canada, Parmar notes, stressing that "this will remain very important as another source of UK power and influence and of the Anglo-Saxon states in world affairs."

Touching upon the UK-US "special relationship," the professor does not rule out that London may "loosen a little" from the US, "especially if the US is too unilateral and coercive." Still, Washington and London remain tied on major foreign policy objectives, nuclear agreements, and NATO, and share a globalist mindset too, he highlights.

"The clearly stated intention of the [UK] government is to create a ‘global Britain,’" says Wyn Grant, professor of international politics at Warwick University. "It may be that at the back of the government’s mind is the 1950s model of Britain at the centre of three overlapping circles: relations with Europe; with the United States; and with the Commonwealth, or more specifically the ‘Anglosphere’ countries."

The observers also expect Britain to continue playing an important role in the Middle East, especially in the Persian Gulf region, and will try to expand its influence in Latin America. 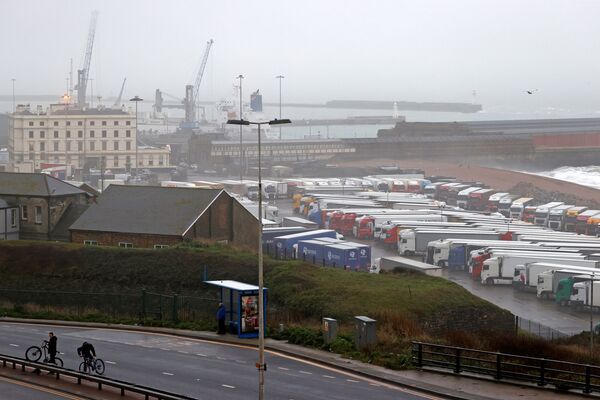 Freight lorries and goods vehicles are pictured parked in a paring lot near the Port of Dover in in Dover, Kent, on the south east coast of England on December 21, 2020
© AFP 2022 / ADRIAN DENNIS

At the same time, London is seeking to bolster ties with Asia-Pacific economies. Earlier this year the UK government signalled its intent to enter the Comprehensive and Progressive Agreement for Trans-Pacific Partnership (CPTPP), an "updated" version of the Obama-era Trans-Pacific Partnership (TPP). Currently the free trade pact includes Canada and 10 other countries in the Asia-Pacific: Australia, Brunei, Chile, Japan, Malaysia, Mexico, New Zealand, Peru, Singapore, and Vietnam. No 10 listed three major reasons for the move:

·         The first is securing increased trade and investment opportunities that will help the British economy overcome the unprecedented challenge posed by the COVID-19 pandemic.

·         Second, to help the UK diversify its trading links and supply chains, and in doing so increase the country's economic security at a time of uncertainty.

·         The third is to help Britain secure its standing in the world and advance its long-term interests.

It's expected that Britain will submit an application to join a major regional free trade pact in early 2021.

There's an aspiration to deepen relations with the countries of the Indo-Asia-Pacific region, Grant notes, singling out India and Japan, in particular. In late October, Britain and Japan formally inked a "ground-breaking" free trade deal (FTA), which will take effect on 1 January 2021. For its part, the Federation of Indian Export Organisations (FIEO) has recently urged New Delhi to sign a memorandum of understanding for a FTA with the UK when British Prime Minister Boris Johnson visits the country next month, according to The Financial Express.

Meanwhile, China "remains a key economy for European, UK, and US trade, investments, and finances," points out Parmar.

"Hence, it will mean the UK will likely want to gain advantage after Brexit and worry less about US worries about China", the professor suggests, referring to the Sino-American trade war erupted under the Trump administration. "This will loosen the relationship with each seeking tactical economic advantage within the broader security anxieties. But China and the US and UK are too interdependent to go their separate ways, including on global issues such as climate change and the pandemic." 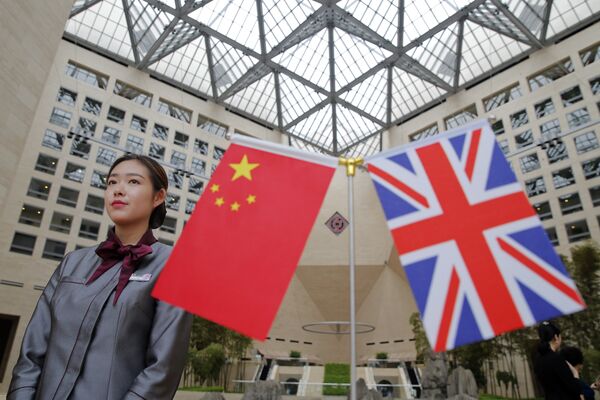 A member of staff stands behind flags as officials arrive for the UK-China High Level Financial Services Roundtable at the Bank of China head office building in Beijing on July 22, 2016
© AFP 2022 / DAMIR SAGOLJ

The UK and the Liberal International Order

Although the UK has broken up with the European economic bloc, "there are limits to the extent to which any country can have an independent foreign policy in today’s world," opines Grant.

"To some extent the UK has been punching above its weight", he suggests. "Although the main US focus will be on the Pacific, the UK will have to pay significant attention to its agenda, particularly if it wants a trade deal. The UK may be able to act independently of the EU on certain issues, but will have to pay regard to the EU’s priorities. Apart from anything else, most EU member states are also in NATO."

Nevertheless, Britain "has the opportunity to have a less dependent foreign policy in a liberal world order that is loosening since the 1970s at least," argues Parmar.

The crux of the matter is that it was largely the US and the UK who established the pillars of the liberal international order after the Second World War, Parmar explains. This order has proven to be efficient and is now "broader and covers elites from the global south whose economies are more integrated but who lack institutional influence in international institutions dominated by the western powers." Although Trump's "America First" and Brexit in some way came in contradiction with the liberal international order, "neither really challenges the fundamentals of world power that has integrated most of the world's states and elites into it," he concludes.