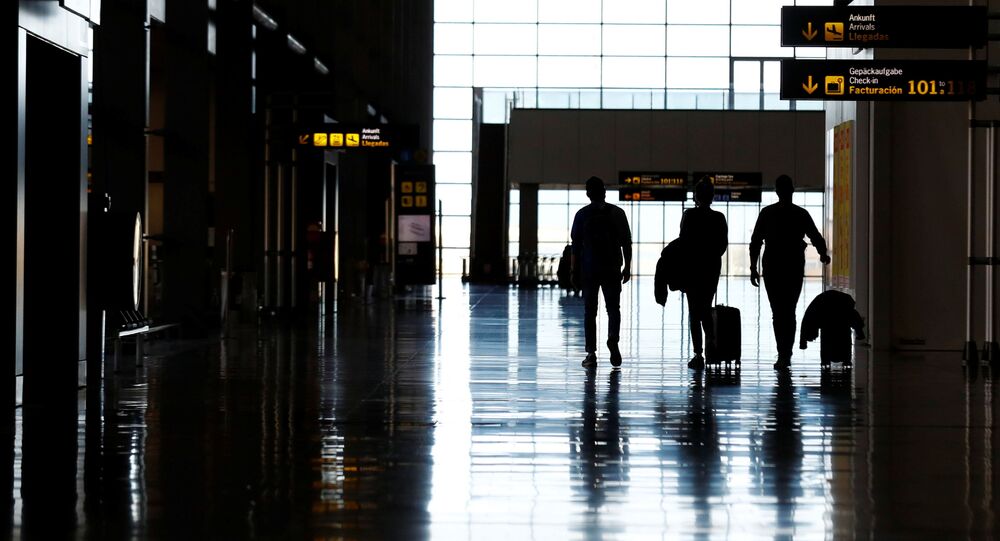 'There'll Be Some Disruption' for UK Travellers and Businesses Over Brexit Deal, Minister Gove Warns

Last week, London and Brussels concluded a trade deal stipulating that freedom of movement for EU nationals to the UK will now end and be replaced by a points-based immigration system, in line with a key demand of the Brexit project.

Referring to a recently concluded EU-UK post-Brexit deal, Gove stressed that Britain has secured "a fantastic free trade agreement", but that with "big change" comes both "challenge and opportunity".

The minister referred to the "nature" of London and Brussels' "new relationship outside the single market and customs union".

Such a relationship means there are "practical and procedural changes that businesses and citizens need to get ready for, and time to make these final preparations is very short", according to Gove.

"We know that there will be some disruption as we adjust to new ways of doing business with the EU, so it is vital that we all take the necessary action now", he pointed out.

The statement came after the 1,250-page "Draft EU-UK Trade and Cooperation Agreement", was published by both sides on 26 December following the successful completion of the parties' post-Brexit negotiations on a bilateral trade deal on Thursday.

© REUTERS / SIMON DAWSON
UK Prime Minister Boris Johnson Urges Parliament to Vote for Brexit Trade Deal With EU
The agreement specifically singles out freedom of movement for EU nationals to the UK, which will now be replaced by a points-based immigration system, meeting a key demand of the Brexit project.

British nationals will no longer be able to freely live, work, study, or open businesses in the EU. Visas will also have to be secured for stays in the bloc of more than 90 days, and every British traveller should make sure their passport has enough validity before starting their journey.

The deal additionally ends the practice of all UK travellers being able to rely on free healthcare with their European Health Insurance Card, and to escape roaming charges thanks to a ban on the fees across the EU.