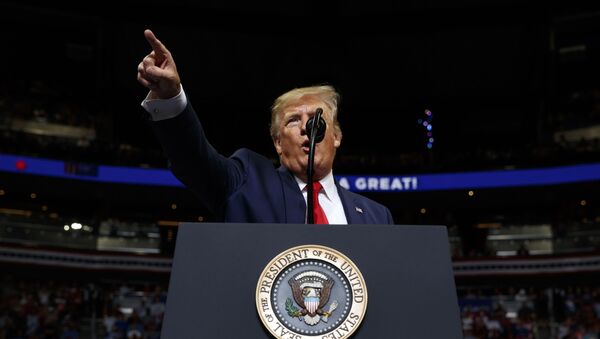 Ekaterina Blinova
All materialsWrite to the author
Despite the Electoral College voting in favour of Joe Biden earlier this week, Team Trump is unwilling to surrender. American observers have discussed why the Trump legal team is continuing its fight and whether the president and his allies have exhausted all the possibilities to reverse the outcome of the election.

"Mitch, 75,000,000 votes, a record for a sitting President (by a lot). Too soon to give up. Republican Party must finally learn to fight. People are angry!" tweeted President Trump, citing his loyalists.

On 15 December, McConnell recognised Biden and his running mate Kamala Harris as president-elect and vice president-elect, respectively, after the Electoral College voted in their favour. According to the Associated Press, the Senate majority leader privately warned Republican senators against disputing the Electoral College vote when both chambers convene to confirm the results in January 2021.

'Legal Angle Was Tried and Failed'

Donald Trump did everything he legally could to challenge the election results, believes Sean D. Foreman, professor of political science at Florida-based Barry University, arguing that almost all lawsuits filed by the Trump campaign and its allies have been denied so far.

"Even the crowning case filed by Texas, joined by 17 other Republican-run state justice departments, and supported by 106 Republican US House members, was dismissed by the Supreme Court, a court that now has three Trump-appointed judges and a clear conservative majority. In other words, the legal angle was tried and it failed", he opines.

Nevertheless, the professor does not rule out that President Trump won't admit defeat publicly and will "use the narrative that the election was stolen from him to help fuel another run for president in 2024".

"There is a general sense of hope that America can turn the page on the last four years which were more divisive than usual and can recapture some of the traditional political norms", Foreman insists, emphasising the necessity to tone the political rhetoric down and start "working again toward common goals".

However, although Joe Biden has presented himself as a "collaborative politician" committed to the idea of "healing the nation", his honeymoon period may not last the winter, the academic suggests. 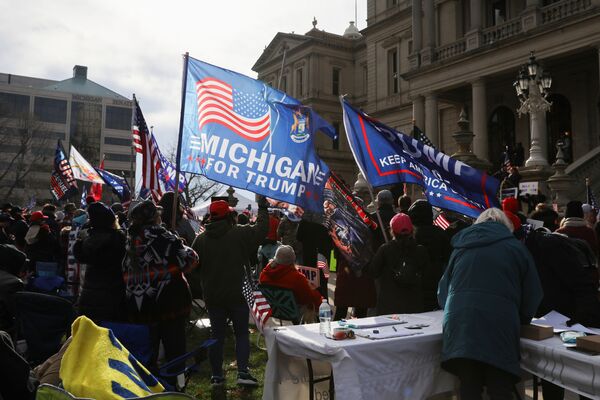 Alleged Fraud Should be Examined for the Sake of Election Integrity

The healing idea looks good on paper, but America simply can't accept the results based on the “obvious voter fraud”, according to National Security Public Safety Executive Derek Maltz.

"The widespread corruption, failed leadership by influential Republicans, the mainstream media nonsense, and political bias prevented the Trump team from challenging the results effectively", he says. "Even though the president's team presented volumes of evidence to support the massive fraud, the 'biased political machine' in America shut it down".

Maltz lashes out at many of the key Republicans for running and hiding "in their bunkers" to avoid political controversy: "They placed their personal goals ahead of America and failed the people", he believes.

At the same time, the security executive hails Trump's "passion and enthusiasm for America", stressing that President Trump needs to continue to challenge the outcome of the 2020 presidential race given "the massive fraud and corruption exposed during the election". He cites a string of strange patterns which emerged during the election, including swing states abruptly halting vote counting when Trump outperformed his Democratic rival, controversy surrounding voting machines performance, and Republican poll watchers being prevented from doing their job at several voting locations.

They called it dangerous.

They want to sweep it under the rug.

But when Americans don't have confidence in the legitimacy of the election, that's a problem we need to solve. #ElectionIntegrityhttps://t.co/VBRudicwU1 pic.twitter.com/mQ0RfXKtRS

​All allegations of voter fraud must be investigated and exposed, according to Maltz, who warns that otherwise the country's election integrity could be compromised.

"After 30 years working in the field of federal law enforcement, I'm very concerned for the safety and security of Americans. I believe law and order must be a top priority", he stresses.

Is it asking too much to insist that people only get to vote once?

With U.S. Senate Runoffs Near, Georgia's Not Prosecuting Its Unprecedented Number of Double Voters | RealClearInvestigations https://t.co/dfnPSL5fdV

​Maltz notes in particular that the US needs to, first, eliminate the mass use of mail-in ballots in all future elections, second, ensure there is proper oversight in the voting process, and ensure uniformity in all states on the deadlines.

The Texas lawsuit, dismissed by the US Supreme Court on 11 December, specifically argued that four battleground states, Georgia, Pennsylvania, Michigan, and Wisconsin, made last-minute changes to their election rules in violation of the Elections Clause. However, the court responded that Texas did not have legal standing to challenge other states' election rules.

On 16 December, Trump legal adviser Jenna Ellis addressed Trump voters, saying that the legal fight "is not over". Earlier, GOP electors in Pennsylvania, Georgia, Michigan, Wisconsin, Arizona, Nevada, and New Mexico cast alternate votes for President Trump. Arguing that this vote is more than merely symbolic, The Epoch Times refers to Democrats casting an alternative set of votes for John F. Kennedy in Hawaii in 1960.

All eyes are on January 6th...Congress will either accept the Electoral College vote or challenge some of the electors. #GaetzTakeshttps://t.co/9kqHHTVUgH pic.twitter.com/PQgRvChhx9

"Under the US system, it is structurally very difficult to contest an election after the vote has taken place", notes Robert Collins, a political analyst from Dillard University. "In all of US history, only four Presidential Elections have been contested: In 1800, 1824, and 1876, the House of Representatives determined the winner".

​Meanwhile, a number of Republican senators signalled that they are going to challenge the Electoral College vote during the joint session next month. Rep. Mo Brooks (R-Ala.), Representative-elect Taylor Greene, Sen. Rand Paul (R-Ky.), and Rep.-elect Barry Moore (R-Ala.) are said to have joined the initiative. Should a House representative and a senator object to the results of the Electoral College vote in January, this will trigger a series of complex votes and debates in the chambers of Congress.