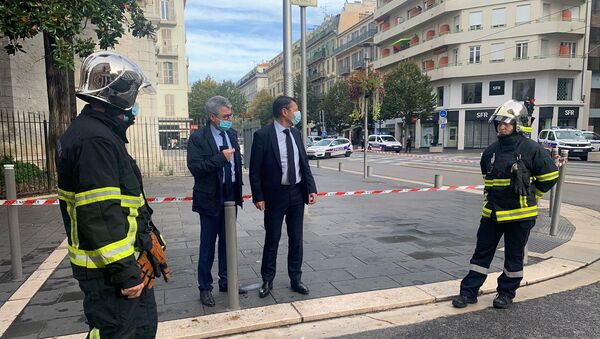 © REUTERS / TWITTER / @CESTROSI
Subscribe
Svetlana Ekimenko
All materialsWrite to the author
Three people were reportedly killed and several injured in a stabbing attack in Nice, France, on Thursday, less than two weeks after the beheading of history teacher Samuel Paty in Paris over his display of cartoons featuring Prophet Mohammad, with the country elevating its current alert level.

France raised its national alert to the highest level on Thursday in the wake of a knife attack in the city of Nice.

Prime Minister Jean Castex slammed the attack, which resulted in at least one victim having their throat slit, as being "as cowardly as it is barbaric". 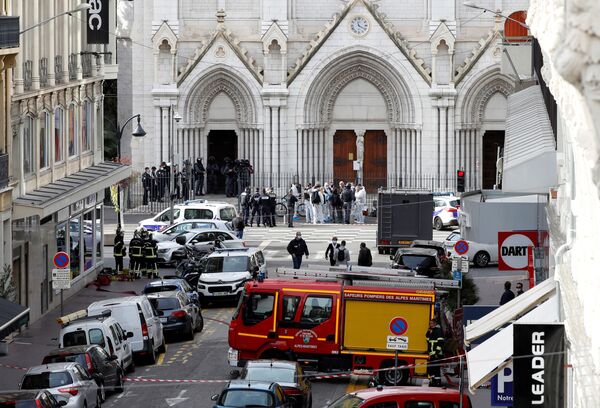 Castex informed parliament that in the wake of the deadly events he had decided to raise France's Vigipirate security alert system to the highest, "attack emergency" level.

The name is an acronym of the French words for "vigilance and protection of installations against the risk of terrorist bombing attacks". France's national security alert system that was established in 1978 by President Valery Giscard d'Estaing.

Each level called for specific security measures, such as increased police or police/military mixed patrols in subways, train stations and other vulnerable locations.

In February 2014 the levels were simplified to 'vigilance' and 'attack alert'.

The highest, "emergency attack" level, aimed to ensure a maximum level of vigilance and security, is activated when the government deems that there still exists the threat of another imminent attack.

This alert level was implemented in Ile-de-France, and in the Picardy region, France, after the Charlie Hebdo shooting in January 2015. 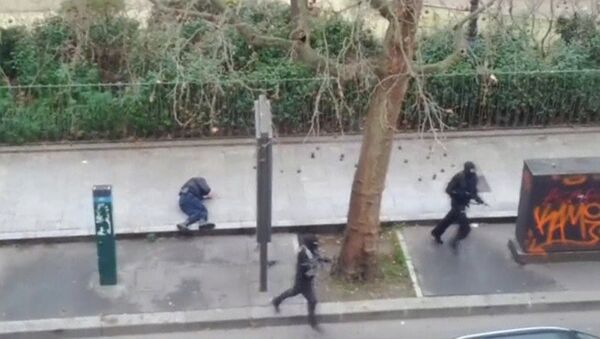 Gunmen flee after shooting a wounded police officer (L) on the ground at point-blank range, outside the offices of French satirical newspaper Charlie Hebdo in Paris
© REUTERS / Handout via Reuters TV

While a national "emergency attack" alert concerns the entire country, in some incidents it can be used just for a certain region.

In line with such measures, some roads, public transport routes or vulnerable areas, like schools, can be closed. The army might also be drafted in to boost security.

On a lower level, the raised alert could mean members of the public being systematically asked to show their ID, as well as having their bags searched at specific locations. French police may be required to boost their numbers at border crossings, allowing for more checks to be carried out. 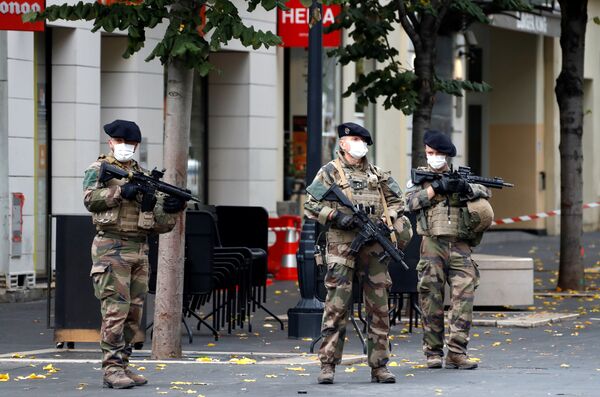 On Thursday, a knife-wielding man carried out an assault at and near the Notre Dame Cathedral in central Nice.
Police have confirmed that three people were killed and several others sustained injuries.

According to unconfirmed reports, a woman was beheaded, while a man was struck several times in the throat. The suspected perpetrator, whose identity is not yet known, was reportedly shot at by the police while being apprehended.

The mayor of Nice, Christian Estrosi, said on Twitter that everything suggests that “this was a terror attack in the Notre-Dame Basilica”.