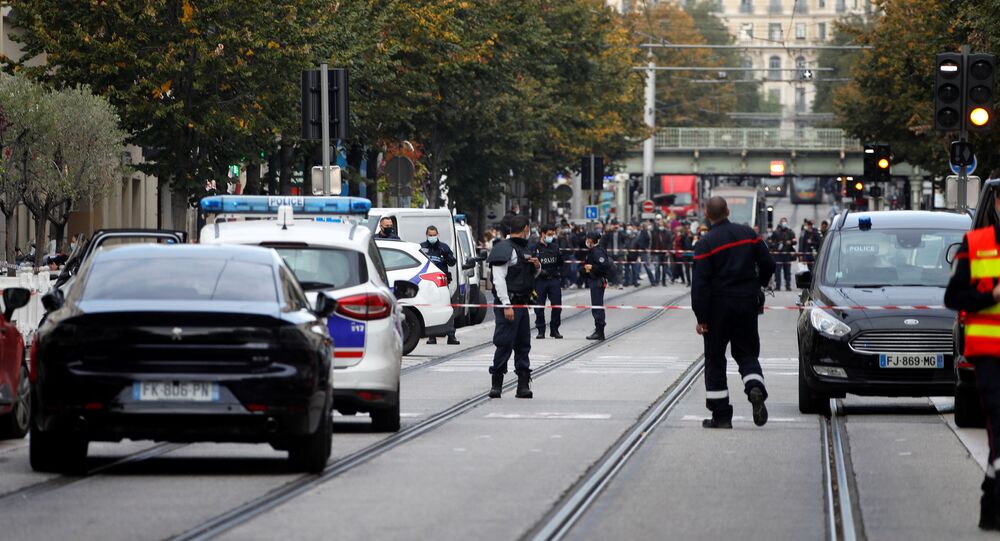 Earlier in the day, media reported that shots were heard in the Notre-Dame district of central Nice at around 9 am.

Police have confirmed that three people were killed and several others were injured in a knife attack in Nice. According to unconfirmed reports, a woman was beheaded, while a man was struck several times in the throat.

"There was a knife attack, two people were killed. The suspected attacker was detained," the police wrote on Twitter.

According to local media reports, the perpetrator was shot during the arrest and sent to a hospital.

#Breaking knife attack near a church in #Nice #France pic.twitter.com/p8mwEjWU5X

Interior Minister Gerald Darmanin said a police operation was underway, while Nice Mayor Christian Estrosi said that everything indicates that the knife attack was an act of terrorism.

The incident comes just two weeks after a French teacher, Samuel Paty, was beheaded on the outskirts of Paris by a radicalised 18-year-old of Chechen descent after Paty showed a cartoon of Prophet Muhammad to his pupils during a history lesson - something which is viewed as blasphemous in Islam.