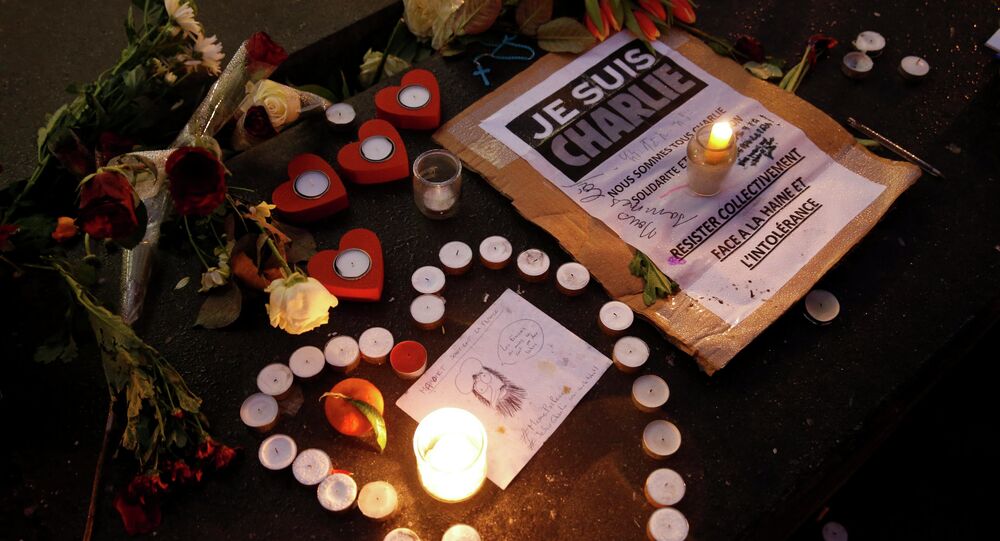 Police commissioner, who had been investigating the attack on the Charlie Hebdo magazine committed suicide with his service gun on Thursday night.

Helric Fredou, 45, suffered from depression and experienced burn out. Shortly before committing suicide, he met with the family of a victim of the Charlie Hebdo attack and killed himself preparing the report.

© AFP 2021 / BRENDAN SMIALOWSKI
Who Trained Charlie Hebdo Attackers: An Insider Look to the Terrorist Recruitment Process
Fredou began his career in 1997 as a police officer at the regional office of the judicial police of Versailles. Later he returned to Limoges, his hometown. Since 2012 he had been the deputy director of the regional police service.

"We are all shocked. Nobody was ready for such developments", a representative of the local police union told reporters.

On January 7, 2015, two gunmen burst into the editorial office of Charlie Hebdo magazine, known for issuing cartoons, ridiculing Islam. The attackers, later identified as brothers Said and Cherif Kouachi, killed 12 people and injured 11, and escaped from the scene. Following two days of nationwide manhunt, the suspects were killed on Friday by French police some 20 miles northeast of Paris.