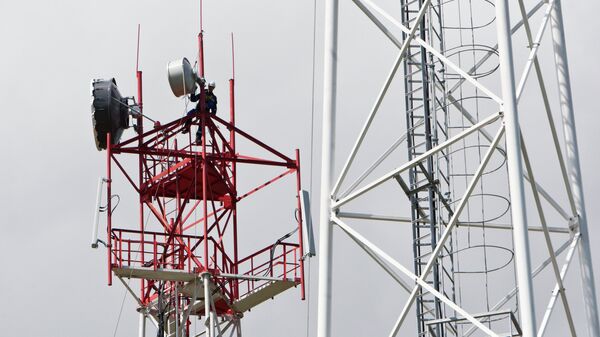 Demond Cureton
All materialsWrite to the author
The news comes ahead of a crucial spectrum auction next month, which was delayed due to a government IT security review, according to the Scandinavian nation's telecom regulatory authority.

Huawei and ZTE have been excluded from building future 5G networks in Sweden, the Swedish Post and Telecom Authority (PTS) announced on Tuesday.

According to the regulatory body, the decision on licencing followed consultations from the Swedish Armed Forces and other security services.

5G Role Play: Nokia-BT Deal to Replace Huawei in UK 5G Networks Amid Gov't Ban, US-China Trade War
Existing kit for central functions with "concerned frequency bands" must remove Huawei and ZTE kit by early January 2025 at the latest. Functions dependent on foreign countries must be replaced by resources in Sweden by the same deadline.

The PTS defines central functions as "radio access network, the transmission network, the core network and the service and maintenance network that are necessary to maintain network functionality".

But some had voiced concerns over the ban amid increased supply line instability and reduced market competition.

"The ban leaves network operators with less options and risks slowing the rollout of 5G in markets where competition is reduced," Ben Wood, chief of research at CCS Insight, said as quoted by Reuters.

Such a ban is expected to benefit Swedish IT equipment provider Ericsson and Finnish rival Nokia, according to reports.

Telecoms such as Hi3G Access, Telia Sverige, Net4Mobility and Teracom will be allowed to join in auctions for 2.3 GHz and 3.5 GHz bands, with the latter to take place on 10 November, the PTS announced in April.

European Nations Double Down on Huawei Amid Trade War

The decision comes as European governments mull bans on the Chinese tech giants amid increased pressure from the United States, who has cited alleged security risks that Beijing could potentially spy on countries with its telecom kit.

The UK reversed its decision to allow Huawei to build British networks in July and ordered national telecoms to rip and replace kit from the Shenzhen-based firm from networks by 2027.

The British ban is expected to cost the UK its global lead in 5G as well as up to £41bn in revenues, a Centre for Policy Studies report found.

Germany is also set to ban Huawei following a new security bill set to pass into law by the end of this year, according to reports. But Deutsche Telekom, which uses Huawei in its 5G networks, is set for a nationwide rollout at the same time.

UK's Huawei 5G Ban To Cost Over £41bn, Gov't Urged To Reform Plans Amid COVID-19 Crisis - CPS Report
Washington's ongoing trade and tech wars with Beijing has seen a major spike in tensions after Huawei, ZTE and over 70 Chinese tech firms were blacklisted in May last year over alleged security concerns.

The Trump administration also blocked access to key technologies such as semiconductors, prompting countermeasures from Beijing and potential backlash amid buyout talks between British chip designer ARM and US tech giant Nvidia, among others.

The Federal Communications Commission (FCC) designated Huawei and ZTE national security risks for allegedly being linked to the Chinese Communist Party and military, without citing evidence, and despite the Pentagon announcing it would auction 5G mid-band spectrum for US telecoms.