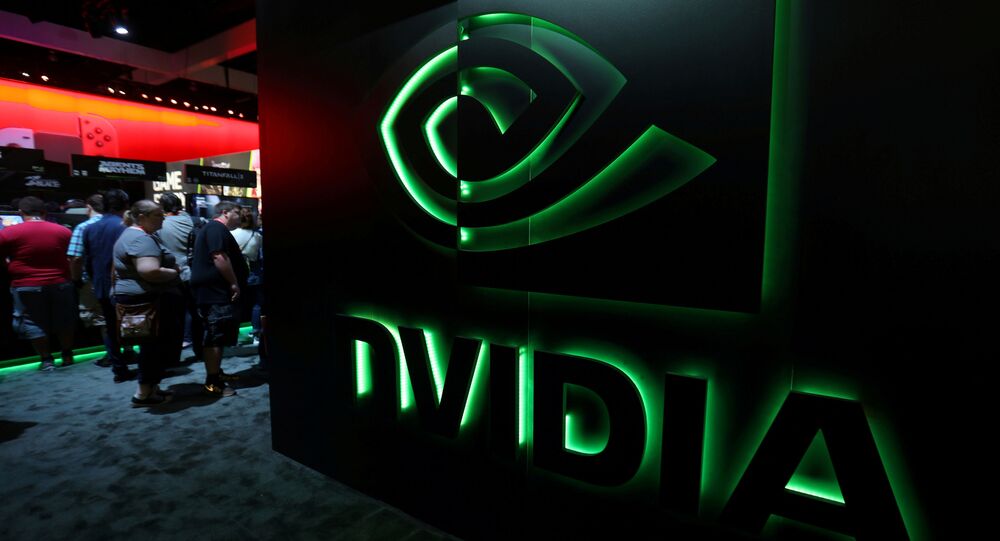 The news comes as leading British and US computing chip giants agreed on a $40bn buyout plan widely speculated to draw criticism from Beijing over concerns the two companies may suppress China's tech ambitions, a leading academic told Chinese media on Tuesday.

The Chinese government could block Nvidia's acquisition of British chip designer Arm, citing fears that the Trump administration may control exports of its architecture technologies, Chinese media reported on Tuesday.

© REUTERS / Mike Blake
Indirect Threats: What Does Nvidia's Buyout of UK Chipmaker Arm Mean For The Chinese Tech Industry?
Ni Guangnan, academic for the Chinese Academy of Engineering, said that Beijing would not be "comfortable" using Arm processor technologies if owned by a US firm.

“I believe the Chinese commerce ministry will reject the acquisition,” the former chief engineer to Lenovo Group said at a forum in Zhengzhou as quoted by Sina Tech.

According to Ni, the original ARM was a UK company later held by the Japanese, but the US has 70 percent control.

"If the M&A is successful, it will be very unfavorable to us. So I believe that our Ministry of Commerce may reject this merger. I don't know whether the merger will be successful or not. All in all, we can't use ARM very comfortably in the future," he added.

But Chinese antitrust regulators may block the acquisition on fears that the US could monopolise chipmaking tools and later, impose further restrictions via the US Department of Commerce.

“If the acquisition were to happen, it could bode ill for us,” Ni continued, adding that he was confident that China's semiconductor industry could catch up "as soon as possible" despite chipmaking being a weakness for the nation.

“The task we are facing is to build our own information ecosystem, not a single product or technology,” Ni concluded.

The Cambridge-based firm halted work with Huawei after the US blacklisted the latter and and over 70 Chinese tech firms in May last year over alleged national security fears, but resumed due to its products being from the United Kingdom.

The news comes as relations between the Washington and Beijing have sunk to historic lows amid the ongoing trade war, which saw the Trump administration target Huawei Technologies, ZTE, TikTok owner ByteDance and Tencent's WeChat, among others, citing national security concerns that such technologies could be used to spy for the Chinese government.

Beijing, Huawei and ByteDance have repeatedly denied the claims, with the former two demanding to see evidence and the latter launching two lawsuits in August but later dropping the litigations.

But Washington escalated tensions after restricting Shanghai-based Semiconductor Manufacturing International Corp's access to US technologies over alleged ties to the Chinese Communist Party and military, which the company denies.

Beijing has responded to the threats by boosting support for third-generation chip manufacturers over a five-year period, as well as research and development, education and financing the country's chipmaking market, it was reported in early September. The plans are set to be announced at the Chinese State Council's next Five-Year Plan in October.