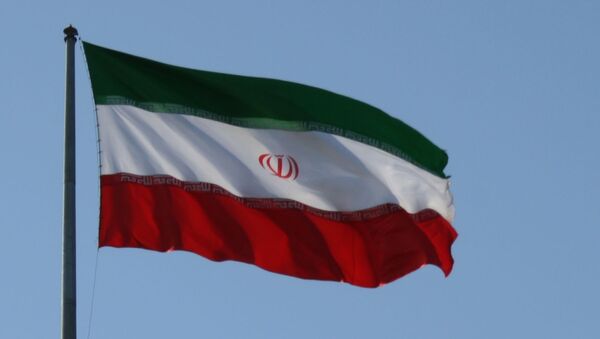 Muhammad Osman
All materialsWrite to the author
In July 2018, Assadollah Assadi, a Vienna-based Iranian diplomat, was arrested in Germany on a European warrant over charges of allegedly plotting to bomb an Iranian opposition rally in Paris. He was later extradited to Belgium, where two alleged co-conspirators had been arrested with explosives in their possession.

Iranian diplomat Assadollah Assadi, detained for trial in Belgium over charges of planning a foiled terrorist attack against an annual Iranian opposition rally in Paris in 2018, warned Belgian authorities of potential retaliation by armed groups if he was convicted in the case, Reuters reported, citing a police document.

Assadi, a counselor at the Iranian embassy in Vienna, was arrested in July 2018 while visiting Germany, on charges of conspiring to bomb a large annual rally held by Iranian opposition groups in Paris. In October 2018, he was extradited to Belgium, where two alleged co-conspirators had been arrested possessing explosives that were allegedly planned to be used for staging a terrorist attack.

According to Reuters, Assadi, whose trial is scheduled for 27 November, told Belgian police that the court proceedings would be closely monitored by unnamed militant groups in Iran, Iraq, Lebanon, Yemen and Syria, vowing there would be serious consequences “in the event of an unfavourable verdict”.

“According to ASSADI Assadolah we (Belgium) do not realize what is going to happen, in the event of an unfavourable verdict,” the diplomat claimed in a recorded interview with Belgian police that was viewed by Reuters and confirmed by Assadi’s attorney.

Assadi reportedly told Belgian authorities that armed groups would be “watching from the sidelines to see if Belgium would support” the outcome of his trial. However, he noted that his remarks were personal and were not discussed with his embassy.

The diplomat refused to tell police what, if any, organisation is involved.

“Such threats can occur, but we always take the necessary security measures,” a spokesman for the Belgian federal prosecutor said in a statement, quoted by the outlet.

Dimitri de Beco, an attorney for Assadi, rejected considering his client’s remarks as “a threat of retaliation”, adding that the diplomat would explain “the sense” of what he said in court.

“It is absolutely not a threat of retaliation and if it’s understood that way it’s a misinterpretation,” de Beco claimed. “He will explain the sense of his remarks to the court.”

The target of the foiled terrorist attack alleged to have been organised by Assadi was an annual Iranian opposition rally organised by the Mujahedeen-e-Khalq group (MEK) and the National Council of Resistance of Iran (NCRI) organisation, and attended by high-profile European, Arab and US guests, including US President Donald Trump’s lawyer and former New York City mayor Rudy Giuliani and former House of Representatives speaker Newt Gingrich, both of whom have urged regime change in Tehran.

Tehran dismissed allegations that one of its diplomats would plot a terrorist attack against the MEK event, which is claimed to be a terrorist organisation, not only by Iran but also in the EU, US, Canada and Japan. MEK was removed from ban lists between 2009 and 2013.

The Iranian government accused the EU of harbouring the MEK and its Paris-based political arm, the NCRI, organizations promoting themselves as an alternative to Iran’s theocracy.