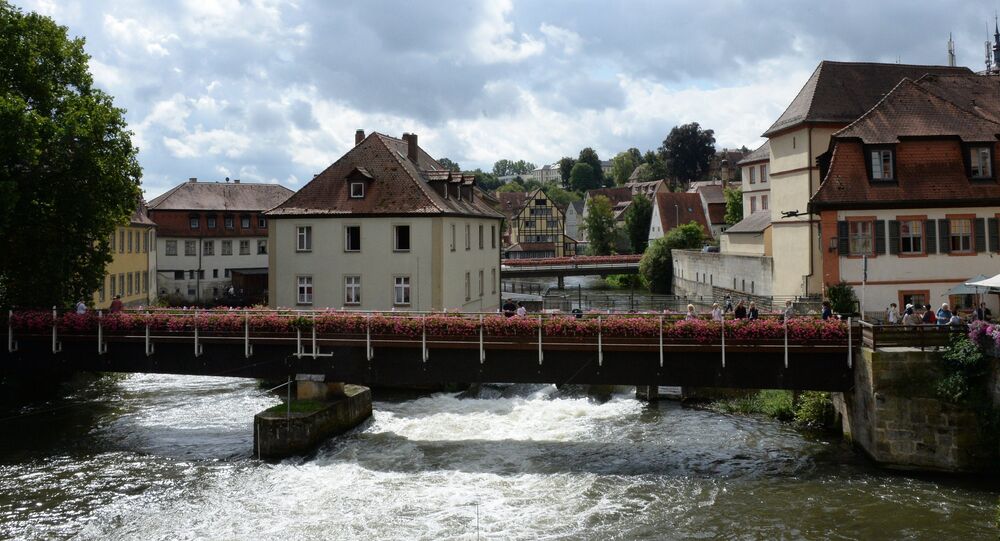 Iranian diplomat Assadollah Assadi, who is believed to be an intelligence agent, ordered a couple to attack the rally and had given them the explosives at a June meeting in Luxembourg.

Iranian diplomat Assadollah Assadi, linked to an alleged bomb plot against an Iranian opposition rally, will be extradited from Germany according to the court's ruling.

"The wanted man cannot cite diplomatic immunity because he was on a several day holiday trip outside his host state Austria and not traveling between his host country and the state that dispatched him," the superior regional court in Bamberg said in a statement.

© AP Photo / Brennan Linsley
Saudi Arabia Bankrolled Iran’s MEK with Tons of Gold, Rolexes – Report
Assadi was detained in July near the German city of Aschaffenburg on a European warrant after a couple of people of Iranian origin were arrested in Belgium and authorities reported finding powerful explosives in their car.

The diplomat was charged with conspiracy to commit murder and being a foreign agent.

Belgian authorities have accused Assadi of being part of an alleged plot aimed at reportedly setting off explosives at a huge annual rally of the Mujahedeen-e-Khalq group, or MEK, in neighboring France.

READ MORE: US Indicts Two on Allegations of Spying for Iran on MEK Members in US

Six people linked to the case were seized legally in Belgium, France and Germany, two of whom were later released.