Iran’s Zarif: Fresh US Sanctions Aim to ‘Blow up Our Remaining Channels to Pay for Food & Medicine’ 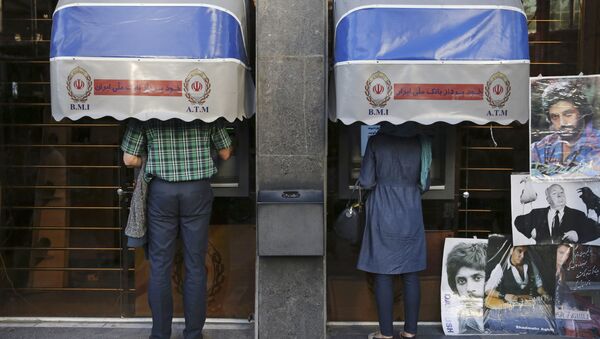 Irina Acheeva
correspondent
All materialsWrite to the author
Under Trump's administration, Washington has pursued a maximum pressure campaign against Tehran by withdrawing from the Iran nuclear deal and reinstating sanctions against the Islamic Republic.

Iran’s Foreign Minister Mohammad Javad Zarif has commented on the new US sanctions against Iranian banks.

Zarif said on Twitter that Washington "wants to blow up our remaining channels to pay for food & medicine".

Earlier today, the US Treasury added 18 Iranian banks to the sanctions list, according to the department’s website.

According to Treasury Secretary Steven Mnuchin, the move would "stop illicit access to US dollars".

"Our sanctions programmes will continue until Iran stops its support of terrorist activities and ends its nuclear programmes", he said in a statement.

In September, Bloomberg reported that the US administration was considering sanctioning Iran’s entire financial system to cut it off from the outside world.

On 24 September, the US Treasury imposed sanctions on two individuals and four entities.

US Secretary of State Mike Pompeo said in a separate statement that all the designated individuals and entities are responsible for gross violations of human rights, including torture or cruel, inhuman, or degrading treatment or punishment, arbitrary detentions, and denials of the right to liberty.

The United States has imposed several rounds of tough sanctions on Iran as part of President Donald Trump’s campaign of so-called maximum pressure, which began once Washington pulled out of the Joint Comprehensive Plan of Action (JCPOA), also known as the Iran nuclear deal, in 2018.