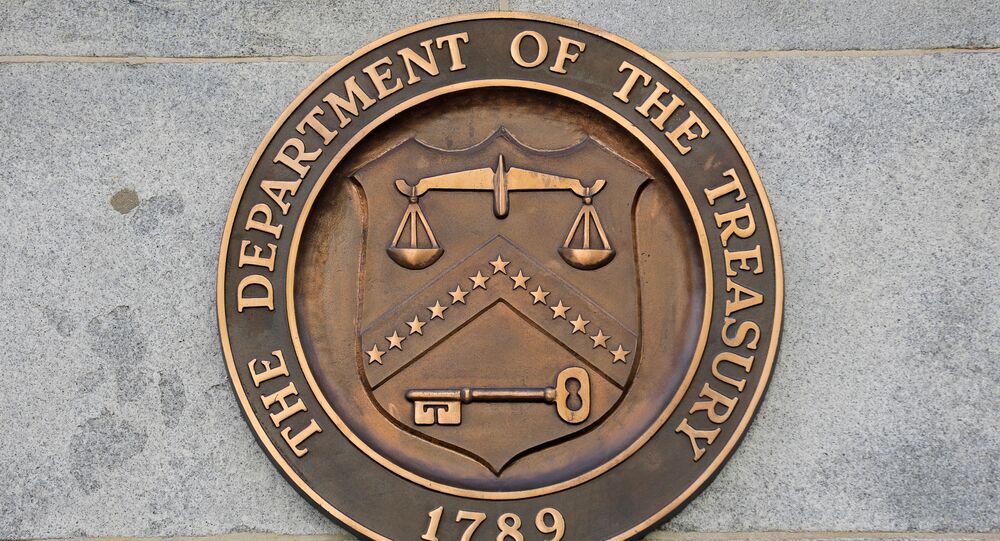 WASHINGTON (Sputnik) - The United States has imposed new sanctions on two individuals and four entities in Iran, the US Treasury Department said in a statement on Thursday.

US Secretary of State Mike Pompeo, in a separate statement, claimed that all designated individuals and entities are what he characterized as responsible for gross violations of human rights, including torture or cruel, inhuman or degrading treatment or punishment, arbitrary detentions, and denials of the right to liberty.

"These listings and sanctions come as Judge Sadati and Branch 1 of the Revolutionary Court were reported to be involved in the appalling case of Navid Afkari, a young athlete who was imprisoned and brutally executed on September 12, 2020, by Iranian authorities," Pompeo said.

Navid’s death must not be in vain: peace-loving nations should condemn his execution and Iran’s egregious human rights violations, and reaffirm respect for the freedom, dignity, and equality of every person. The United States will continue to stand with the Iranian people.

Pompeo claimed that Soltani was sentencing Bahai believers for expressing their religious faith.

Valikabad prison is where US citizen Michael White is being detained, Pompeo added.

Pompeo accused Soltani of detaining three Americans - Baquer and Siamak Namazi, and Morad Tahbaz, and said the US government would continue to work to bring them home.

Iranian authorities had charged 27-year-old Iranian wrestler Navid Afkari with killing a security guard during the 2018 protests in Iran.

US Policy on Iran Unlikely to Change After November Vote, Pompeo Says