'This Is Historic': Norway Registers Record Sales for Electric Cars 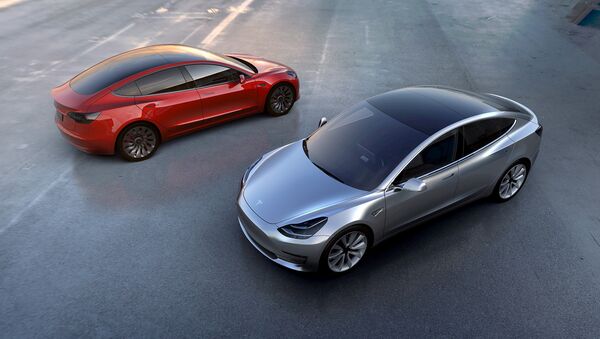 Igor Kuznetsov
All materials
In recent years, oil-rich Norway has had the most electric cars per capita in the world and sees itself as "world champion". Not content with that, the Norwegian parliament has decided on a national goal that all new cars sold by 2025 should be zero-emission.

Despite months of declines in new car sales, the share of electric cars sold in Norway has hit a new record high, with numbers spiking in September.

Last month showed a marked increase in the number of registered new cars, and electric car sales increased the most, according to recent figures from the Road Traffic Information Council (OFV).

With as many as 61.5 percent of the newly registered passenger cars being electric, never before have non-petrol cars accounted for such a high market share, the economic news outlet E24 reported.

Market professionals minced no words when they applauded the new threshold.

"This is historic. The electric car policy now works so well that 6 out of 10 Norwegians choose an electric car when they buy a new car. We are approaching a situation where electric cars could become available to everyone, as this is also good news for those who want to buy used electric cars", Christina Bu, Secretary-General of the Norwegian Electric Car Association, said.

The increase in the share of electric cars may be linked to a broad assortment of models on the market.

Three electric cars ended up at the top of the list of newly registered cars in September of 2020: Volkswagen ID. 3, followed by Tesla 3, and Polestar 2, followed by Toyota's hybrid Rav 4 which finished fourth.

A total of 15,552 new passenger cars were registered in September, which is an increase of 39.4% compared with the corresponding period last year.

Seen more broadly, 95,350 new cars had been sold by the end of September this year, a decrease of 13.8% compared with last year.

Overall, the fleet of electric vehicles in Norway is the largest per capita in the world. In March 2014, Norway became the first country where one in every 100 passenger cars on the road was a plug-in electric. The market penetration passed the 5-percent mark in December 2016, and 10 percent in October 2018.

In April 2020, the Norwegian stock of electric cars in use achieved the milestone of 10 percent of all cars in circulation in Norway. The Norwegian parliament has decided on a national goal that all new cars sold by 2025 should be zero-emission (either electric or hydrogen). Similarly ambitious ideas have been rolled out in neighbouring Sweden and Denmark.

In a recent opinion piece, Bu called Norway the "world champion in electric cars". Still, she warned, it is too early to "beat our chests and cheer". "90 percent of all cars in Norway pollute while driving, and the shift from cars that run on fossil fuels to electric is a marathon, not a sprint", she concluded.