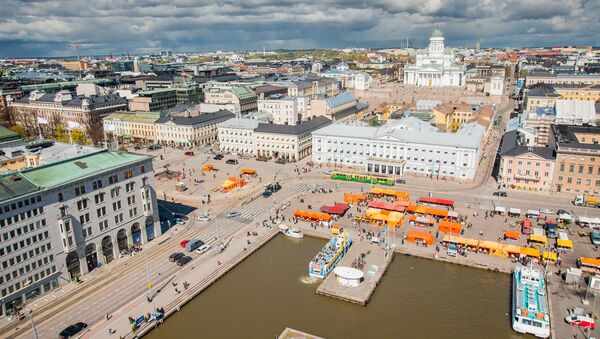 © Fotolia / Suomenkopteri
Subscribe
Igor Kuznetsov
All materials
The book “The Truth Provokes” has been described as “cruel and disgusting” by former Culture Minister Hanna Kosonen; it suggests that some Finnish women rejected by Finnish men “sought revenge on Finnish society by mating with foreigners”.

The opposition Finns Party Foundation has been ordered to repay nearly one tenth of its annual state support of €120,000 ($140,000)  to the Culture Ministry due to its publication of a book which has been deemed misogynist, national broadcaster Yle reported.

In June, the think tank published a 420-page book, “The Truth Provokes” by Jukka Hankamäki, a social psychologist, philosopher and failed parliamentary candidate.

The book, labelled a “philosophical study of the information and truth crisis of the left-wing populist mainstream media” included a section called “The tyranny of women and the socialisation of sexuality” where Hankamäki claimed that some Finnish women rejected by Finnish men “sought revenge on Finnish society by mating with foreigners”.

The Culture Ministry ruled the the Finns Party Foundation had violated the rules on grants by paying the sum to the author, as they specifically stipulate that the state support must be used to advance equality. The ministry also stressed that the publication repeatedly violated both the 1986 Act on Equality between Women and Men and the 2014 Non-Discrimination Act.

Former Culture Minister Hanna Kosonen of the Centre Party, who filled in for her party mate Annika Saairko during her maternity leave and stepped down in August 2020, described the excerpts she had read as “cruel and disturbing”.

The party’s leadership has since distanced itself from the publication. Finns leader Jussi Halla-aho called the publication “a mistake” and suggested a slip in quality control. He also emphasised that these are not the party's positions and don't represent its political programme.

The nationalist, Eurosceptic, anti-globalist and anti-immigration Finns Party emerged in the 1990s and has since slowly grown in popularity, draining voters from other right-of-the-centre parties. After entering the government in 2015, the party suffered a bitter schism in 2017, when half of the Finns leadership, including its founder and perennial leader Timo Soini, left. Still, the fledgling Blue Reform party failed miserably in the 2019 election, whereas the Finns reinforced their reputation as the largest opposition party, with 17.5 percent of the vote.