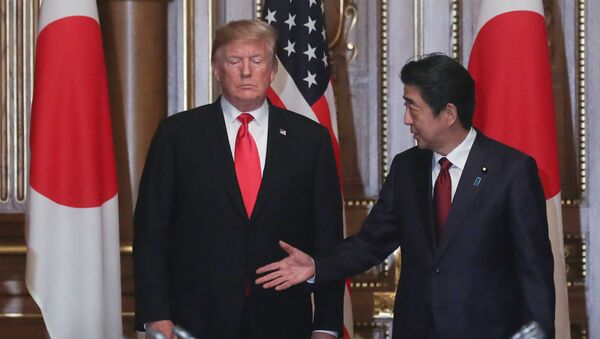 On Friday, Abe officially announced his decision to resign for health reasons. He has already informed the leadership of the ruling Liberal Democratic Party, of which he is the leader, and Natsuo Yamaguchi, the leader of the Komeito party, a part of the ruling coalition.

"I want to pay my highest respect to Prime Minister Shinzo Abe, a very great friend of mine. We've had a great relationship and I just feel very badly about it, because it must be very severe for him to leave. He loves his country so much and for him to leave, you know, I just can't imagine what it is. He's a great gentleman and so I'm just paying my highest respect," Trump told reporters on late Friday.

Many world leaders regreted Abe's resignation, including Russian president Vladimir Putin; leaders of the European Union, Charles Michel and Ursula von der Leyen along with others.

The Liberal Democratic Party is exptected to vote on the successor to Japan's longest-serving head of state on 15 September, according to the Kyodo news agency, citing government sources.