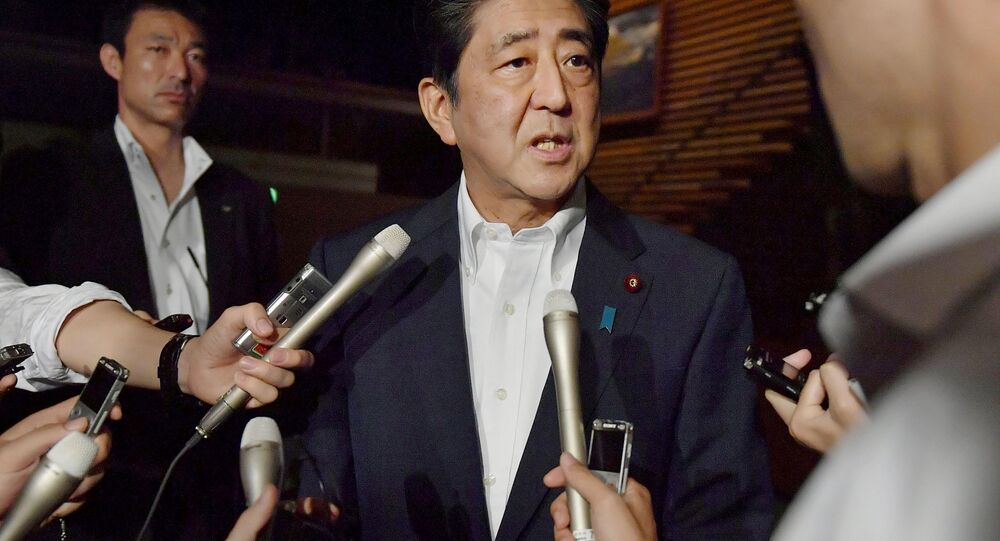 Japan's longest-serving prime minister, Shinzo Abe, has resigned, citing health issues. He is going to head the government until the next PM is appointed. Sputnik has spoken to Shinichi Nishikawa, a professor from the Department of Political Science and Economics at Meiji University in Tokyo, to discuss the issue.

Sputnik: How do you assess the prime minister's resignation from a political perspective?

Shinichi Nishikawa: The coronavirus pandemic has become a real "national disaster". In this context, it is irresponsible to change the country's leadership. I believe that the health of the prime minister, who has always shown a high sense of duty, deteriorated to the point that he had no other choice.

Sputnik: Who do you think will replace Shinzo Abe as prime minister? When and how might it happen?

Shinichi Nishikawa: In the natural course of events, Chief Cabinet Secretary Yoshihide Suga, who has always supported Prime Minister Abe's team, may become prime minister. According to the rules adopted by the Liberal Democratic Party, under Article 6(2), public elections should be held before electing the prime minister: an electoral campaign should be held, where a new leader is identified. However, for emergencies, Article 6(2) says that the prime minister may be elected at a meeting of both Houses of Parliament, replacing the party convention.

Moreover, according to paragraph 3 of Article 80 of the LDP Charter, if a new prime minister takes office when the previous prime minister's term hasn't yet expired, as is the case at the moment, they can only hold the post until the end of this period. That is, there will be new prime ministerial elections next September.

Sputnik: How do you assess the work of Prime Minister Abe’s administration? What will the country's citizens remember him for?

Shinichi Nishikawa: No matter what policy Abe Shinzo pursued, he is Japan's longest-serving prime minister. He's been in office since the adoption of the Constitution. On the other hand, I find it unacceptable for the Abe administration to disregard the Constitution. They have misinterpreted the Constitution regarding collective self-defence. Moreover, there were no emergency parliamentary sessions, although the opposition parties complied with all constitutional requirements.

I think PM Abe will be remembered as the leader who has turned Japan "to the right", who has managed to stay in office for so long thanks to the passive support of those saying that "there is no other suitable candidate".