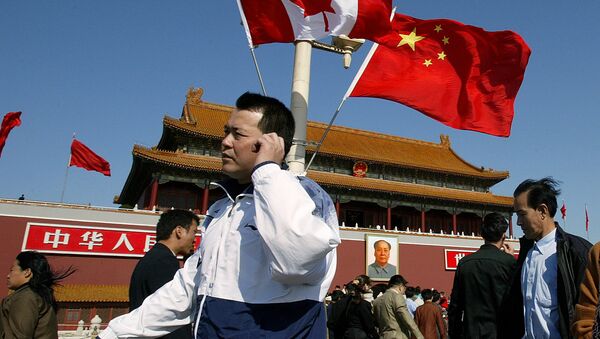 “We, the signatories, call on the Government of Canada to invoke Justice for Victims of Corrupt Foreign Officials Act (Sergei Magnitsky Law) S.C. 2017, c. 21 against individuals who are directly responsible for the human rights atrocities happening in Tibet, occupied East Turkestan [Xinjiang], and Hong Kong,” the letter said on Tuesday.

The letter addressed to Prime Minister Justin Trudeau, Deputy Prime Minister Chrystia Freeland and Foreign Minister Francois-Philippe Champagne was undersigned by 67 sitting members of parliament and three senators as well as a number of advocacy groups.

The office of the prime minister did not immediately respond to a request for comment.

The open letter comes amid a growing diplomatic rift between the two nations. Sino-Canadian relations soured after Canadian authorities detained Huawei CFO Meng Wanzhou in 2018 at the request of the United States, which was followed by the arrests of two Canadian nationals on charges of espionage in China.

As of Tuesday, Meng and the Canadian nationals - former diplomat Michael Kovrig and businessman Michael Spavor – have been in detention for nearly 600 days.

Meng is wanted by the US authorities for her alleged role in violating sanctions against Iran.

Both countries have condemned the detentions as political in nature. Both Beijing and Ottawa have said that their judicial systems are independent and denied claims the cases were politically motivated.

China has repeatedly refuted the allegations and said it fully complies with international human rights conventions.