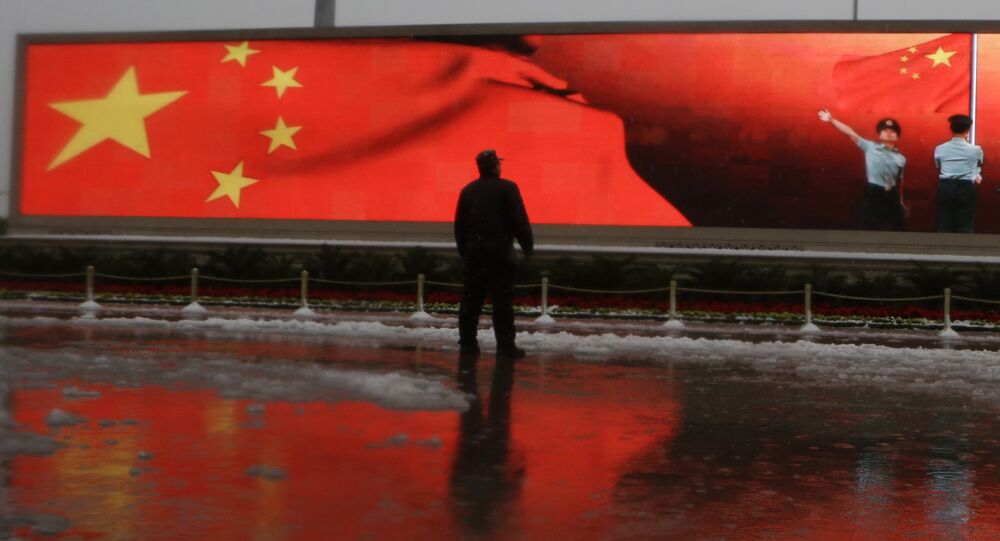 The US-China tit-for-tat sanctions targeting senior politicians have added to tensions already simmering between the world's two largest economies, say international observers, explaining why the People's Republic is unlikely to tolerate what it sees as US bullying.

Beijing has announced retaliatory sanctions against a number of US politicians including Republican senators Marco Rubio and Ted Cruz following the imposition of visa and asset restrictions on senior Chinese officials last Thursday over alleged human rights violations in Xinjiang.

"I must point out the Xinjiang affairs are China's internal affairs and the US has no right to interfere," Chinese foreign ministry spokeswoman Hua Chunying stated, commenting on the newly-introduced measure.

"The overall context is that we are in an era of 360 degrees of confrontation between China and the United States because China now is seen to be a national threat against the international order led by the United States," says Andrew Leung, a veteran independent Hong Kong-based China strategist.

According to the strategist, Washington's Xinjiang sanctions are part of a broader pattern which includes Trump's criticism of China over the COVID pandemic, the Sino-American trade war, and restrictions concerning the People Republic's high-tech firms and 5G programmes.

Thus, the Trump administration is looking forward to banning the US government from working with contractors who use technology from five Chinese high-tech firms, namely Huawei, ZTE, Hikvision, Dahua and Hytera Communications, under the pretext of security concerns, as Reuters reported on 9 July. The deadline to comply with the US government's requirements expires on 13 August 2020.

In addition, Washington is weighing up restrictions related to China's adoption and enforcement of the legislation on safeguarding national security in Hong Kong, according to The Wall Street Journal.

Meanwhile, on 4 July, two US Navy aircraft carriers arrived in the South China Sea to conduct naval exercises for the first time in six years. The USS Ronald Reagan and USS Nimitz carrier strike groups carried out operations aimed at “support[ing] a free and open Indo-Pacific”, according to the US Navy. Beijing denounced the US naval drills and presence in the South China Sea as "destabilising".

The White House's moves against Beijing are prompted by the fear that the People's Republic poses a serious challenge to the US, Leung explains.

"China is now seen to be eating Americans' lunch, and is not going to be a stakeholder in a world led by the United States," he says. "So there's a story about the 360 degrees pushback and then a few opportunities used by the United States to demonise China, not only on Xinjiang, but also on the coronavirus pandemic, and then on Hong Kong, on Taiwan and on the South China Sea."

While the US is seeing a deepening partisan divide, both Republicans and Democrats are unanimous on the need to crack down on China, admits Francesco Sisci, a Beijing-based Italian China expert, author and columnist. The question arises as to who is likely to impose maximum pressure on the People's Republic after the November election, he notes.

"President Donald Trump claims he was the first to put his foot down on China, his opponents respond that Trump's uncoordinated approach, lacking a long-term strategy, is hurting the US and helping China," Sisci elaborates. "Then it is possible that after the presidential elections, when the new administration will have time to concentrate on the country, it will focus more and with greater sense of purpose on China".

According to a NBC News/Wall Street Journal poll conducted in late May and early June, 43% of respondents said that Trump would be tougher in dealing with China, while 40% of American registered voters favoured presumptive Democratic nominee Joe Biden. Meanwhile, a March Pew Research Centre poll indicated that anti-China sentiment is growing in the US, with 66% of Americans having an unfavourable opinion of the People's Republic.

Still, the more anti-China decisions Washington makes, "the more China would regard that this is another kind of insult to China's national honour", Andrew Leung presumes. One should bear in mind that China was subject to a lot of foreign aggression during the past centuries, the strategist notes, referring to the era of opium wars when the country's sovereignty was abused by many Western states.

"So that's why China is now resorting to some sort of a push back", he explains, "because a lot of the people in China would not now tolerate seeing their country being bullied".

To date, the US and China have largely resorted to "symbolic" steps, however, these symbols speak volumes, according to the strategist.

"I think that the US sanctions are carefully calibrated, targeting certain individuals. It's symbolic, but so is the Chinese push back, imposing sanctions on certain American politicians. It's likely to be also symbolic. The symbols are important," he concludes.