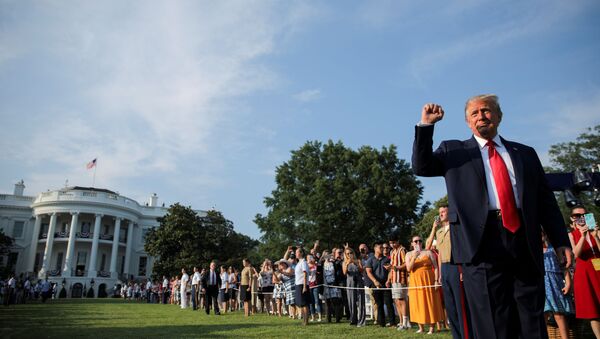 Ekaterina Blinova
All materialsWrite to the author
Joe Biden's nationwide lead over Donald Trump appears tricky, say international polling and media experts, explaining why one should read and analyse polling results carefully instead of blindly swallowing the MSM's bait.

Joe Biden's polling lead over Trump has been both incredibly stable and unusually large over the past several months, FiveThirtyEight, a polling aggregation website, concluded on Thursday. According to the website’s "national polling average", the gap between the presumptive Democratic nominee and the incumbent president has hovered between 8.9 and 9.6 percentage points since mid-June.

"This is a sizable enough lead that Trump’s re-election chances are in a precarious position", the polling aggregator presumed, adding that "state-level polls didn’t offer Trump much of a silver lining" either.

Still, Donald Trump and his supporters have repeatedly dismissed Biden's apparent lead suggesting that polls are far from being accurate and citing the MSM's alleged partisan bias.

"CNN polls are as fake as their reporting", Trump tweeted on 8 June after the broadcaster released a survey showing Biden's 14-point lead over the president in the race for the White House.

CNN Polls are as Fake as their Reporting. Same numbers, and worse, against Crooked Hillary. The Dems would destroy America!

​However, on 17 June Reuters and Ipsos published their poll that indicated a 13-point advantage over Trump, while on 24 June, a New York Times/Siena College study found that the former vice president was ahead of Trump by the same 14 points.

Nevertheless, the Reuters/Ipsos poll was thrown into doubt by The Washington Times' opinion editor Cheryl K. Chumley, who noted that, first, the number of Democratic-leaning respondents was 7% larger than Republican-leaning ones; second, the poll was conducted entirely online; third, the pollster used "a credibility interval", whose accuracy is questioned by the American Association for Public Opinion Research (AAPOR), instead of a "margin of sampling error" (MOE). Chumley noted that these inconsistencies had not prevented the US MSM from disseminating the Reuters/Ipsos' findings.

Meanwhile, speaking on the show Crowdsource the Truth on 24 June Kelly Sadler, former Special Assistant to Trump, pointed out that the NYT’s 24 June poll had "oversampled both Florida and New York states", "oversampled Democrats versus Republicans", and was largely based on opinions of "unregistered voters".

'People Not Influenced by Polls Anymore'

One might ask whether some pollsters are intentionally juggling poll results because of political bias and whether they are doing this to influence the electorate.

Addressing the aforementioned concerns, Antonio Noto, the director of Noto Sondaggi, an Italian institute specialising in opinion polls and electoral research, remarks that though the methodology used by Reuters/Ipsos might not be 100% correct, "it is difficult to evaluate how much that 13% could be minimised with a different methodology". He opines, however, that online polls "are not ideal as they exclude a big part of the population".

When it comes to the New York Times/Siena College survey, it would be difficult to use a proportional sample while considering the US electoral system, Noto continues.

"In 2016, Mrs Clinton got more votes than Trump, but in the end, Clinton lost", he elaborates. "The only representative polls that work in US are to be conducted individually in each state to attempt a prediction of how many congressmen will be elected. The system of proportional representation will get the prediction wrong. However, it could prove to be very expensive to carry out a poll in each state".

As for an apparent reverse effect of polls on people's hearts and minds, Noto reveals that in the past 15 years, he and his colleagues have registered that poll results don't have an impact on the public opinion: "People are not influenced by a poll's results anymore", he underlines. 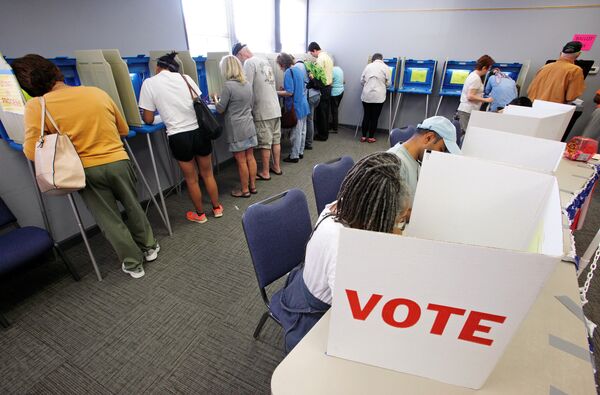 'Findings Give the Press Ammunition to Go After Trump'

"There is a strong anti-Trump bias in the mainstream media but whether this affects the polls or not I cannot say", notes George S. Kazolias, a veteran US journalist, media trainer, and consultant. "The findings however do give the press ammunition to go after Trump which they do with glee".

Having admitted that he favours polls when done honestly, the media expert acknowledges that "not enough is done to educate people on how to or what to read into a poll and that pollsters are not transparent enough in their methodology".

"Yes, the MSM will often twist and interpret polls to align with their editorial policies", he opines. "Yes, questions can be asked in such a way as to get a result which doesn't really reflect what the poll is supposed to be about. Polls can be conducted with such a large margin of error that it makes them senseless. And of course, pollsters and those paying can align to produce results that make the opposition look bad and try to influence voters".

According to him, polls do influence people in different ways: "They can give the impression of a strong imbalance if they question people who never voted on who they support or they could influence some people not to bother to vote because they feel it is already a foregone conclusion", Kazolias presumes.

Citing the data compiled by polling aggregator FiveThirtyEight the journalist notes that it does not surprise him: "What surprises me is that 40% still think [Trump] is doing a good job, which is much higher than most leaders in other Western industrial nations", he remarks. 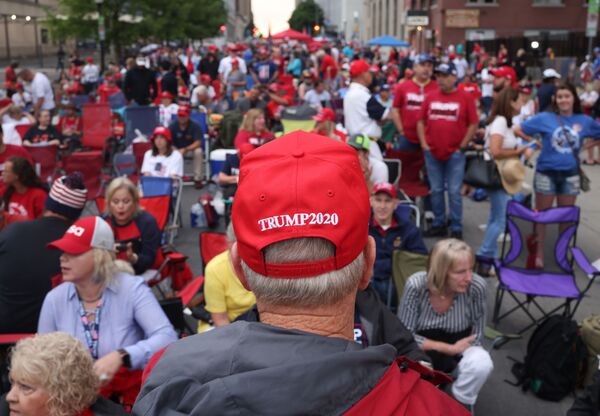 Supporters of U.S. President Donald Trump gather to attend a campaign rally at the BOK Center, June 20, 2020 in Tulsa, Oklahoma. President Trump is scheduled to hold his first political rally since the start of the coronavirus pandemic at the BOK Center on Saturday while infection rates in the state of Oklahoma continue to rise
© AFP 2022 / WIN MCNAMEE

"I personally do not believe any of these polls", says investigative journalist and Crowdsource the Truth host Jason Goodman.

"They’re lying to us about everything else why would anyone trust this?" he asks, referring to the left-leaning US MSM. "I believe the purpose is just to influence people‘s choices. The thought process being, people want to vote for a winner so if they depict Hillary Clinton or Joe Biden as having a 93% chance of winning, the average easily influenced person will go with the crowd rather than think for themselves".

Besides this, one should bear in mind that only about 40-45% of Americans actually vote which makes more than half of the opinions in polls like those irrelevant, he adds.

According to Goodman, the alleged polling manipulations fall into a broader pattern of the mainstream media and Silicon Valley giants' attacks against Trump, including the circulation of unfounded rumors of Trump's "collusion" with Russia and Ukraine by CNN, the use of specific search algorithms to suppress conservative sources by Google, Twitter's "shadow-banning", and Facebook's "censoring" of right-wing accounts.

The investigative journalist bemoans the state of the media in America right now, saying it "is so decrepit we’ve never seen anything like it before in modern society". "Each of these major organisations is owned by billionaires who control and massage the 'news' to suit their political and financial purposes", he says.

Remarkably, CNN, one of the mainstream media sources routinely chastised by Trump, also warns against blindly trusting Democratic pollsters: as Arick Wierson, a six-time Emmy Award-winning television producer and media executive, noted in his recent op-ed for the media outlet: "reports of [Trump's] political demise may be grossly exaggerated".

According to Wierson, if one reads the polls carefully, one would see that Biden's performance has not improved much over the past months, while Trump continues to enjoy economic approval of 56% in battleground states despite rising unemployment, COVID, and anti-racism protests. "What's the takeaway? Polls are nothing more than a snapshot in time – they are neither a forecast, much less a prediction", the media executive concludes.