US Envoy Rules Out Moratorium on Deploying Intermediate-Range Missiles 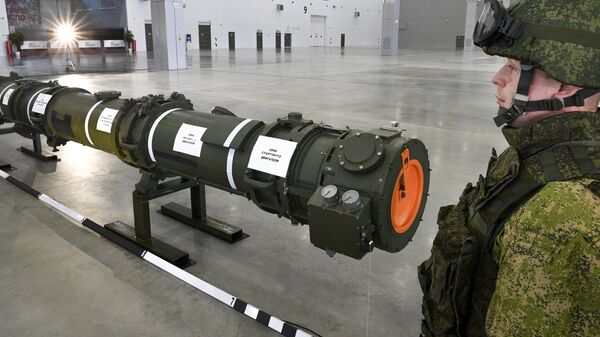 WASHINGTON (Sputnik) - US Special Representative for Arms Control Marshall Billingslea on Wednesday ruled out the possibility of a moratorium on the deployment of intermediate-range missiles after the United States abandoned a respective treaty with Russia.

US and Russian technical working groups on arms control will meet in the coming days in Vienna, Billingslea said during a virtual panel discussion.

"Of course this is an evolutionary process, I do hope after the expert and technical working groups meet in the coming days in Vienna that we will make sufficient progress", Billingslea said.

The United States withdrew from the 1987 INF Treaty in August 2019 after formally suspending its obligations in February and triggering a six-month withdrawal process. Russian officials have repeatedly denied US allegations of violating the pact.

Ambassador Marshall Billingslea continued on by saying that the United States is willing to extend the New Strategic Arms Reduction Treaty (New START) but only based on special circumstances.

"We are willing to contemplate an extension of that agreement but only under special circumstances", Billingslea said.

Those conditions include progress on talks with China, addressing Russian programs, and improved verification.

Billingslea further elaborated that the United States and Russia eye the second round of arms control talks in late July or early August and will again extend an invitation to China to join.

"Sufficient progress was made ... we could even envision perhaps at the end of July or maybe the beginning of August a second round in Vienna, which I think is something that the world will welcome", Billingslea said. "China again will be called upon to attend".

Don’t Hold Your Breath: Trump Unlikely to Extend New START With Russia Before 2020 Vote, Prof Says
The Russian Foreign Ministry said following the talks that the two countries' officials had discussed the extension of the Strategic Arms Reduction Treaty (New START), which is set to expire in February 2021, and maintaining stability in the context of the INF treaty termination.