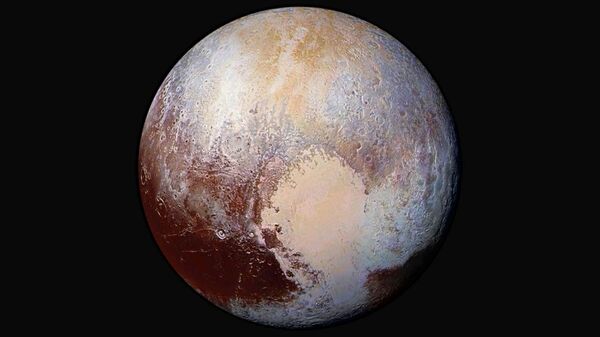 Pluto is an icy dwarf planet in the Kuiper belt, orbiting the sun from the edge of our solar system and boasting a surface temperature of around minus 378 degrees Fahrenheit. It was observed in greater detail in a brief flyby on July 2015 by the New Horizons spacecraft - the first and, to date, only spacecraft to do so.

A new study has suggested that currently frigid dwarf planet Pluto may have originally started off as a hot world.

According to the report, “Evidence for a hot start and early ocean formation on Pluto”, published on 22 June in Nature Geoscience, a team of scientists from the University of California, Santa Cruz, sought to dispel the previous assumption that the planet formed when cold and icy rock were clumped together in the distant Kuiper Belt, beyond Neptune's orbit. 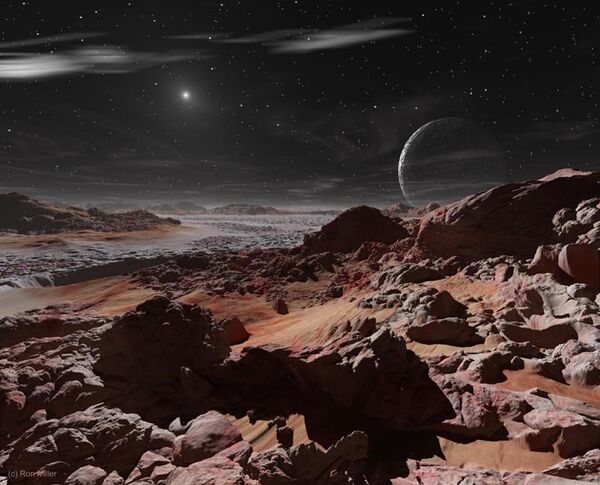 “Extensional features” discovered during the study of Pluto's icy surface, such as cracks in its shell and ridges and troughs, suggest Pluto had a “hot start”.

"When we look at Pluto today, we see a very cold frozen world, with a surface temperature of about 45 Kelvin [minus 380 degrees Fahrenheit, and minus 228 degrees Celsius]… I find it amazing that by looking at the geology recorded in that surface, we can infer Pluto had a rapid and violent formation that warmed the interior enough to form a subsurface water ocean," says lead author of the study, Carver Bierson, a planetary scientist at the University of California, Santa Cruz, was quoted as saying by Space.com.

The team of scientists had compared geological observations of Pluto captured by NASA's New Horizons spacecraft, which made a brief flyby of the dwarf planet on 14 July 2015, with various existing models of Pluto's origin and evolution. 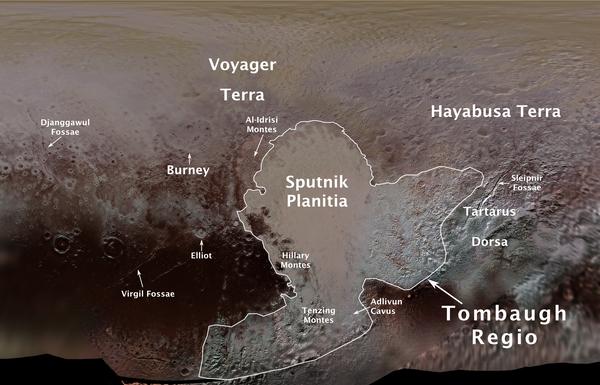 Pluto’s first official surface-feature names are marked on this map, compiled from images and data gathered by NASA’s New Horizons spacecraft during its flight through the Pluto system in 2015.
© NASA . JHUAPL/SwRI/Ross Beyer

According to the models, if Pluto had experienced a cold start, in line with earlier theories, as heat from radioactive elements melted ice, its frozen shell would have been compressed at an early stage of its existence.

Subsequently, as the radioactive elements broke down and Pluto cooled, there would have been a stretching and extension of Pluto's surface. 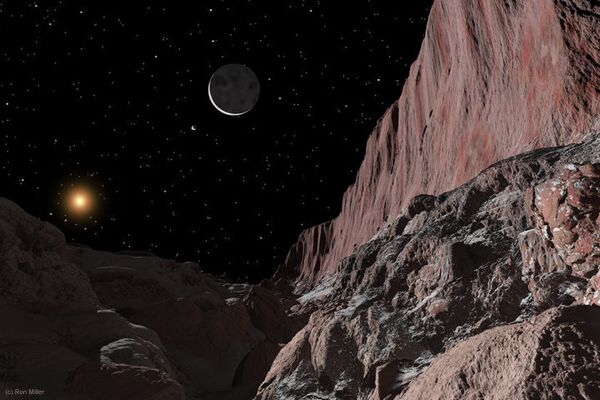 However, studies of high resolution images of the most ancient parts of the dwarf’s surface do not show any definite signs of compression.

According to the suggested theory of Pluto coalescing rapidly and violently, heat from colliding rocks would have faded quickly, triggering the icy shell to grow rapidly.

This, in turn, would generate extensional features at an early stage of the dwarf’s existence. The freezing would pause and resume as radioactive elements broke down, overtime creating extensional structures.

"For a long time people have thought about the thermal evolution of Pluto and the ability of an ocean to survive to the present day. Now that we have images of Pluto's surface from NASA's New Horizons mission, we can compare what we see with the predictions of different thermal evolution models," said coauthor Francis Nimmo, professor of Earth and planetary sciences at UC Santa Cruz.

The new research suggests that Pluto and, possibly, other large dwarf planets in the Kuiper Belt, may have possessed subsurface oceans at some stage.

While cautioning that New Horizons provided high-resolution images of only about half of Pluto's northern hemisphere, Bierson was enthusiastic about the implications of the new research regarding the potential ingredients for life.

"At this point, we don't know the recipe needed for life to emerge on any world. Still, we think liquid water is an important ingredient, and this work suggests Pluto has had that for a long time," said Bierson.