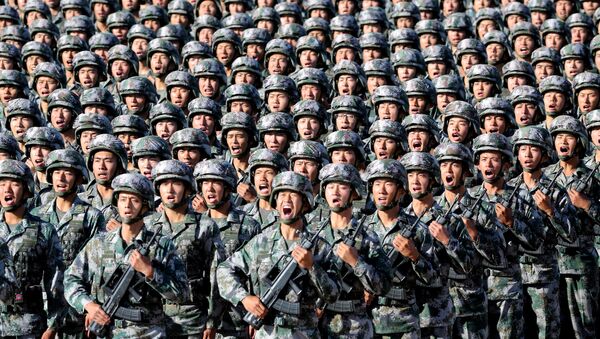 On Friday, at the 13th National People's Congress (NPC), China's top legislative body, a government work report from Premier Li Keqiang revealed that Beijing will not set a numerical target for its gross domestic product for 2020, for the first time in years, due to cited uncertainties about the economy and trade amid the COVID-19 pandemic.

China's defence spending this year is set to rise at its slowest rate in three decades as lingering uncertainty overshadows economic and trade prospects amid the continuing COVID-19 pandemic, reports Reuters.

Although set at 1.268 trillion yuan ($178.16 billion) in the national budget released on Friday and showing an increase of 6.6 percent from 2019, the figure is seen to reflect the country’s acknowledgement of heightened security threats and an array of unpredictable factors weighing in on future development.

With the start of 2020 highlighted by the spread of the coronavirus epidemic, that was first registered in the Chinese city of Wuhan late last year, the economy of the country shrank by 6.8 percent in the first quarter of 2020 as compared with the previous year. 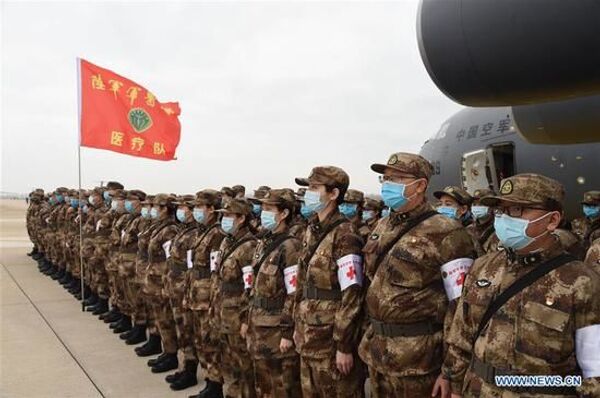 At the 13th National People's Congress (NPC), which opened its third session on 22 May and was attended by President Xi Jinping and other Chinese leaders, Premier Li Keqiang delivered a government work report revealing that the country had omitted a 2020 economic growth target for the first time.

Explaining the decision as chiefly motivated by uncertainty created by the coronavirus pandemic, Li said:

"This is because our country will face some factors that are difficult to predict in its development due to the great uncertainty regarding the COVID-19 pandemic and the world economic and trade environment," he said.

A central government budget deficit target of 3.6 percent of GDP was set for this year, up from 2.8 percent in 2019, allowing for measures to tackle the aftermath of the coronavirus pandemic, with authorities at all levels urged to cut budget expenditure over the crisis. 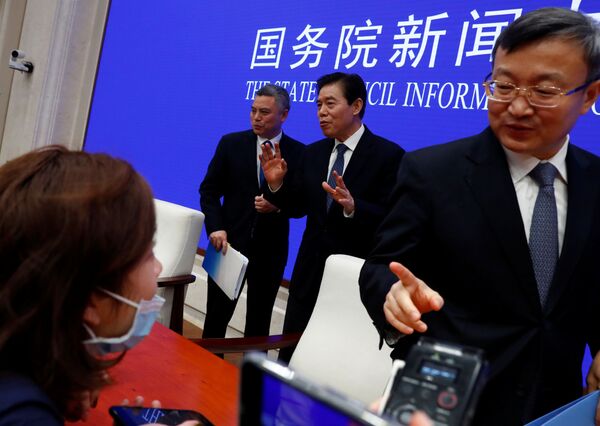 While pledging government support for the economy in stressful times, Li pledged that the armed forces, the world's largest in terms of sheer numbers, would continue to receive the support needed to ward off security threats.

China’s publicly-revealed military expenditure figures are widely perceived by the diplomats and foreign experts of some countries as under-reported.

Bates Gill, Professor of Asia-Pacific Security Studies at Macquarie University in Australia, was quoted by Reuters as saying the current figures for China’s defence budget remain impressive, while reflecting the country’s need to balance spending to adequately address other economic priorities.

"That said, 6.6% growth is not insignificant and is perhaps multiples higher than expected GDP growth for the coming year," he said.

China's military, in the opinion of the expert, faces certain challenges regarding the recruitment and training of soldiers, whose level of education and technological knowhow allow them to operate in more high-tech conditions.

Some experts are cited as suggesting boosted defence spending could give the Chinese economy the jolt it greatly needs amidst slumping manufacturing and domestic consumption.

In a recent internal report, the Ministry of State Security was cited as having warned that China faced heightened hostility in the wake of the coronavirus outbreak.

Beijing has been facing international criticism over its alleged failings in handling the coronavirus outbreak, with US President Donald Trump spearheading the accusations, which were echoed by Secretary of State Mike Pompeo. 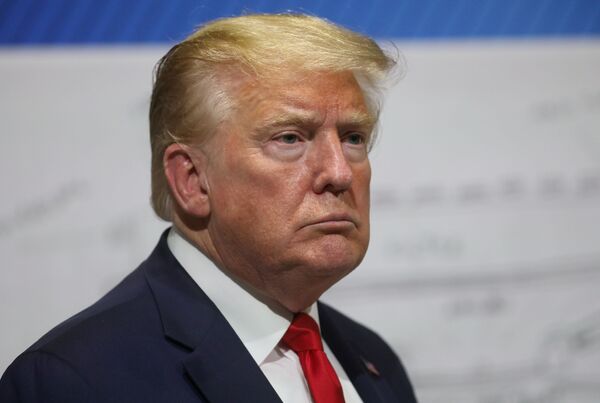 U.S. President Donald Trump pauses in front of a diagram while touring the Ford Rawsonville Components Plant, which is making ventilators and medical supplies, during the coronavirus disease (COVID-19) pandemic in Ypsilanti, Michigan, U.S., May 21, 2020.
© REUTERS / Leah Millis

On 21 May Donald Trump tweeted that China's campaign of "disinformation" had aided in spreading the virus around the world.

Beijing has been consistently rejecting all allegations, in turn accusing Washington of resorting to scapegoating practices amid the coronavirus pandemic.

"China urges the United States to really focus on the international efforts in coping with and combating the pandemic, avoiding politicisation of the pandemic issue, and to stop blaming and scapegoating practices," said China’s Ambassador to the United Nations Zhang Jun on 19 May at a Security Council meeting.