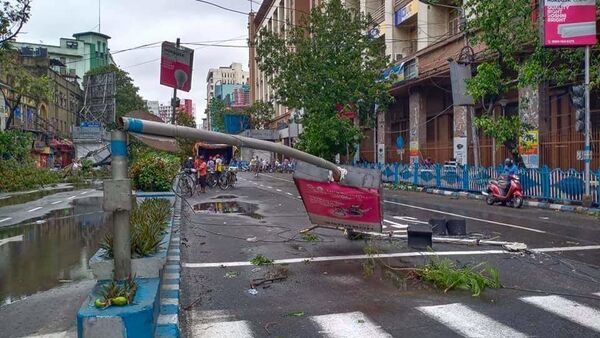 Chief of the Indian state of West Bengal Mamata Banerjee said on Thursday that 72 people have lost their lives in Super Cyclone Amphan, mostly due to electrocution or falling trees.

Over 500,000 people were evacuated from the worst-affected region of the state to safer places or relief camps.  The state chief estimated a loss of some $13 billion due to the calamity.

​India’s federal Meteorological Department said on Thursday that the cyclone now lay over Bangladesh, but had weakened.

“It crossed over to Bangladesh last night and today it lay centred around Bangladesh with a 50-60 kilometres per hour speed. The cyclone has now weakened into a deep depression and now there is no danger in Bangladesh also,” said Mrutyunjay Mahapatra, Director General of India Meteorological Department.

#CycloneAmphan has weakened from a super cyclonic storm to a cyclonic storm today morning, it crossed India-Bangladesh border at 11.30 PM yesterday. It has now weakened to a deep depression, centred over Bangladesh, there is no threat of cyclone in Bangladesh as well.
- DG, IMD pic.twitter.com/h2LXh8kXbd

​India’s federal disaster response force said since advance prediction by the weather office was accurate, people along the route of the cyclone could be evacuated to safer places, thus minimising human casualty.

“Currently about 500,000 people are in relief camps in West Bengal. In Odisha there were about 250,000 people in safe places/relief camps, but they started returning to their homes today, as the impact in the state was lesser than West Bengal and the situation is returning to normal,” said S.N. Pradhan, according to the chief of the National Disaster Response Force (NDRF). 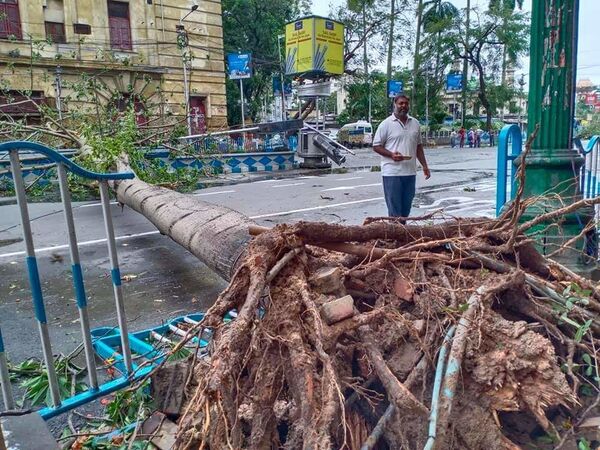 In Kolkata, flight operations from Netaji Subhash Chandra Bose International Airport had to be suspended as runways were flooded and several operational buildings were damaged in the gale and thundershower.