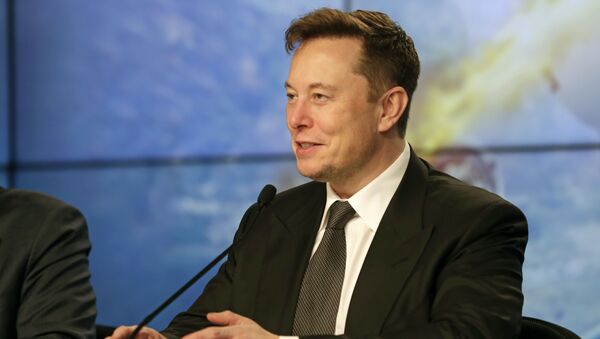 © AP Photo / John Raoux
Subscribe
“Possessions kind of weigh you down”, star inventor Elon Musk said last week as he reiterated his earlier promise to get rid of all his luxury properties around the world. According to the Tesla CEO, his girlfriend and mother of his newborn baby was kind of “mad” at him for the move.

Elon Musk, founder of SpaceX and one of the richest people in the world, has put four more properties in California up for sale, with a collective asking price of $62.5 million, Bloomberg reported, citing information on Zillow’s website.

Another property listed “as for sale by owner” for $35 million is a mansion in Hillsborough, the real estate site reveals. Previously, the eccentric engineer listed his other two California homes in Bel Air for a combined asking price of $39.5 million, while noting that one of the houses, previously owned by late actor Gene Wilder, “cannot be torn down or lose any its soul”.

This comes as the TeslaX CEO, who is considered to be the 31st-richest person in the world with a net worth of $35.9 billion, according to Forbes May 2020 estimates, announced this month that he will sell “almost all physical possessions”. Musk thus vowed to “own no house”, but noted that this made his partner pop-star partner Grimes, or Claire Elise Boucher, who just gave a birth to his sixth child with a musical name X Æ A-12, “mad” at him.

My gf @Grimezsz is mad at me

​Commenting on the controversy surrounding his gesture, Musk explained in a podcast with comedian Joe Rogan last week that “possessions kind of weigh you down” in a political sense, as people tend to have a poor view of billionaires and “attack” those with a large amount of assets.

“They're kind of an attack vector, you know? People say, ‘Hey, billionaire, you've got all this stuff’. Well, now I don't have stuff. Now what are you going to do?”, Musk said in the podcast.

In the meantime, some reports emerged that the Tesla chief executive was actually low on cash and was mostly living off money borrowed from various financial institutions, including Morgan Stanley, Goldman Sachs, as most of his assets were invested in his founding companies.

Musk has also recently entered a legal battle with Alameda County, after the local health officials forbade him to reopen a Tesla car factory in California amid coronavirus restrictions. The entrepreneur slammed the ban and vowed to resume production anyway, while also threatening to ultimately move Tesla’s headquarters to Texas or Nevada.