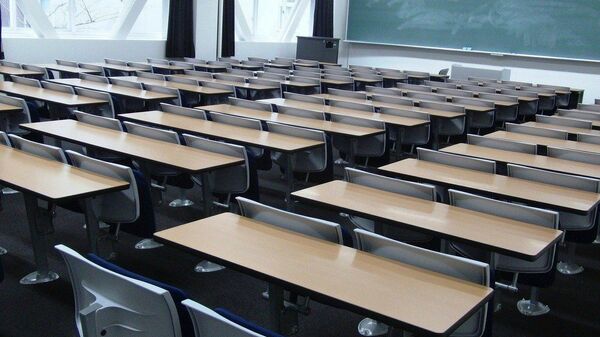 CC0 / /
Subscribe
International
India
Africa
According to the Institute for Health and Welfare (THL), children make up “a very small part” of those infected and develop only mild symptoms, if any at all.

Starting 14 May, Finland’s classrooms will gradually reopen after being shuttered for nearly two months in a bid to stem the spread of the novel coronavirus, Social Democrat Prime Minister Sanna Marin announced.

The nation’s schools switched to remote learning on 18 March, as the government declared a state of emergency over the coronavirus.

According to Marin, schools will be opened in stages in a controlled manner, in accordance with health officials' guidance and keeping classrooms separate from each other, possibly even in several shifts. Primary and lower secondary schools will be the first to reopen, the newspaper Hufvudstadsbladet reported.

The prime minister explained the decision was made based on health authorities' assessments. According to the Institute for Health and Welfare (THL), children make up “a very small part” of those infected and develop only mild symptoms if they develop any at all. Not a single Finnish child has received hospital or intensive care for COVID-19, THL emphasised.

Marin stressed that remote classes will no longer be permitted once classrooms open again. She saw no legal barriers to opening schools again, and underscored that all children have a right to an education.

Education Minister Li Andersson said new guidelines will be unveiled in a bid to avoid unnecessary physical contact between students. Also, fewer pupils will be gathered in classrooms and other common spaces, like cafeterias. Lastly, no parties or traditional end-of-the-year festivities will be held. At the same time, no obligatory face masks have been prescribed by the Institute for Health and Welfare.

Andersson said the government was unconvinced by the teachers' union's negative opinion about the reopening of schools before summer break. According to Andersson, keepings schools closed was “not sustainable epidemiologically”.

The Finnish authorities are poised to open up the country and gradually remove the restrictions and bans, as the THL has only found “very few” people who have had the disease. Earlier this month, THL began researching the spread of the novel coronavirus by random antibody testing starting in the metropolitan province of Uusimaa, which was hit the hardest and was even sealed off from the rest of the country for a period of several weeks. So far, only 2 percent of the tests (11 out of 516) returned positive, which indicates that only a minor part of the population may have had COVID-19.

Other measures taken during the state of emergency still remain in place, including a ban on gatherings of more than 10 people and the closure of museums, theatres, cinemas, hobby facilities, swimming pools, youth clubs, and other meeting points.

In opening schools, Finland is following its Nordic cousins. In Denmark, schools opened after Easter, whereas Norway has been gradually opening up since 20 April, both utilising the same concept as Finland. In Sweden, daycare centres, preschools, and primary schools never closed.

With under 5,000 confirmed cases, 2,800 recoveries and 206 deaths, Finland remains the least-hit Nordic nation.