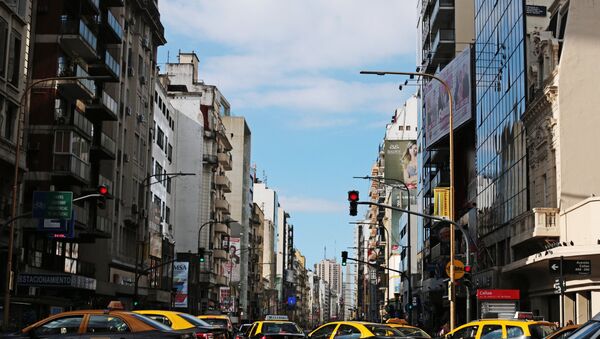 Ekaterina Blinova
All materialsWrite to the author
Every South American state has chosen its own way of dealing with the coronavirus crisis, and Argentina's Peronist government led by Alberto Fernandez is no exception, says Argentine political analyst Gonzalo Fiore Viani, explaining what makes Fernandez's approach so different.

In a bid to prevent a hike in coronavirus cases, the Fernandez government closed the country's borders on 16 March and imposed a nationwide lockdown four days later. To date, Argentina has reported 4,127 COVID cases and 207 coronavirus-related deaths.

Sputnik: What's your take on Fernandez's strategy to tackle the coronavirus crisis? How does his approach differ from other Latin American countries? Was Buenos Aires prepared for the pandemic, in your opinion, in terms of medical staff, hospital beds, bio-security supplies, etc.?

Gonzalo Fiore Viani: I believe that Fernandez did the best he could do under the circumstances. He took on the pandemic at the very first moment, ordering a total quarantine and social distancing, preventing the increase in cases. It was very different to the approach of Presidents [Jair] Bolsonaro in Brazil or Lenin Moreno in Ecuador. They prioritised the economy over the health of their citizens and ended up provoking a national disaster, not only for the health, but also for the economy. Buenos Aires is well prepared for the pandemic. By decreasing and lowering the rate of cases in the first place, the national and provincial governments gained valuable time which they used to increase the number of hospital beds, prepare the medical staff and obtain bio-security supplies. Also, China sent 1,500 medical kits which were very helpful and important for Argentina.

Sputnik: How did the Fernandez government manage to roll out social aid packages despite the country's multi-billion debt? What's your take on Fernandez's decision to forbid nationwide layoffs?

Gonzalo Fiore Viani: Despite the country’s multi-billion dollar debt, the government printed money and directed it to the people with low incomes. The focus has been placed on the poor and the unemployed. The government has announced a unique tax for those having assets of more than 10 million pesos ($153,000), but it still has not been approved by the Congress.

I believe Fernandez's decision to forbid nationwide layoffs was the best one possible in this context, the unemployment rate is already high and the economic crisis could have been the worst since 2001, or even worse.

Sputnik: Buenos Aires is continuing negotiations on restructuring over $72 billion in debt with institutional investors. What's your prognosis for the talks? Could they still prove successful amid the coronavirus-driven global economic recession?

Gonzalo Fiore Viani: The debt restructuring proposal announced by the government has the aim of bringing some air into the lungs of the national economy. The proposal is reasonable because it provides a three-year grace period to creditors, as well as reduction of interests.

I think that the government can have very successful negotiations, especially with the International Monetary Fund (IMF), and while the situation with the private creditors is harder, it is also possible to come to an agreement. Fernandez has the backing of major European leaders like Emmanuel Macron and Angela Merkel.

He also has the support of Donald Trump, who has said that Argentina “can count on him”. So, I think that while the recession will surely be hard and difficult to deal with, the government has the instruments to deal with it and turn the situation all the way around in the near future.

Sputnik: For how long will Buenos Aires be ready to maintain the lockdown measures? How do people assess the government's handling of the pandemic and Fernandez's performance as the country's president?

Gonzalo Fiore Viani: According to most of the polls, Fernandez's performance is very highly rated, even to historic maximums. Despite being a candidate named by Cristina Kirchner and having zero political capital before the elections, Fernandez has managed to become a leader in his own right and he is extremely popular.

For now, it is difficult to say exactly for how long the lockdown measures will last. Nevertheless, the president has already announced a five-staged quarantine plan, and right now we are living in the third one, where almost 45% of the population is working. Once the contagious rate duplicates every 25 days, the country will enter the fourth one, where 75% of the population will be moving and working with strict health measures. After that, the fifth stage will consist of what the president has called “the new normal”, with the majority of the people working and returning to normal lives, but also with strict health measures to avoid a dramatic increase in cases.