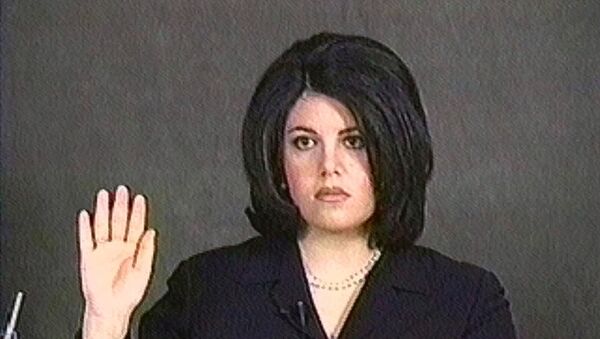 © AP Photo / APTN
Subscribe
Linda Tripp, whose secretly taped conversations with Monica Lewinsky led to the impeachment of President Bill Clinton in 1998, has died age 70. She made a secret of covert recordings with the White House intern, which were handed over to independent prosecutor Kenneth Starr.

Linda Tripp was a public affairs specialist at the Pentagon in 1994 and worked there with Monica Lewinsky, who would later get an internship at the White House.

The pair became friends and when Lewinsky confessed to sexual liaisons with the President, Tripp betrayed their friendship by secretly taping her explosive relations and later handing them over. She said she was acting out of "patriotism."

So what did Lewinsky say in those tapes? 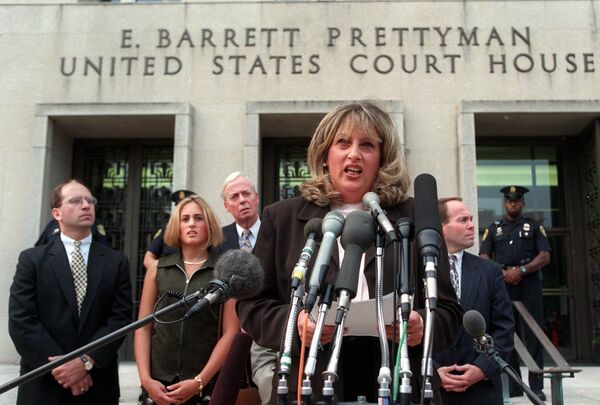 One of the most revealing conversations dates from 20 November 1997 when Tripp urges Lewinsky to keep hold of a stained blue dress she wore during a sexual encounter with the president.

Linda Tripp (LT): So one other thing I want to say to you that you can do what you want with…I want you to think about this…and really think about it, instead of always just dissing what I say, O.K.?

Monica Lewinsky (ML): I don't always dis what you say…but sometimes you’re such a…

LT: Hey, listen. My cousin is a genetic whatchamacallit…and during (trial of former NFL star) OJ Simpson, I questioned all the DNA, and do you know what he told me? 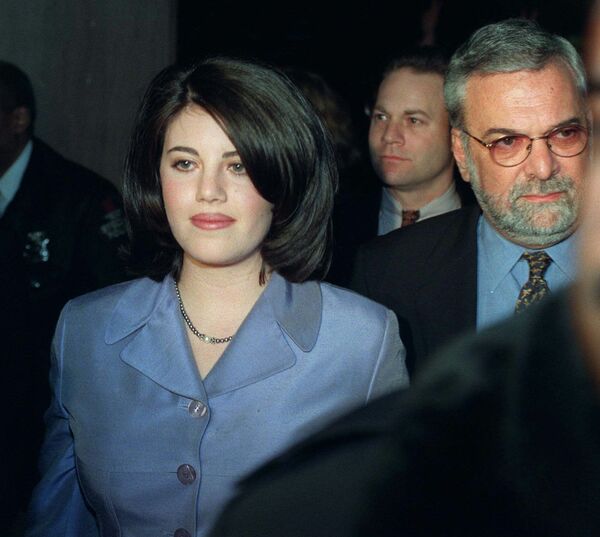 LT: I will never forget this. And he's like a Ph.D, and blah, blah, blah. And he said that on a rape victim now - they couldn't do this, you know, even five years ago. On a rape victim now, if she has preserved a pinprick size of crusted semen, 10 years from that time, if she takes a wet Q-tip and blobs it on there and has a pinprick on a Q-tip, they can match the DNA with, absolutely, with certainty.

ML: So why can't I scratch that off and put it in a plastic bag?

ML: Well, I'll think about it.

LT: I…and believe me, I know how you feel now. I just don't want to take away your options down the road, should you need them. And believe me, I know better than anybody probably, other than your mother, that you would never, ever use them if you didn't have to. I know this. Believe me.

LT: I just, I don't trust the people around him and I just want you to have that for you. Put it in a baggie, put it in a zip-lock bag, and you pack it in with your treasures, for what I care. I mean, whatever. Put it in one of your little antiques.

ML: What for, though? What do you think?

LT: I don't know, Monica. It's just this nagging, awful feeling I have in the back of my head.

LT: Well, I know that. I'm just, I think it's a blessing you do, and it could be your only insurance policy down the road. Or it could never be needed, and you can throw it away.

LT: But I never, ever want to read about you going off the deep end because someone comes out and calls you a stalker or something, and you have (inaudible) and he confirms it. Something, God forbid, awful like that.

LT: And in this day and age, there's nothing I don't, I don't trust anybody. Maybe I'm being paranoid. If I am, indulge me. I'm not saying you should do it if you don't want to; I'm just saying I think it would be a smart thing to do. And then put it somewhere where no one knows where it is but you. And you don't label it, obviously. Of course, you don't say (what it is). 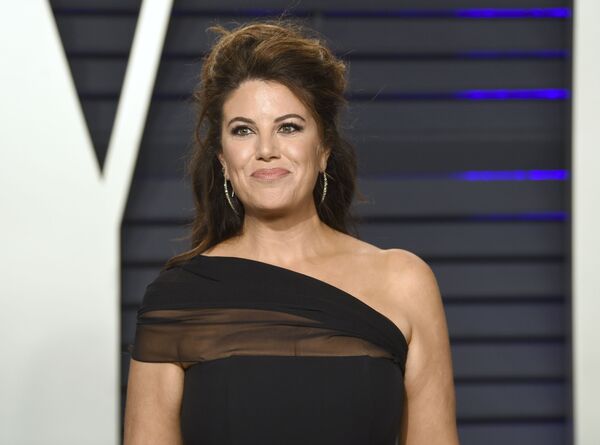 The Lewinsky scandal first broke in The Drudge Report in January 1998 and was then covered by the Washington Post a few days later.

On 26 January 1998 President Clinton, with his wife Hillary standing next to him, said in a televised speech: “I want you to listen to me. I'm going to say this again: I did not have sexual relations with that woman, Miss Lewinsky. I never told anybody to lie, not a single time; never. These allegations are false.”

But in August 1998 he testified to a grand jury that he had engaged in an “improper physical relationship” with Lewinsky.

The stained blue dress - with President Clinton’s semen on it - was used as evidence when Kenneth Starr charged him with perjury and in December 1998 he was impeached but by Congress but, like President Trump earlier this year, was acquitted of the charges and stayed in office until January 2001 when he was replaced by George W. Bush.