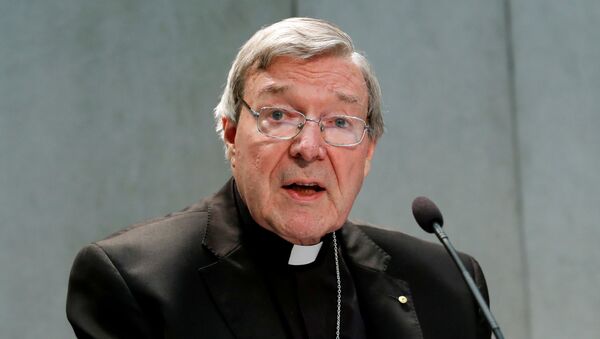 In December 2018, a Melbourne jury found the Australian cardinal guilty of the sexual harassment of two 13-year-old male members of the church choir.

Soon after the court decision, the cardinal departed the prison.

Cardinal George Pell has departed Barwon Prison in a black car. Earlier today he had his convictions quashed by the High Court. https://t.co/2dzkmoyg0q #7NEWS pic.twitter.com/mJprTkQRBq

According to the court order published earlier, the verdicts of acquittal will be entered in their place, which means that Pell cannot be retried for the charges. The jury, acting on the evidence, "ought to have entertained a doubt as to the applicant's guilt", the High Court statement said, overturning the convictions.

The court tweeted its reasons for the new judgement.

Reasons for judgment in Pell v The Queen can be found here: https://t.co/l9E1DMFL9T

In December 2018, a Melbourne jury found the Australian cardinal guilty of the sexual harassment of two 13-year-old male members of the church choir. The sex crimes were committed by Pell in 1996 while he was the Archbishop of Melbourne. In August, he was sentenced to six years in prison. Following the decision, Pell’s attorneys appealed to the Australian High Court.

Pell was considered one of the most influential members of the Roman Curia. At the papal conclave in 2013, when Pope Francis was elected, Pell was seen as one of the most likely candidates for the Apostolic throne.