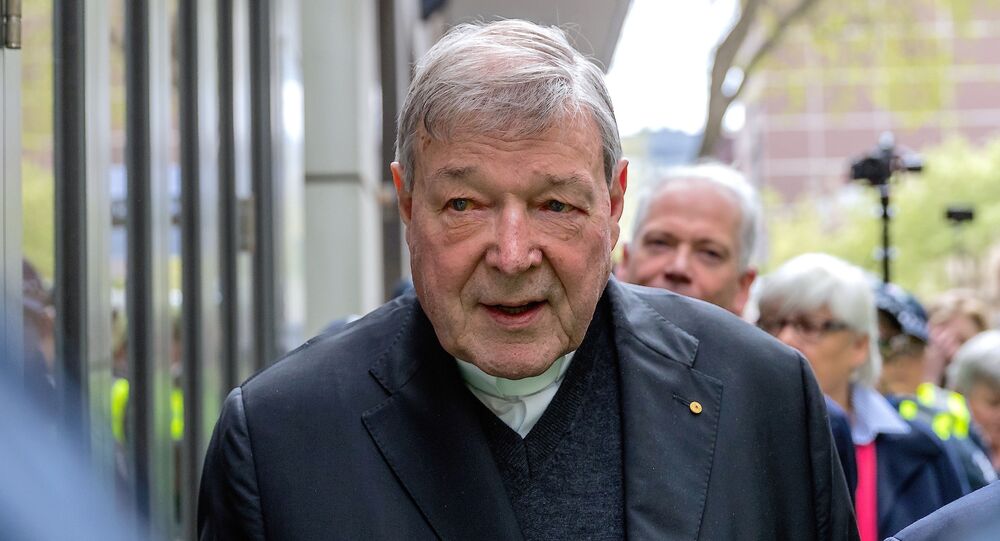 Cardinal George Pell, the senior-most official of the Catholic Church to be found guilty of child sex abuse, had his appeal denied by Australia's Court of Appeal.

On Wednesday, Chief Justice Anne Ferguson, Justice Chris Maxwell and Justice Mark Weinberg announced the dismissal of Pell's appeal of his conviction for his sexual assault of two 13-year-old choir boys in the late 1990s.

"Having reviewed the whole of the evidence, two of the judges … were satisfied beyond a reasonable doubt that Cardinal Pell was guilty of the offenses charged," Ferguson said.

The first argument claimed the jury was unreasonable in how they reached their verdict, while the second said Pell was not able to have his arraignment in the presence of the jury panel, despite jurors and potential jurors having access via video link.

Walker's final argument claimed that the defense team should have been permitted to show an animation prior to the closing address.

According to Ferguson, it was by a unanimous vote that the judges agreed to throw out Pell's second and third grounds for appeal.

“It is not enough that the jury might have had a doubt, but they must have had a doubt,” the chief justice said, reported The Guardian. “This was a compelling witness, clearly not a liar, not a fantasist and was a witness of truth.”

Of those in attendance, anti-abuse advocate Chrissie Foster told The Guardian that she was shocked, but "amazed" by the ruling against the Catholic Church official.

“What a result – it is almost unbelievable. I was not expecting this. I went to all of the second trial, and I could see it, and I just hoped the jury could see it. And they did. It was forensically argued and debated. Now again. I’m amazed. So often [in] these cases hardly any victims come forward. This is a crime fraught with not getting a guilty verdict. Any rape by its nature is done out of sight. Where are the witnesses? There are none. It’s rape,” Foster said outside the courthouse Wednesday morning.

In December 2018, Pell was unanimously convicted of a total of five child sex abuse charges against two 13-year-old boys.

While one victim, now in his 30s, was able to testify against Pell, the other had died of an accidental heroin overdose in 2014. The late victim's father has argued that Pell was the reason his son, who never disclosed the abuse, turned to drugs.

The cardinal has maintained his innocence through his lawyer throughout the entire court proceedings. During Pell's June hearing, Walker cited former Australian High Court Justice Michael McHugh and said “juries are likely to be affected by the prejudices and even the hysterias that from time to time are found in the community.”

On February 26, the Vatican issued a statement saying they would wait until "definitive judgment" is made and legal proceedings cease before taking action against the Catholic Church official. Pell has remained a cardinal throughout this entire process, but was "forbidden to exercise public ministry and, according to the norm, from having contact in any way or form with minors," according to the release.

Australian Prime Minister Scott Morrison said Wednesday that Pell would be stripped of his Order of Australia honor in light of the court's decision.

Pell and his defense team have a total of 28 days to file an appeal in the High Court of Australia.