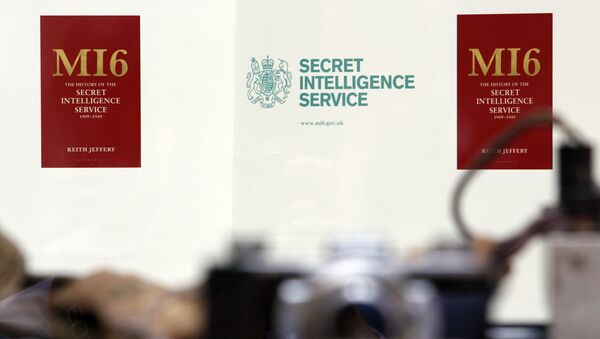 Oleg Burunov
All materialsWrite to the author
In 2017, then-US President-elect Donald Trump rejected a report by Christopher Steele on his alleged ties to Russia as a “political witch hunt” and “phony, fake news”.

Former officer in Britain's Secret Intelligence Service (MI6) Christopher Steele is being sued by three Russian oligarchs mentioned in his “dirty dossier” on President Donald Trump that he allegedly compiled in 2017 to blame Russia for interfering in the 2016 US elections, the Daily Mail reports.

According to the news outlet, banker Peter Aven, billionaire financier Mikhail Fridman, and oil tycoon German Khan deny Steele’s claims that “they did Putin's bidding”, demanding that he should pay damages and “tell the world” that his report was inaccurate and damaging.

Ahead of last year’s hearing at the High Court, Steele reportedly signaled an unwillingness to answer any questions, insisting that it would help identify his sources which he said could endanger them. According to him, the content of his dossier was related to what he was told on the matter.

Judge Justice Warby, for his part, was quoted by the Daily Mail as saying that he expects Steele to give answers because his reluctance to do so may finally backfire on him.

“I may be called on to rule whether he should be compelled to answer a question”, Warby said, adding that he doubts Steele’s ability to prove that his dossier accurately reported just what he had heard.

The newspaper also referred to Steele’s lawyers who, in turn, claimed without elaborating that “some allegations were already in the public domain”.

The document, which was unveiled in January 2017 and then leaked to the US media, asserted that Russian President Vladimir Putin allegedly spent years compiling a damaging “kompromat” file on Donald Trump.

The allegations were dismissed by both Trump and Putin, and even Buzzfeed News, which who initially published the report, noted discrepancies, admitting that nothing in the dossier could be confirmed.

Trump, for his part, referred to the report as a “political witch hunt” and “phony, fake news”, slamming Steele as a “failed spy”.

He was echoed by Russian presidential spokesman Dmitry Peskov who rejected claims that Moscow has "compromising intelligence" on Trump, and described the allegations as an attempt to damage US-Russian ties.

“It is an obvious attempt to harm our bilateral relations. The quality of the public version of the previous report and this hoax is comparable. In English, it is called pulp fiction. Surely, we should react to it with the same sense of humour”, he said.

At the same time, Peskov added that there is a "sad side to it”, referring to the people “who are whipping up hysteria, going out of their way to keep up the atmosphere of a witch hunt”.

Russian officials have repeatedly stressed that Moscow does not interfere in the US political system, adding that the allegations of collusion were made up to explain the election loss of Trump’s opponent Hillary Clinton during the 2016 vote, as well as deflect public attention from instances of election fraud and corruption.