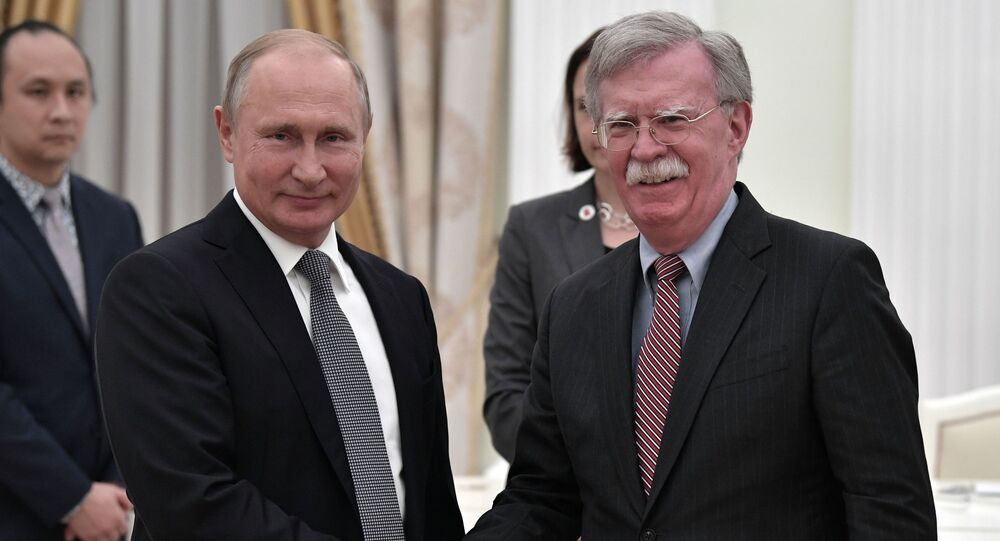 MOSCOW (Sputnik) - The Kremlin does not believe that the resignation of US National Security Advisor John Bolton can change the US-Russian relations, the presidential spokesman, Dmitry Peskov, said Wednesday.

"We do not think that presence or resignation of one official, even at such a high level, can significantly impact US foreign policy," Peskov told reporters when asked if Bolton's resignation could influence US-Russian ties.

The spokesman said that Russian President Vladimir Putin had repeatedly stressed that Russia was ready to look for solutions to improve US-Russian ties.

"But we cannot find this solution on our own. Only two parties together can do it, so we hope for this kind of reciprocity, and hope that this political will is to manifest itself, sooner or later," Peskov said.

The Kremlin spokesman added that Bolton's departure was US internal affair.

"And we do not intend to meddle in these affairs, we never meddled, by the way, and do not plan to meddle now," the spokesman stressed.

When asked if the US policy in the Arctic would change upon Bolton's departure, Peskov said it would not. Bolton was against Russia and China increasing their presence in the Arctic.

"Nothing will change. As for Russia, it will remain a great Arctic power, just like it has been, regardless of where Mr Bolton works," the Kremlin spokesman said.

On Tuesday, US President Donald Trump said he had asked Bolton to resign over policy disagreements, saying he would appoint his replacement next week. Following the resignation, Charles Kupperman, Bolton's deputy, was named as acting national security adviser to replace him until a permanent replacement.