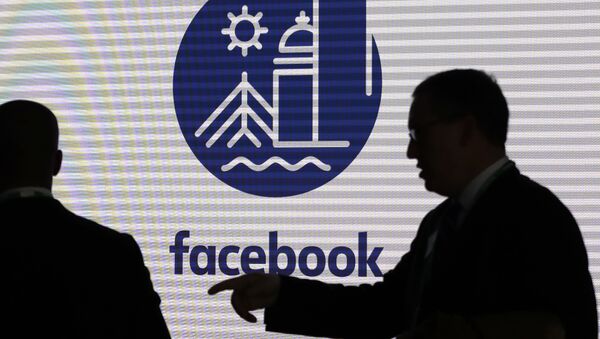 Demond Cureton
All materialsWrite to the author
The announcement was made after numerous users complained that their posts were removed with notices stating that their content had violated "community standards on spam", it was revealed.

Social media giant Facebook has blamed a bug in a spam filter for mistakenly purging valid news stories across the platform, stating it had miscategorised them as violating its content rules, Bloomberg reported on Wednesday.

Some of the posts taken down were related to the coronavirus pandemic, the report revealed.

Facebook Vice President of Integrity, Guy Rosen, tweeted on Wednesday that the bug in the social media platform's anti-spam system was to blame, later adding that all incorrectly removed content had been restored.

But some complained that their content had not been restored despite the assurances. Adjunct professor at Cornell Law and steering committee member for Project Blueprint, Kathleen Bergin, said that her article on Amazon deliver charges had been blocked. "Not a good time for glitches in the algorithm", she said.

​Some questioned the security of the algorithm, with CNET reporter Queenie Wong asking: "If you're a Facebook user, how do you know if you were impacted by this bug or if a content moderator just made the wrong call?

The news comes after Facebook announced on Tuesday that it was "working closely" on coronavirus response efforts and combat "fraud and misinformation" about the pandemic, as well as elevate "authoritative content" on the platform.

"We take down now more than a million fake accounts a day across our network", Facebook CEO Mark Zuckerberg said at the Munich Security Conference in February, adding that "the vast majority" were not connected to "state actors trying to interferene in elections, but certainly part of that is a state effort".

The initiative was launched shortly after the US State Department accused an alleged Russian-linked fake news campaign of spreading misinformation on the coronavirus in late February, despite lacking evidence or support from Facebook and Twitter.

The accusations were made by a State Department official stating Russia was using state media and fake personal accounts to spread the alleged disinformation, which Russia's Foreign Ministry slammed as "deliberately fake".

But Twitter's site integrity chief, Yoel Roth, said at the time that it had not been briefed by the US government, with Facebook cybersecurity policy chief Nathaniel Gleicer adding he had not "received anything yet".

He said at the time: “When you don’t share the evidence behind it, but you make a broad claim, it becomes incredibly difficult to understand if anything is there. But the theory that something is there is off to the races.

Further issues for Facebook arose after France slapped the firm with a €1.1bn fine over anti-competitive practises regarding retail distributors, where it had abused its economic control over independent retailers across France. Two of Apple's wholesalers were also hit with €63m and €76m fines for similar violations, according to the country's competition authority.