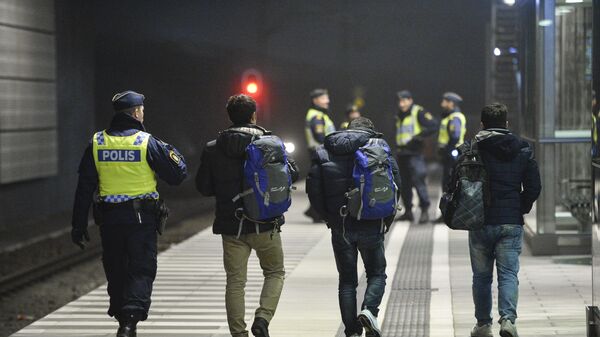 Swedes should no longer keep their migration problem under the rug as the society is growing increasingly polarised over ethnic, religious, and cultural differences, says Luai Ahmed, a Yemeni-Swedish author and journalist.

A Saturday discussion concerning a hijab ban in the southern Swedish town of Skurup, aired by the country's national broadcaster Sveriges Television AB (SVT), triggered a firestorm of criticism on Twitter after an immigrant Muslim teacher who opposed the measure told her opponent to "move away from Sweden", accusing her of racism.

In January, the municipality of Skurup introduced a ban on "headscarves, burka, niqab and other clothing that is intended to hide students and staff" in primary schools and preschools, following in the footsteps of Staffanstorp, yet another town in Skåne County, that announced the measure, backed by the centre-right Moderate Party and eurosceptic Sweden Democrats, in May 2019.

Citing the war of words on SVT's recent show, Luai Ahmed, a Yemeni-Swedish author and journalist, notes that there is a deep "polarisation" in the Swedish society stemming from the fact that two different cultures are trying to co-exist in one and the same country.

"The polarisation was started by immigration", he emphasises. "I always bring this example - if a million Swedes come to Yemen, the same kind of polarisation also would happen but it would be far more aggressive from the Yemeni end".

The journalist suggests that although Swedes do not want Muslims "to feel marginalised", they still want them "to realise that Sweden is a secular society, it's a Christian country". However, these pressing issues are not being openly discussed out of fear that it's not politically correct to raise them, Ahmed notes.

"There are lots of people who say things about Muslims, they say, for example 'I don't want Muslims here', or 'Islam is a horrible religion' - and these people get fined, they go to courts for these statements, they are shunned by society and in many cases they lose their jobs. It's kind of policing of people's opinions that is really making people silent and afraid to express themselves", Ahmed, who came to Sweden six years ago, says.

Despite the problem having long been kept under the rug, the increase in crime, gang rapes, and the emergence of no-go zones that coincided with the soaring influx of refugees from the Middle East, North Africa, and Central Asia speaks for itself. As Swedish sociologists Göran Adamson and Tino Sanandaji outlined in their recent study, in 2017, 58% among those suspected of crime on reasonable grounds were migrants. According to the researchers, the murder rate in Sweden has quadrupled due to migration. It has subsequently resulted in the growth of anti-immigrant sentiment among the Swedes.

At the same time, left-leaning Swedes and pro-government non-profits and think tanks have subjected conservatives to harsh criticism over what they call "racism" and sue Swedish bloggers for their tweets and posts questioning the rationale of Stockholm's "open doors" strategy. 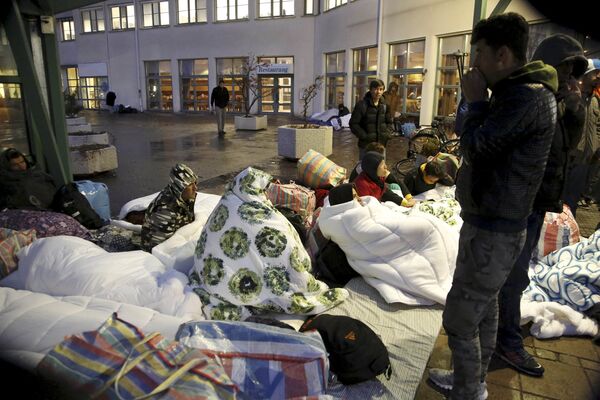 According to the author, the "main conflict" in Sweden is that there is really "no meeting point" for parts of the Swedish society which is divided over ethnic, religious, and cultural values.

Meanwhile, a number of immigrant Muslim enclaves have formed in the country over the years. In particular, Ahmed draws attention to Rinkeby, yet another area densely populated by migrants and people with immigrant ancestry.

In his September 2019 op-ed for the daily newspaper Aftonbladet, the Eurosceptic Sweden Democrats' leader Jimmie Åkesson called for a reduction of asylum immigration and stressed that those who seek Swedish citizenship should learn the country's language and respect Sweden's laws, social codes, norms, and values.

Open Dialogue is the Way to Narrow the Gap

At the same time, Muslims who believe that they are subjected to "racist" and "xenophobic" attitudes are pushing themselves to the extreme, the journalist remarks, adding that the problem is not that they are really "different", but "that they are different to the norms and laws of Sweden".

"This kind of voices, like the teacher who said 'no, this is also our country, if you don't like the hijab, just move out of here', are very dominant in political spheres in Sweden", Ahmed points out. "The voices that say: this is my religion and this is my right - they become the forefront speakers of Islam and Muslims, and that's the scary part. Because the moderates and the people who don't believe in what that woman was saying, they get marginalised".

According to the author, the "main conflict" in Sweden is that there is really "no meeting point" for parts of the Swedish that are society divided over ethnic, religious, and cultural values. Therefore, there should be more transparency on what's going on in Sweden, he insists.

"Today [Swedes] have reached a point with globalisation and mass immigration where these kind of issues need to be discussed and dealt with", Ahmed concludes.

In 2015, a record 162,877 asylum seekers entered Sweden, mostly comprised of nationals from Muslim-dominated Syria, Afghanistan, and Iraq, amid the European refugee crisis. Since then, immigration has slightly decreased and in 2019, about 115,805 people immigrated to Sweden. According to the Migration Policy Institute, foreign-born residents currently represent about 18.5% of Sweden’s 10-million population. For its part, Statistics Sweden, reports that the population increase in 2019 due to the immigration surplus was about 73%, while the birth surplus amounted to just 27%.