While Ripping Bloomberg Into Smithereens, Democratic Hopefuls Failed to Address This Issue – Analyst 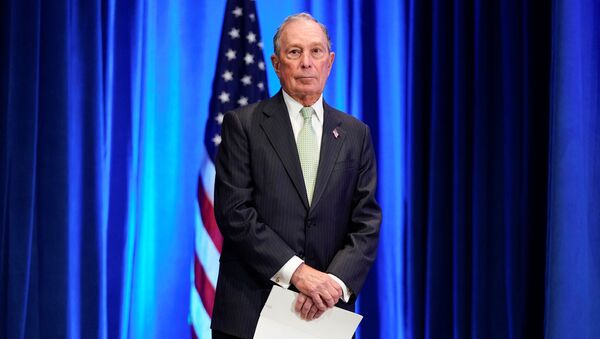 © JOSHUA ROBERTS
Subscribe
International
India
Africa
Ekaterina Blinova
All materialsWrite to the author
Michael Bloomberg made a Democratic debate debut on Wednesday, immediately becoming a punch bag for his opponents even though the billionaire is bypassing the 22 February Nevada caucus. Still, there is yet another skeleton in the former New York City mayor's cupboard his Democratic rivals failed to mention, says Wall Street analyst Charles Ortel.

While targeting the former mayor's demeaning comments about women, wealth, tax returns and nondisclosure agreements (NDAs) concerning workplace misconduct at his media company during the Democratic presidential debate in Las Vegas, Michael Bloomberg's Democratic contenders shied away from raising the issue of his participation in the highly questionable C40 project, points out Charles Ortel, a Wall Street analyst and investigative journalist.

Sputnik: What's your take on a massive attack against presidential candidate Michael Bloomberg from his Democratic rivals over his wealth and past remarks on race and gender?

Charles Ortel: The Democrat party appears to be its own worst enemy – before attempting answers to your question, some context is required.

As the primaries are now set to crescendo, the leading candidate calls himself either an Independent or a Socialist (but not a Democrat). The once presumed front-runner – Joe Biden – barely stumbles through debate answers while trying to claim he is a “progressive” on the strength of little supporting evidence. Elizabeth Warren – who acquired prominence as a tenured law professor at Harvard while faking a Native American heritage – projected extreme anger this week, having only recently claimed she might be the “unifier”.

​While Pete Buttigieg and Amy Klobuchar pretend they are qualified or relevant, they are not, in both cases. So, plutocrat and long-time Republican Mike Bloomberg decided to try to buy the Democrat nomination and possibly the presidency with a tiny fraction of his estimated $62 billion fortune.

It is no surprise, therefore, that all announced candidates might try ripping Bloomberg into smithereens. He did not bother to the hard work of qualifying, as others did, for many previous debates. He has held strident views on numerous topics that conflict with Democrat “orthodoxy”. And, worst of all, he does not need to bother, as others do, with the pesky task of asking for money. It seems he is trying to be the Hillary Clinton of 2020 – damn what the popular vote may be in the primaries, he is entitled to be the nominee.

If he had any winning ways with people in general, perhaps he might have a chance. But his “know-more-than-you” and “richer-than-you” personality is impossible to conceal and grating.

Strange things do happen, but I certainly would not bank on Bloomberg to go the distance, even through the Democratic convention.

Sputnik: In your latest show, you nailed Bloomberg for his participation in a controversial C40 initiative, something that his Democratic rivals failed to mention. Why do you think that the C40 story may pose a serious challenge to the presidential candidate?

Charles Ortel: C40 is a purported association of mega-city mayors that first came together in 2005. The broad concept seems to be that large cities can do much, working together, to reduce the emission of greenhouse gases, and contribute to easing negative drains on Earth’s climate. This, in theory, does sound appealing.

The trouble I see is that, like most parts of the “Clinton Foundation”, “C40” was not originally organised, or thereafter lawfully operated as a US or foreign tax-exempt organisation. This is not a minor, technical issue. Under US laws, only “organisations” may apply to become tax-exempt. To do so as a nonprofit corporation, directors or trustees must adopt articles of incorporation and bylaws, fill out truthful applications for federal and state tax-exemption, and take care to comply with all relevant laws, inside and outside the United States of America.

If Mike Bloomberg had no experience organising or operating charities, and had never held high office within New York State, one could excuse his participation in C40, which has lent it a semblance of legitimacy. But Mike has been quite active in philanthropy, and was Mayor of New York City in 2010 we agreed to take the “Chair” of “C40 Cities”,  so he and his team should have checked C40 records more carefully, which he evidently never did.

As I explain in the latest podcast, pointing to extensive evidence and links online, C40 does not appear to have registered lawfully in New York (or anywhere else). To me, it seems like an excuse for mega-city mayors to travel, with staff, to conferences and then be entertained by potential vendors, bankers, accountants, consultants, and lawyers, trying to concoct deals that sound “green”, but arguably are nothing more than standard maintenance of capital improvement projects. 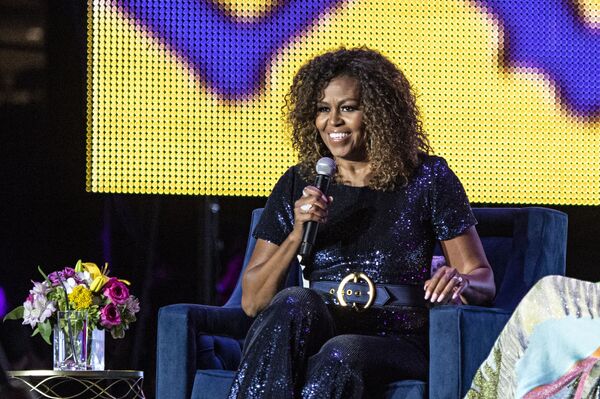 Sputnik: Dems are clearly divided, which offers no guidance in determining who is likely to be named as the nominee to confront Trump. Who is the most likely contender? Does Bernie Sanders have a chance to win the nomination? Who could unite the Democratic camp and what do you make of reports that Michelle Obama may step in to carry out this mission?

Charles Ortel: Bernie Sanders, should his health hold out, does seem to be the most likely person to win the Democrat nomination to seek the US presidency. But, Democrat party elders are correct to worry about this, because he has a zero percent chance to defeat President Trump, should the president’s health hold out.

Ask the people of Venezuela and Cuba about socialism, run by economically illiterate kleptocrats. Swing state voters will never rush into an experiment with Bernie, especially now that they have gained from three plus years of Trump.

No other announced candidate has a fighting chance to run the electoral map and defeat Trump, whether the economy remains strong or not and whether America remains safe or not from geopolitical attacks.

Hillary Clinton will demolish herself in any attempt to steal the 2020 Democrat nomination. On the other hand, a draft Michelle movement could bring the Obama family back, almost, to the White House. Michelle is popular, and the media will promote her. But, in the end, any fair examination of the Obama record compared to the Trump record will disappoint supposed experts again.

Judging rally crowd sizes, hard economic metrics, and Trump’s short record of major accomplishments fighting dread opposition from everywhere, one should turn one's attention to the House and Senate races because that is where the real drama will be for the balance of this year, as things stand today.